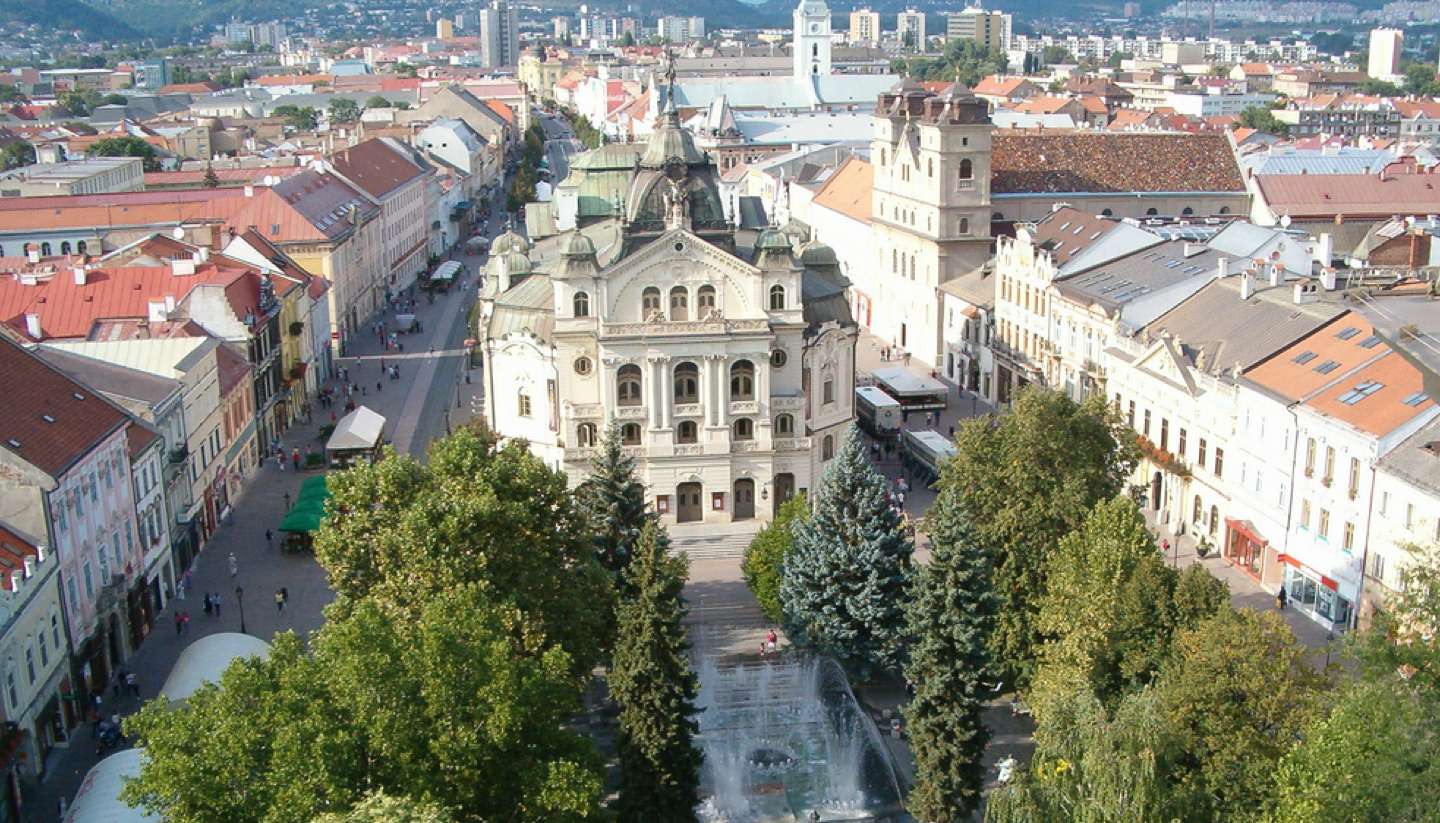 Rudolf Abraham shows you how to make the best of a 24-hour sojourn in the city.

With its well-preserved historic core and wealth of cultural events and festivals, Slovakia’s second largest city, Košice was deservedly awarded the status of European Capital of Culture in 2013, sharing the title with Marseille.

Early morning is the best time to head for the bustling, colourful market on Dominikánske námestie, where stalls sell locally grown fruit and vegetables, cheese, honey and other produce. The market is there between spring and autumn, as well as on festive occasions outside this period such as Christmas and All Saints’ Day, with Saturday morning being the busiest time.

Visit the Botanical Gardens (Mánesova street 23) – the largest in Slovakia, and a riot of colour from spring through to autumn – with their extensive collections of cacti, orchids and tropical plants. Jump on a no. 7 tram from the main post office to get there. After a leisurely stroll through the gardens, head back into the city centre, stopping to visit the Sándor Márai Memorial room (Mäsiarska street 35), a collection of personal objects formerly belonging to the acclaimed writer Sándor Márai, who was born in Košice.

Something which no visitor should miss is Košice’s long, pedestrianised main street, Hlavná. Running through the heart of the old town, it is lined with fine architecture and broadens at its mid-point into an almond-shaped square. On the ‘square’, visit the impressive St Elizabeth Cathedral (also known as Dóm Sv Alžbety), with its extensive sculptural decoration and Gothic double-staircase, one of only five in the world. The largest cathedral in Slovakia and one of the easternmost Gothic cathedrals in Europe, it also contains an enormous winged altarpiece. On either side of the cathedral you’ll find the 14th century St Michael’s Chapel, and a St Urban’s tower (a bell tower dedicated to the patron saint of winemakers). At the far end of Hlavná, you can visit Lower Gate (Dolná brána) an underground museum complex and exhibition centre with the remains of the original medieval city gate.

There are plenty of vineyards in this region of Slovakia, as the name of the bell tower on Hlavná implies, and visiting some of these makes for a rewarding half-day outing. Take a tour to the Tokaj wine region, east of Košice, and visit atmospheric old wine cellars, tasting different varieties of this sweet, highly acclaimed dessert wine. Tours last approximately 4 hours.

Alternatively, for a longer excursion – you won’t arrive back in Košice until late afternoon – drive or take a tour to Bardejov with its beautifully preserved Renaissance old town centre (a UNESCO World Heritage Site), and the scattering of old wooden churches (also UNESCO-listed) along the Polish and Ukranian borders, including at Ladomírová and Hervatov, both of which have outstanding examples of traditional folk architecture.

Turn off Hlavná and explore some of the side streets. Start with Hrnčiarska, a nicely renovated, narrow, cobbled lane lined with traditional local crafts shops – from potters and metalworkers and their workshops to bakers and pharmacies selling dried medicinal herbs. These make great places to buy authentic local souvenirs – in particular the pottery workshop of Igor Macák (Hrnčiarska 953/19). Next, visit Mikluš Prison on Miklusova vaznica, with its suitably grim executioner’s chair and cells where unfortunate prisoners carved their names and dates into the walls. Finally, visit the Eastern Slovak Museum (Hviezdoslavova 3) at the other end of Hlavná to gain a better idea of the city’s past.

Košice has some great street art, with more of it appearing each year during the Street Art Communication Festival in August. Perhaps not surprisingly, you won’t find any street art on Hlavná itself – though it’s well worth asking at the Tourist Information Office there (Hlavná 59) where new works are. Vodná, near the corner of Hrnčiarska, is a good place to begin your search.

Wander along Hlavná and stop in at Med Malina (Hlavná 81), a cosy restaurant with rustic, folksy décor, and great food. Then head for dessert at one of the city’s many cafés serving cakes and pastries – perhaps the nearby Zákusky od Babičky (Hlavná 60), or one of the popular, hip bars and cafés on Kováčska. Try to catch one of the many shows or festivals, especially the Wine Festival if you’re in town during September or the Jazz Festival which runs through autumn. Details of all festivals and events can be found at the Tourist Information Office

For excellent, traditional Slovak cuisine, head for Villa Regia (Dominikánske námestie 3), where you can indulge in delicious local specialities like mačanka (mushroom soup) and bryndzové pirohy (succulent, ravioli-like pasta filled with bryndza sheep’s cheese and smothered with sour cream and chopped bacon), washed down with a good Slovak beer such as Brokát Dark. After dinner, wander over to the streets on the opposite side of Hlavná, and duck into Villa Cassa (Pri Miklušovej väznici 2), a favourite local wine bar with a huge range of Slovak and international wines – there are some 800 labels in stock. They also serve cheeses, dried meats and other nibbles. If you’re still going after this, head for the nearby Jazz Club (Kováčska 39), where you can catch local and international acts before heading back to the hotel to catch up on your sleep.