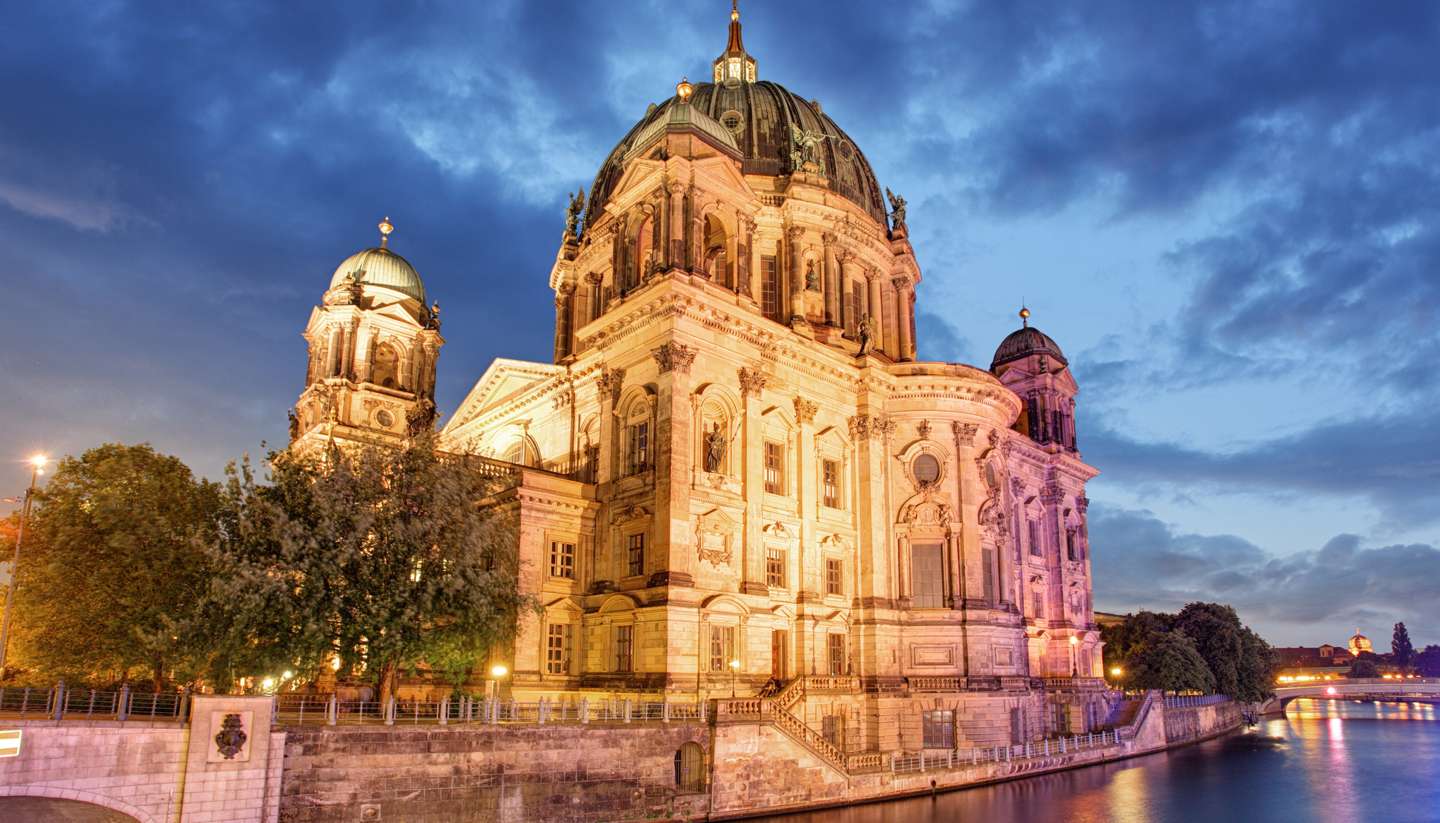 Famed for its nightlife, Berlin also has a dramatic history, museums and hip districts alive with bars, cafés and restaurants. Here are some of the highlights of Germany’s largest city.

The longest surviving stretch of the Berlin Wall is at East Side Gallery; with over 100 graffiti artworks, it’s considered one of the world’s largest outdoor art galleries. For an alternative look, the Gedenkstätte Berliner Mauer (Berlin Wall Memorial) preserves a section of the Wall as it would have looked up until its fall in 1989 and provides historical insight. Another arresting sight is the disquieting and controversial Memorial to the Murdered Jews of Europe. For further details and more top sights, see our Things to See in Berlin section.

From cheap and plentiful taxis to a highly efficient metro and tram system, the city is easy to get around – particularly as it has the lowest number of cars per person in Europe. Make like the locals hire a bike – there’s an extensive network of cycle paths and the terrain is flat. See our guide to Getting Around Berlin for full details, and our Berlin Tours and Excursions section for biking and walking tour recommendations.

Compare hotel rates in Berlin and find the best deal

When it comes to nightlife, options are endless, as our Nightlife in Berlin section reveals. Top of most clubbers’ lists is Berghain, as legendary for its strict (and often random) door policy as its parties that run for days, but those after a quiet beer in a traditional pub, or kneipen, won’t be disappointed either. And jazz music aficionados head straight for A Trane Jazzclub, which is open every night and has an ever-changing roster of musicians.

The city’s low cost of living, thriving creative scene and nascent popularity as a startup hub have resulted in a diverse and cosmopolitan population and exciting food scene too. From hipster bars offering American-influenced fare to myriad ethnic haunts and Michelin-starred dining, the city has it covered. For a roundup of the best in town, see our Restaurants in Berlin guide.