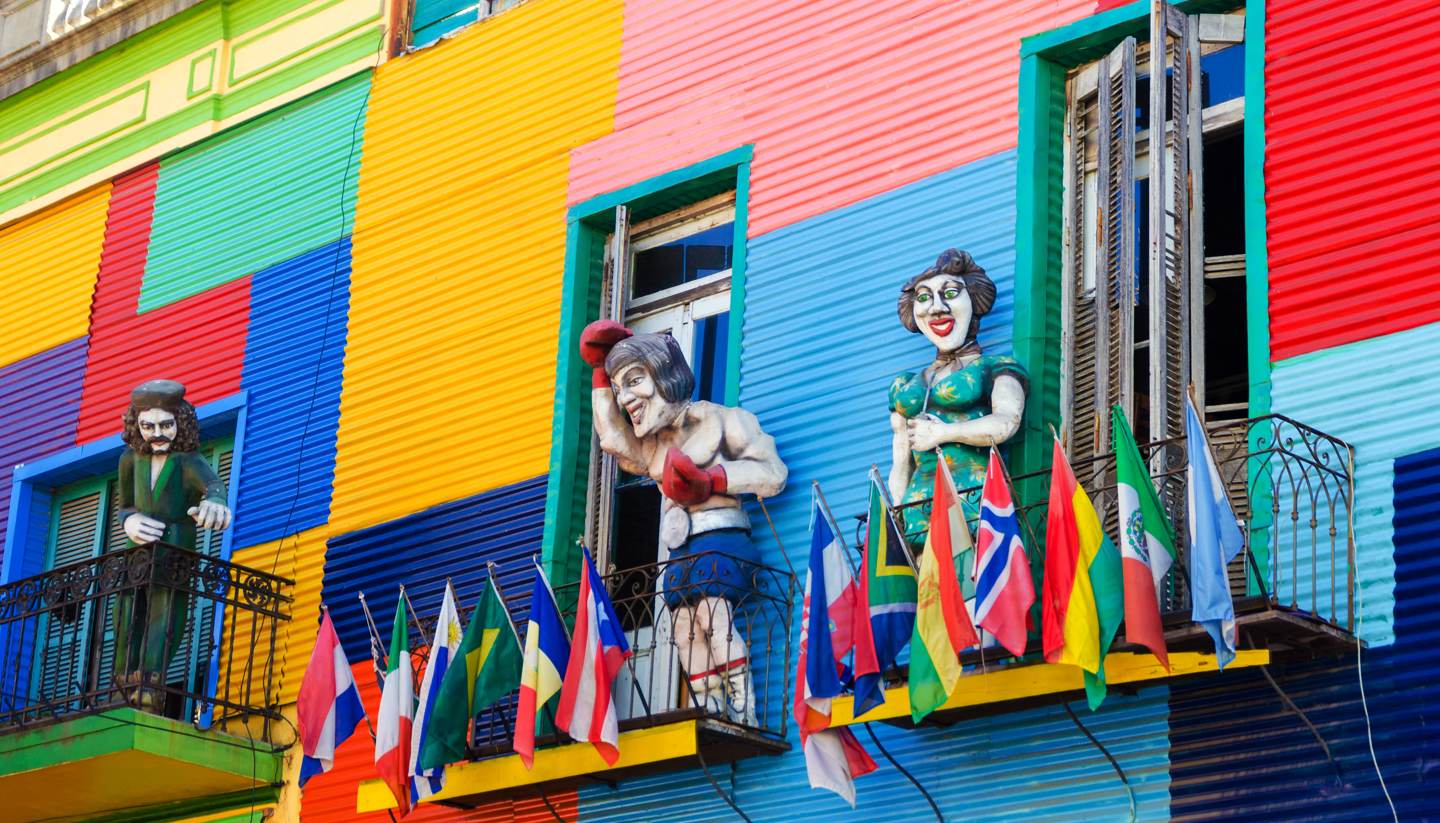 With European-inspired architecture and an energetic nightlife, Buenos Aires has to be one of the most exciting cities in the world to visit

Architecture inspired by Paris and Madrid and wide, tree-lined boulevards give Argentina’s capital a distinctly European flair, but the hustle and bustle combined with an energetic nightlife scene points firmly at a Latin American way of life. Add to this a thriving restaurant scene, beautiful parks and world-class museums, and you’ll never want to leave.

Autumn (March-May) is a lovely time to visit; the days are sunny but not too hot, and there aren’t too many crowds. It’s a good time to attend art and film festivals too.

Winter (June-August) in Buenos Aires is mild, with little chance of snow, but the days can be overcast and the nights chilly. This is a good time to find a hotel or flight bargain, although things pick up in July and August as it’s the summer holidays in North America and Europe.

Spring (September-November) is another great time to visit; the city’s residents come out of their winter hibernation and the jacaranda trees are blooming. A highlight of this time is La Noche de los Museums, when over 250 museums and galleries open until late.

Summer (December-February) tends to be hot and humid. January is the warmest month (25C) and many locals leave the city for the coast during this time.

Buenos Aires’ city centre is easily explored on foot, and a grid layout makes it easy to navigate. For longer journeys, the metro, or Subte, is fast and cheap, as are buses which run 24 hours a day. Taxis are inexpensive and can be hailed on the street, but stick with Radio Taxi – you’re less likely to get scammed as all drivers are registered with the company rather than working for themselves. Another option is to cycle; the city is flat and there are miles of protected bike lanes. Hotels often offer free bicycles to their guests or you can rent a bike from the city’s Ecobici bike share scheme.

For more details on transport options, see our Getting around Buenos Aires page

Museo Evita
Set in an ornate mansion dating from 1923, this museum explores in detail the personal life and enduring appeal of Evita Perón, who became the first lady of Argentina when her husband, Juan Perón, became president in 1946 – until her death in 1952 aged only 33. She was known for her beauty and style as much as her charity work, and a highlight is a selection of her clothing and accessories.

Puerto Madero
This former working dock has been turned into an upscale waterfront destination, with shops, galleries, restaurants and bars making it a great place to visit day or night. There are also several museums, plus walking and hiking trails in the Costanera Sur Ecological Reserve.

Plaza de Mayo
Buenos Aires’ oldest square has seen many important events: it was the scene of the May revolution in 1810 that led to independence (hence the name), and Evita Perón memorably addressed the crowds from the balcony of the Casa Rosada, a government building, in the late 1940s. Poignantly, the mothers of missing dissidents during the country’s military dictatorship in the 1970s still march around the square on Thursdays. 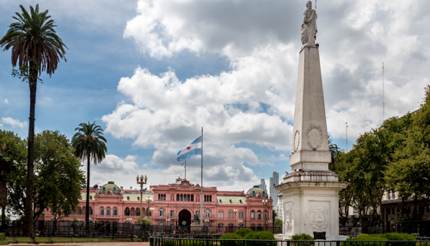 San Telmo
The city’s oldest barrio is hugely atmospheric, with cobblestoned streets, faded historic buildings and a wide range of dining and nightlife options. This is the place to catch tango performances – either on the street or in a theatre – and on Sundays there’s an antique market.

Check out our Things to see in Buenos Aires guide for more must-see recommendations.

See the Argentinian countryside by hot air balloon
Hot air balloon trips start in the village of Capilla del Señor, 50 miles (80km) outside of Buenos Aires and take around an hour; the views of the rolling countryside below are unforgettable. Time your trip with the sunset, or combine it with lunch and afternoon horse riding.

Visit the world’s most beautiful bookshop
Originally built as a theatre in 1919 and later converted into a cinema, El Ateneo Grand Splendid certainly still lives up to its name. While the theatre seating has been replaced by bookshelves, the frescoed ceilings, plush red curtains and ornate theatre boxes remain, making for an incredible place to browse.

Check out a giant flower sculpture
Set in an attractive park, this huge steel and aluminium flower by the artist Eduardo Catalano has six petals, each 20m high, that open slowly at sunrise and close at sunset. At night, the flower glows red, and by day it reflects the city. 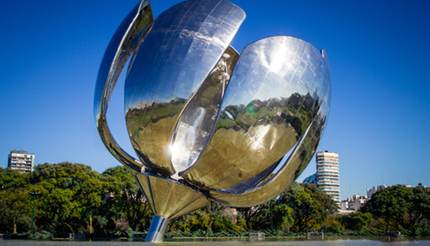 Check out our Things to do in Buenos Aires page for more recommendations.

Tipping: Tipping is not mandatory in restaurants in Argentina but if you wish to leave something, 10% is more than enough. It’s common to tip hotel staff (doorman, porter, cleaning staff) with a few pesos, and tour guides around 10-20%. It’s not necessary to tip taxi drivers, but many people round off the fare to the nearest peso and leave the driver the change. 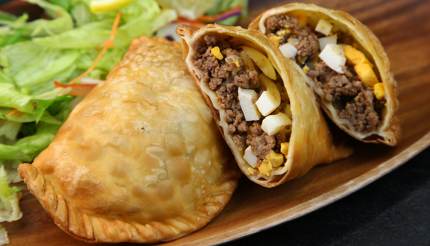 Generally, the cheaper hotels are in San Telmo and around Avenida de Mayo, while luxury options can be found in Puerto Madera or Recoleta. Another good area, particularly for boutique hotels, is the trendy Palermo district. Splash out with a stay at the opulent and luxurious Faena Hotel which has its own tango theatre and a swimming pool with a fountain in the centre. For our hand-picked recommendations ranging from cheap to expensive, check out our Hotels in Buenos Aires guide.

While New York is famously known as the city that never sleeps, Buenos Aires could give it a run for its money. Things start late here – it’s not uncommon for people to have dinner at 1am, and for nightclubs to only open at 2am – and tastes are catered to, from trendy cocktail bars and hip speakeasies to rock and dance clubs. Naturally, it’s the best place to see tango, and there’s also a thriving classical music and opera scene. For our recommendations on bars, nightclubs and live music venues, see our Nightlife in Buenos Aires section. 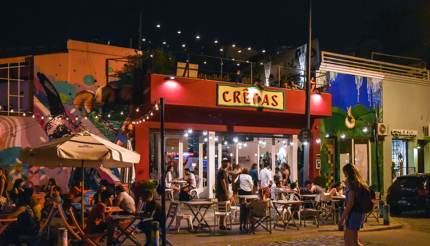 Nationals from the UK, other EU countries and the USA do not need visas to visit Argentina if they are visiting for a holiday of up to 90 days. Canadian and Australian citizens need to pay a fee online before travelling and show proof of payment upon arrival. Citizens of other countries should check with their relevant embassy before planning a trip. For more information, check out the Argentina Passport and Visa page.

Where to go on holiday in January 2020