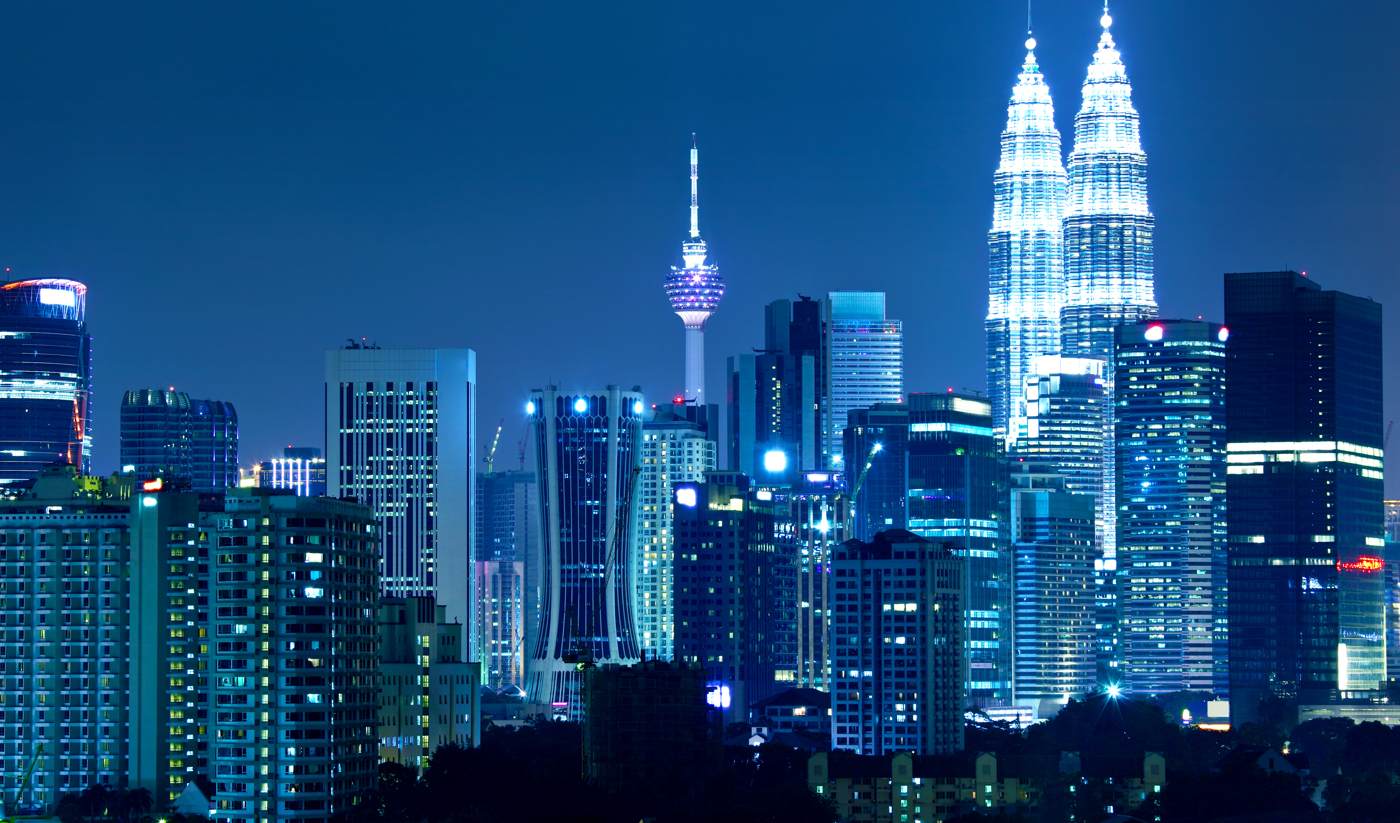 Beyond its new-build skyscrapers, KL’s ethnic neighbourhoods provide myriad sights and flavours, from the joss houses of Chinatown to the saris and spices on sale in Brickfield, or Little India.

Malaysia’s capital city sprawls out from under its iconic Petronas Twin Towers – the world’s tallest twin buildings. They give an unbeatable bird’s eye view over this metropolis of seven million people. The city brims with life; its many vivid cultures, religions and civilisations living together in harmony.

Things to see and do

Founded in 1857, Kuala Lumpur (the name literally means “muddy confluence”) sits at the meeting point of the Gombak and Klang rivers. Step back into the city’s colonial past with a visit to the 1910 Moorish-inspired Kuala Lumpur railway station, once described by Paul Theroux as ‘the grandest station in Southeast Asia’. Designed by British architect Arthur Benison Hubback, the station’s minarets and chhatris portray the myriad influences that have shaped Malaysia’s capital. From here, the country’s rich tapestry of ancient cultures and modern history can be further explored at the Muzium Negara (National Museum), one of our recommended things to see in Kuala Lumpur. The museum’s eye-catching building sits opposite the Perdana Botanical Gardens, a 90-hectare (200-acre) city park with boating lakes, sculpture gardens, butterfly house and an excellent bird park with exotic Malaysian birds.

Shopaholics will revel in the craft fairs and futuristic shopping centres of Kuala Lumpur. Prices are low, sales tax can be reclaimed on departure and haggling is widely encouraged. if you’re a newcomer to the city should skip the flashy malls and hotfoot it to KL’s landmark art deco Central Market – the place to come for woodcarvings, batiks, pottery, tribal baskets and Kris daggers. The market’s tucked-away Annexe Gallery hosts art shows, and the second level is given over to a bustling food court. Elsewhere, eye-catching religious bric-a-brac can be found in the backstreets of Chinatown and Little India. For more shopping tips, including the best places to buy Malaysia’s world famous Royal Selangor Pewter, visit our KL shopping guide.

Just as Kuala Lumpur’s population has more than doubled in the past fifteen years so its nightlife offering has more than kept pace with the growing demand. Despite being a Muslim majority country, alcohol is freely available in Malaysia. The slick 33rd-floor SkyBar attracts an exclusive crowd with its views of the Twin Towers and stylish swimming pool. Down below, along KL’s bustling backstreets, cocktail bars and late-night speakeasies rule. Of the latter, Barlai is one of the city’s finest. Its nondescript entrance leads through to an old townhouse filled with reclaimed furniture, bamboo blinds and exposed brickwork. For live music, another trendy spot in our Kuala Lumpur nightlife guide is KL-Live, a multipurpose music venue spread across two floors which has previously hosted the likes of UB40, Foals, Nile Rodgers and Stereophonics.

Eating out is a national pursuit in Malaysia and its capital enjoys the most eclectic culinary scene you’ll find anywhere in the country, reflecting its multi-ethnic population. Street markets remain at the core of the city’s food offering. Jalan Alor is our recommendation, an anonymous backstreet that comes mid-afternoon is transformed with stalls and food vendors serving the best vegetable curries, satay chicken and noodles dishes late into the night. A more upmarket recommendation, in our Kuala Lumpur restaurant guide, is the Bijan restaurant in Kuala Lumpur’s Golden Triangle, the city’s main shopping and nightlife district. Malay cooking is exquisitely prepared with market-fresh ingredients, with delicacies like ikan bakar (grilled fish in banana leaves) and rendang kambing (a rich, coconut-creamy lamb) on the menu.