Sofia has a rich history stretching back 3,000 years and with the remnants of Thracian, Roman, Ottoman, and Russian influences that still pervade today, visitors will be charmed by this fascinating capital of Bulgaria.

The best time to go

Spring (March-May) is warm and rainy, with temperatures rising from 6C in early spring to 12C in May. Freshly blooming flowers adorn city streets, and locals celebrate a cluster of national holidays, including Orthodox Easter, Liberation Day (3 March), and St George’s Day (6 May).

Summer (June-August) in Sofia is hot and humid with temperatures rising to over 30C in August when heatwave strikes. However, nearby Mt Vitosha provides plentiful relief, as do air-conditioned museums and places of worship in the city, which are popular among tourists.

Autumn (September-October) is a time of mild weather (10C-23C) and vibrant cultural celebrations. This is an ideal time to hike Mt Vitosha, or admire colourful foliage in Sofia’s many gardens. Tourist numbers also begin to fall as the season progresses, which means good deals abound.

Winter (November-February) is marked by a rapid drop in temperature and a heavy coating of snow. While temperatures may dip below the freezing point, emotions are high: the December Christmas Market is a jolly must-see, and skiing on Mt Vitosha will bring a ruddy joy to any thrill-seeker’s cheeks.

Sofia has a well-functioning public transportation system built on a network of trams, buses, and trolley buses, as well as two metro lines. Tickets can be purchased from kiosks, metro stations or newsagents near major bus stops. Metered yellow taxis (marshrutki) and blue minibuses are also viable transportation options. For other tips such as car or bicycle hire, visit our getting around Sofia guide.

Boyana Church
A UNESCO World Heritage Site, this site consists of three separate, interconnected buildings, dating respectively back to the 10th, 13th, and 19th centuries. The well-preserved frescos decorating the second church make this site one of the world’s most important collections of medieval paintings.
Website: http://www.boyanachurch.org 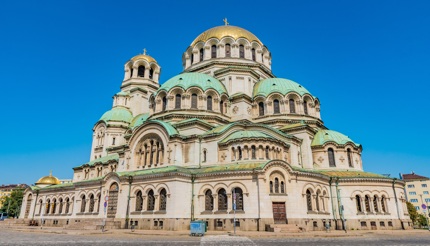 Banya Bashi Mosque
Banya Bashi, meaning ‘a lot of baths’, is the only still active mosque in Sofia. Its interior walls are simply stunning, covered with aquamarine tiles and calligraphy, and carpeted in red fabric. Behind the building, you will find the city’s Central Mineral Baths and a public mineral water fountain, from which you can fill your water bottle and drink.

The Rotunda of St. George
This simple red-brick building, lined with faded frescos and surrounded by a complex of archaeological monuments, is the oldest Eastern European Orthodox church and the second oldest building in Sofia. Since the Romans constructed it in the 4th century, it has been destroyed by the Huns, rebuilt as a Christian church, converted to an Ottoman mosque, and then restored to its current condition.

For more ideas on key attractions, check out our things to see in Sofia page.

Ancient Serdica Complex
Discovered in 2004 during construction in Sofia’s city centre, this 9,000 square metered archaeological complex dates back to Sofia’s days as the Roman city Serdica, a prominent commercial and political centre. Excavations and reconstruction have revealed several large buildings inhabited by important Serdica residents, an amphitheatre, and the Decumanus Maximus, the city’s main street. 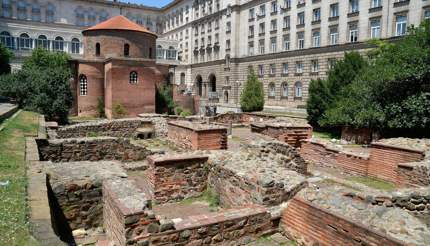 Museum of Socialist Art
Located a bit off the beaten track, this museum is dedicated to art of Sofia’s socialist period, from 1944-1989. In the sculpture park outside, you’ll find a widespread smattering of statues, including several large ones of Lenin.

For more offbeat tips including getting thrashed at chess in Gradska Gradina, see the things to do in Sofia page. 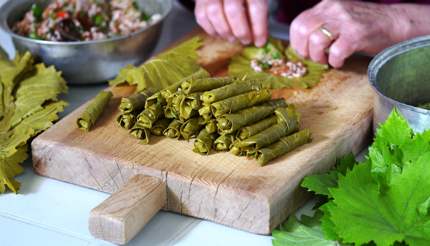 Sofia is great news for budget-conscious travellers as hotel prices are generally low by European standards. Many budget hotels are located around Banya Bashi Mosque and south of Palace of Justice. For 5-star luxury, Arena di Serdica brims with opulent elegance and has an original Roman amphitheatre in its grounds – how cool is that eh?! See our hotels in Sofia guide for more information.

Sofia loves a good party so there are plenty of sleek pubs and vibrant nightclubs attracting EDM heads. Taking about which, Yalta Club (right by Sofia University St Kliment Ohridski) is often voted as one of the world’s best 100 clubs and it’s a perfect place to dance the night away. Check out the nightlife in Sofia guide for more information. 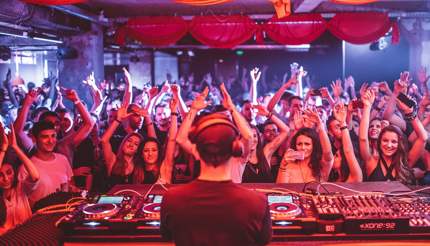 Yalta Club, one of the best clubs in the worldYalta Club

British nationals don’t need a visa to visit Sofia, but your passport must be valid for at least three months beyond the length of your stay. If you’re from another country and not sure what is required, then check out the Visa Requirements to Bulgaria page.

Sofia is an exciting city to visit, so do your research by checking out the complete city guide to Sofia, Bulgaria before you go.