Handpicked from a wealth of historical and cultural landmarks, our Liverpool highlights include iconic attractions, heady club nights and buzzworthy dining.

Once known as the second city of the British Empire, there’s far more to Liverpool than just the Fab Four, football obsessives and its bygone industrial glory days. The city has been recognised not once but twice by UNESCO and today boasts more than 2,500 listed buildings, a remarkable portfolio of museums and some of the best shopping experiences in Britain. But it is Liverpool’s thriving cultural scene and irrepressible lust for life that makes the city such an unforgettable travel destination.

Intercity services run from major towns and cities into Liverpool Lime Street Station, which is served by numerous train companies, including Virgin Trains and East Midland. The journey from London takes less than three hours.

easyJet and RyanAir serve as the main airlines operating out of John Lennon International Airport. For more information on making a grand entrance in Liverpool, see the Travel to Liverpool page.

Liverpool is a city that’s undergone a major cultural renaissance in recent years, becoming what it is today: a vibrant hub for music and the arts. A new addition to the landscape for 2017, the British Music Experience opened up its collection of more than 600 exhibits to the public in March. From Geri Halliwell’s Spice Girl-era Union Jack dress to David Bowie’s Ziggy Stardust costume, the museum documents the best in Britain’s pop music heritage and is the perfect fit in a place designated by the Guinness Book of Records as the ‘World Capital City of Pop’,

Nearly a decade on from its spell as European Capital of Culture, Liverpool continues to flourish with a busy calendar of festivals, exhibitions and major sporting events. Click to see some of our highlights from the annual celebrations and events held in Liverpool.

Liverpool’s two iconic cathedrals are both noteworthy city attractions, fit for any sightseeing tour of the city. As Britain’s largest Anglican church, Liverpool Cathedral is an imposing neo-gothic building, designed at the turn of the 20th century by Sir Giles Gilbert Scott – the architect behind Battersea Power Station and the iconic red telephone box. It’s worth visiting just for the panoramas from the top of its 101m (331 ft) tall tower, which on a clear day offers views as far as the Blackpool Tower.

A few minutes away by foot, its architectural antithesis is found in the upturned funnel of the Metropolitan Catholic Cathedral, whose modernist circular interior is suffused with soft, blue light from contemporary stained-glass windows.

Towards the banks of the Mersey, the northernmost Tate Gallery, Tate Liverpool, promotes a revolving carousel of exhibitions. Through the summer of 2017, the works of Tracey Emin and William Blake will be in focus, displaying alongside the gallery’s permanent collection that includes artwork from Grayson Perry, L. S. Lowry and Pablo Picasso.

Art in Liverpool isn’t restricted to the city’s gallery walls either. The Tate recently supported the launch of ‘Everybody Razzle Dazzle’, a colourful pop art design by Sir Peter Blake which decorates a Mersey Boat and honours the dazzle camouflage patterns first used on vessels in World War One.

From the International Slavery Museum to the Museum of Liverpool, there are countless tourist attractions along the banks of the Mersey. For tips on where to start a visit to the city, see our list of things to see in Liverpool. 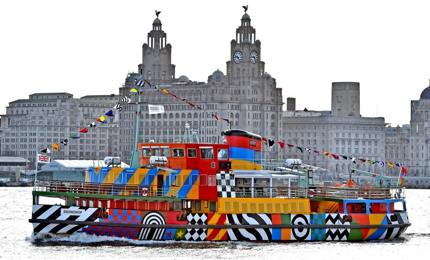 If you really want to penetrate the soul of Scouse culture, take a ferry across the Mersey for far-reaching views of the docks and the city beyond. Liverpool Watersports Centre offers a modern twist on the classic journey with hour-long powerboat rides around the docks.

A typical weekend in Liverpool invariably brings with it a smorgasbord of sporting action. Whether crammed into the Kop to watch Liverpool at Anfield, or backing a winner at Aintree Racecourse, there’s rarely a quiet weekend in the sporting calendar.

Check out our guide for what to do in Liverpool this year.

Liverpool’s large student population, musical muscle and devotion to a good night out have sealed its reputation as a year-round party town. The weekly Love Wednesdays club-night at Level remains one of the best nights out in the region.

For less synthesised rhythms head to the famous Cavern Club, on Mathew Street. A replica of the Beatles’ original haunt, it celebrates its 60th anniversary in 2017 and is still a great venue to catch original live bands, alongside more questionable mop-topped impersonators.

Between the city’s iconic cathedrals, another local institution: the Everyman Theatre. A former launchpad for Bill Nighy and Julie Waters in the 1970s, the playhouse got a £27m refurbishment in 2014 and today hosts some of the most electric live theatres in the region.

For tips on finding the best night out in Liverpool see our nightlife guide. 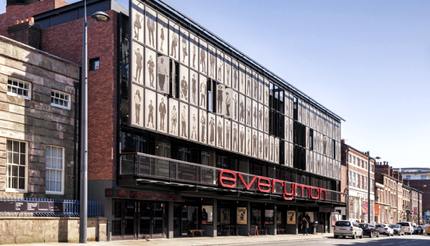 Liverpool has a thriving restaurant scene. From sophisticated fine dining to independent bistros, the culinary choices are ever expanding with no fewer than 30 new restaurants opening in the city in 2016. The Art School on Sugnall Street remains one of the city’s finest restaurants, and the place to indulge in a seven-course tasting menu and accompanying wine flight.

Nearby, a buzzworthy strip of restaurants dominant the gastronomy landscape along Hope Street. Highlights include the Mediterranean-inspired dishes at Ego Restaurant, and contemporary brasserie The London Carriage Works, plating up inventions from one of the city’s most decorated chefs, Paul Askew.

For more restaurant recommendations, see our guide to eating out in Liverpool.