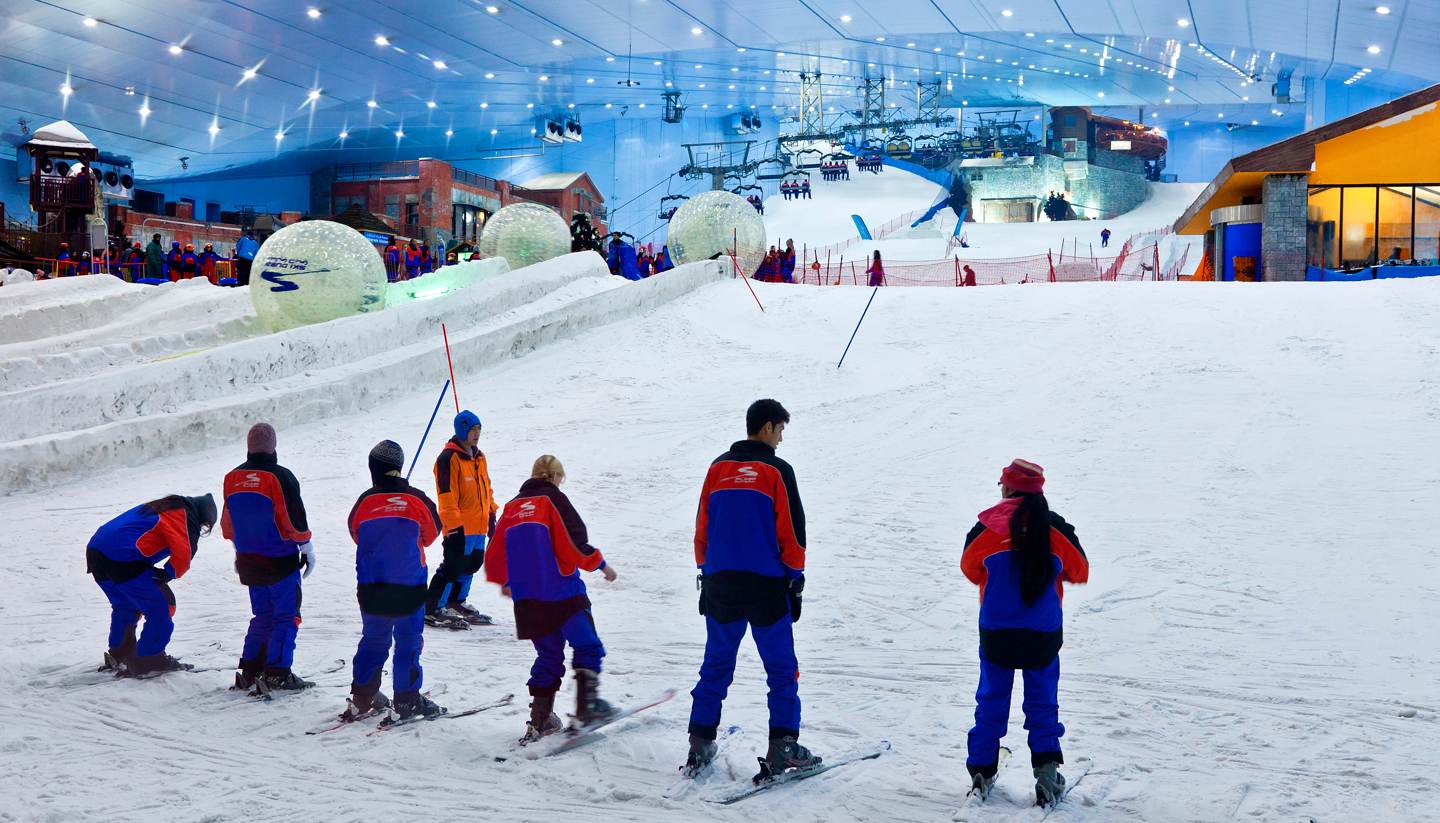 You may be just learning how to strap on your skis or wanting to practise a few runs before visiting a ski resort – no matter what you are looking for, these top five indoor ski centres allow you to practise and have fun.

Even when the mercury makes its way up to 35˚C (95˚F), scores of snow devotees still step into salopettes and zip up ski jackets in the desert heat of Dubai. Found among a mountain of fashion houses in the Mall of the Emirates, Ski Dubai is an indoor ski slope with all the trimmings of an alpine holiday – evergreens and faux-Austrian chalets included.

For those learning how to ski, the centre has a number of gentler gradients. There are five full ski runs that slalom from simple through to tricky for the more advanced. The longest slope is 400m (1,312 ft) and there is a Freestyle Zone for those wishing to perfect their double rodeos. Before you go, purchase tickets for Ski Dubai with fast track access on our site.

For those not looking to ski, Ski Dubai also hosts a snow park where you can indulge in the magic of making a snowman or having a snowball fight. Click here for the Snow Park tickets with fast track access. 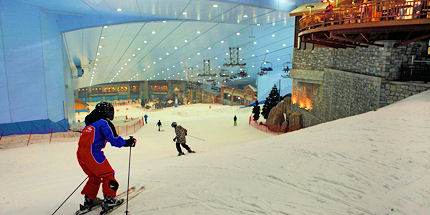 Ski Dubai has all the trimmings of an alpine holidayCaro/ Alamy

SnowWorld in Landgraaf holds the honour of being the largest indoor ski resort in Europe, and with its highest run sits at a summit of 230m (755 ft), it probably owns one of the steepest hills in the Netherlands too.

With five slopes to choose from, including the country’s longest, pistes are often quiet and uncongested. There are two nursery routes for novices and tougher runs for those preparing for their next ski holiday. Snowboarders after slopestyle space can try its Olympic fun park with pro-line kickers, donkey rails and curve boxes. 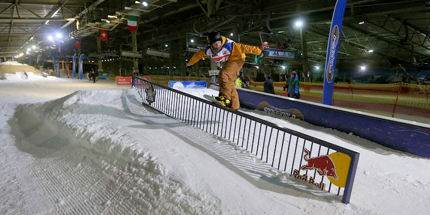 A boarder rides the rail at SnowWorldSnowWorld

Forget aching muscles and broken bones, the worst part of any ski trip is running out of snow and there is no such problem at Germany’s AlpinCenter. Home to the world’s largest indoor slope, which stretches salaciously for some 640m (2,100 ft), the skiing and snowboarding is as endless as it gets.

With easier runs for beginners and inclines of up to 31% for the more assured, there is plenty of room to practice at AlpinCenter. Bruises and battle scars can be earned in its Shredmill freestyle snow park too. 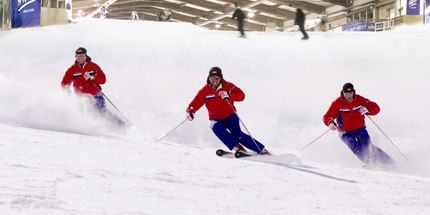 The AlpinCenter has the world's largest indoor slopestadtbottrop/ Creative Commons

For Brits searching for a domestic skiing holiday, Manchester’s Chill Factore is here to prove that you don’t have to ascend the Alps for an authentic skiing experience. The venue has 14 snow cannons provide tonnes of preened powder and a 180m (590ft) long slope, the longest indoor snow slope in the UK.

Weekly race lessons will melt minutes off downhill times, while boarders can tackle a variety of kickers, moguls, tabletops and pipes. 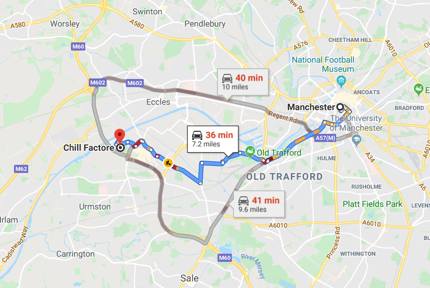 Getting to Chill Factore is easy

With well-groomed pistes that are open every day of the year, Snow Planet is perpetually prepared for a flurry of winter sports action. There are instructors and simpler slopes to assist any starters, as well as trickier tracks for winter wunderkinds with the Olympics in their sights.

Every Friday night, the venue sets up a terrain park which includes a series of obstacles like ramps and rails for the more experienced skiers – and you can even ski till midnight.

Getting to Harbin, the capital of Heilongjiang, China’s northernmost province, is easy – thanks to the Beijing-Harbin high-speed railway which can get you from Beijing to Harbin in about 7 or 8 hours.

If you found this interesting, you should read: