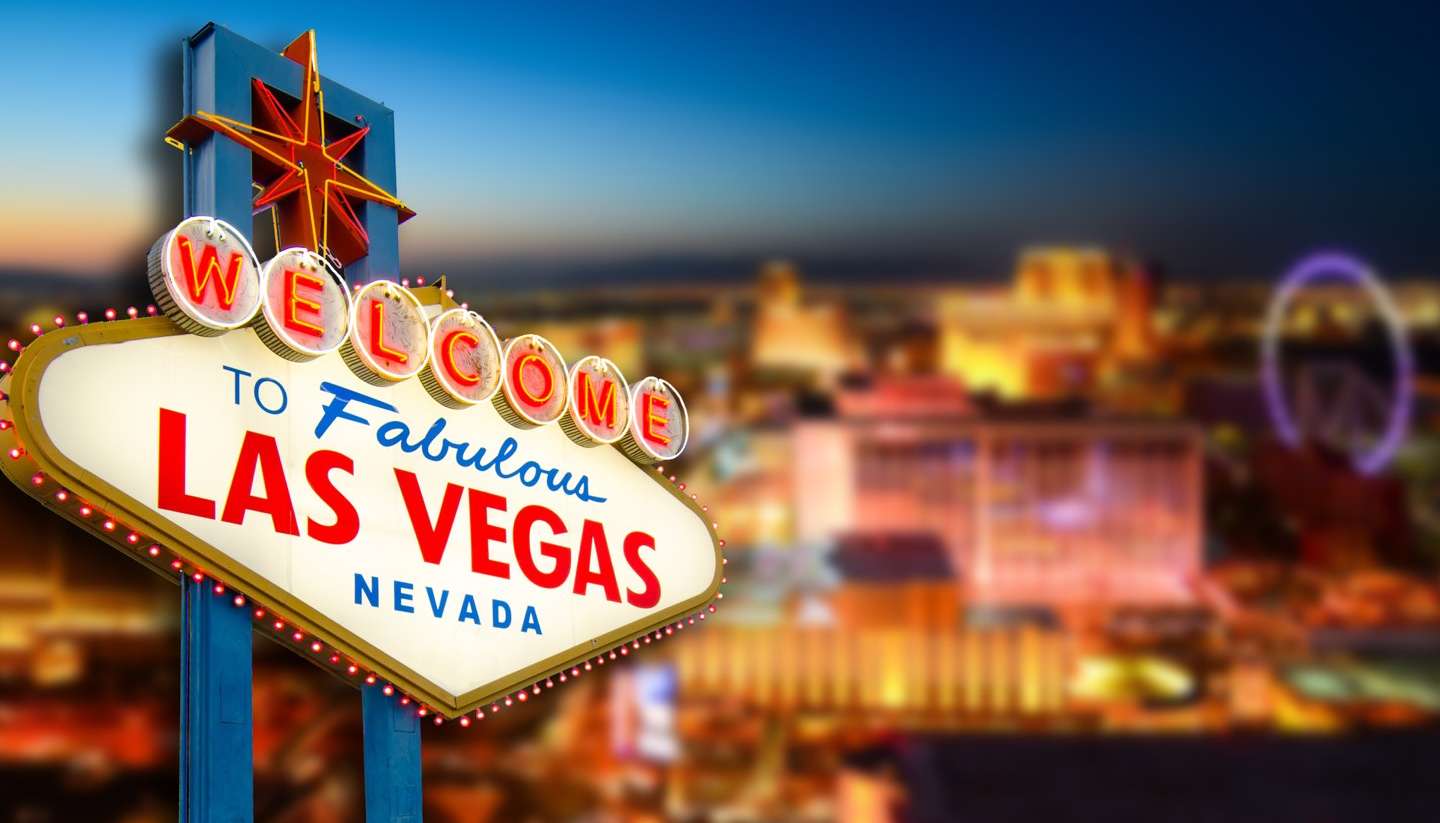 What goes on in Vegas is supposed to stay in Vegas, but some of the crazier stories that originate from this hedonistic playground are just too good not to share

Here are some of our favourites.

1. Who hasn’t dreamed of going to Las Vegas and leaving a millionaire? The luckiest winner of all time has to be Elmer Sherwin, who at the age of 76 won a Megabucks jackpot of $4.6 million on the very first day the Mirage Hotel opened in 1989. Sherwin decided he wanted to beat the odds of becoming a second jackpot winner and carried on playing the machines once or twice a week – or maybe he just wanted to justify a gambling addiction… Regardless, 16 years later he won $21 million, at the age of 92, this time giving most of the proceeds to charity. Sherwin was aiming to win a third time when he died three years later. 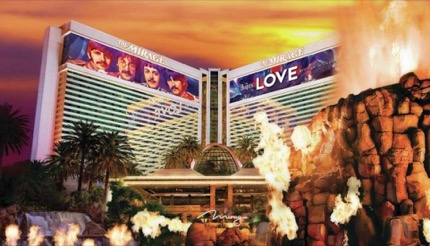 Try your luck at the Mirage Hotel?mirage.com

2. Las Vegas is the brightest city on earth when viewed from outer space, and uses 5600 megawatts of electricity a day – and not all of this comes from the Hoover Dam, as you might expect. However, several hotels do care about their environmental impact and are LEED-certified – including the Mandarin Oriental, Aria and Vdara Hotel & Spa. In addition, the Bellagio has eco-friendly stretch limos, and the Palazzo has an extensive solar energy system on its rooftop.

3. About 120,000 people get married in Vegas every year, and The Clark County Marriage Bureau will issue a licence on the spot for only $77. Unsurprisingly, there are almost as many ways to get hitched as there are casinos – a 5-minute drive-thru wedding, a KISS theme where the priest is replaced by a Gene Simmons impersonator, on top of the Big Roller observation wheel, on the observation deck of the replica Eiffel Tower, underwater at the Silverton Aquarium… or even in front of the iconic Welcome to Las Vegas sign. 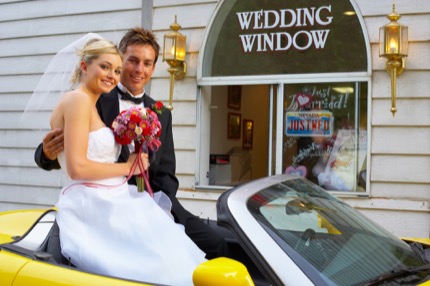 4. It sounds like urban legend, but in fact it’s true: a scandal erupted in 1980 when nurses on “the graveyard shift” at a Las Vegas hospital were overheard taking bets on when their patients would die, with one nurse allegedly tampering with life support machines in order to win. According to Snopes, the story is real but the nurse was later cleared of wrongdoing; the jokes she’d made on the subject were explained away as a coping mechanism for a very difficult job.

5. Ever wondered how you’d handle yourself if there were a Zombie Apocalypse? Well, ponder no more because the Zombie Apocalypse Store offers an interactive recreation of just such an event. Participants have to clear an infected area by eliminating as many zombies as they can, ending with an escape room-style puzzle at the end. The store also sells survival gear and self-defence items, and offers knife-throwing sessions at the back. 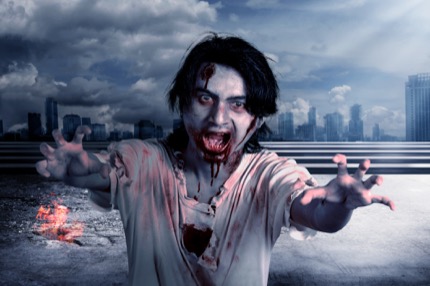 6. In order a promote a proposed residency in Vegas in 2007, Michael Jackson was planning to create a 50-foot replica robot of himself that would roam the desert shooting laser beams. The idea was that this was the first thing people flying into McCarran International Airport would see. We’re rather disappointed this never happened, and that Jackson never did perform in Vegas as a solo artist despite being a frequent visitor.

7. The staff of Area 51, a highly classified military installation set 100 miles/ 161 km north of the city, live in Las Vegas and are flown to work every day on unmarked aeroplanes from a restricted terminal at McCarran Airport. Conspiracy theories about Area 51 abound – the site is rumoured to have captured alien spacecraft and the site of the “faked” moon landing in 1969, and that fact that the CIA didn’t admit it officially existed until 2013 hasn’t helped. Day trips to the area get as close as is legally allowed, include a ride down the “Extraterrestrial Highway” and a stop at the Alien Mailbox, a large white box installed by a local rancher who got tired of receiving mail intended for our little green friends. 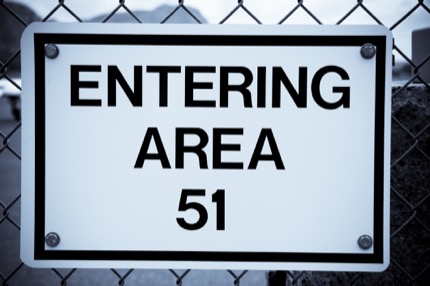 Do you know what's the primary purpose of Area 51?Alexeys / Thinkstock

8. Inspired by a drunken conversation with his friends, in 2004 a British man called Ashley Revell sold absolutely everything he owned and went to Vegas to gamble it all on one spin on the roulette wheel. Even when he was handed £76,840 worth of chips at the Plaza Casino and Hotel, Revell hadn’t yet decided if he was going to bet red or black. At the last minute, he pushed his chips onto red, and held his breath. Luckily for Revell, the ball landed on red, number seven, and he walked away with $153.680. By all accounts he’s led a very quiet life since.

9. It’s not really so much a secret anymore (you’ll find plenty of reviews on Tripadvisor) but not many people know about The Cosmopolitan Hotel’s excellent pizza joint, located down an unmarked corridor on the third floor. Many restaurants offer dishes you won’t find on the menu, too – the Lobster Milanese at Portofino at The Mirage is based on an old favourite from a now-closed restaurant, Kokomo’s, and the Spicy Water Fish at Blossom at the Aria is considered too spicy for regular tastes – but if you think you can handle it, by all means order it.

10. Las Vegas is haunted – the ghost of Bugsy Siegal, the notorious mobster who opened the Flamingo Hotel the year before his death in 1947, has been seen hundreds of times by staff and guests. The Las Vegas Hilton (now the Westgate), where Elvis performed 58 consecutive shows in 1969, is haunted by no other than The King himself (the Green Room is said to be a favourite spot) and the Luxor is said to have no fewer than five ghosts – three of them construction workers who had accidents while the resort was being built, and the other two suicides who jumped from the central atrium.

11. We just have to add this in: we have a totally awesome Las Vegas Travel Guide which will help you navigate around the city with ease, though we can’t guarantee you’ll see a ghost – or win big. 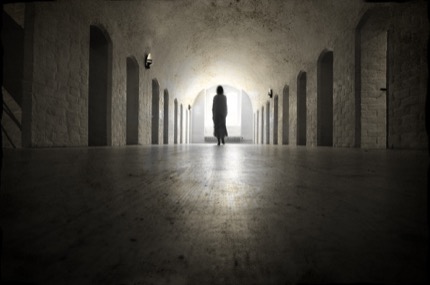