10 travel restrictions you need to know

This guide to dishing out travel bans in 2017 doesn't just start and end with Donald Trump.

The traveller is becoming a nuisance and people the world over are starting to revolt; the feeling is that it’s time to start saving sights from the sightseer. It might be we’re in the decade when the walls start going up and, whether for the interest of society or the environment, tourists are being shown the red card. So whereabouts might you not be welcome this year?

No Country for Thai Tourists

Nowhere does exoticism like the coastline off Phuket. The island is Thailand’s largest and its lush flora and rich marine life is a magnet for beach bums and backpackers alike, yet the sustainability of the landscape that hold such appeal has been threatened by a new surge in visitor numbers. Tourist bans have already been introduced for a number of satellite islands off Phuket, most recently Koh Khai Nok, Koh Khai Nui and Koh Khai Nai, where the Department of Marine and Coastal Resources (DMCR) claims up to 80 percent of reefs have been damaged by the activity of snorkelers and speed boats. The ruling comes on the heels of a decision from Thai officials to close all tourism activity on the popular island of Koh Tachai over concerns tourism had ruined the beach paradise almost irrevocably. It all leaves a slightly sour taste of Sangsom in your mouth.

It’s a game of numbers in Dubrovnik

What do you do when your city – population just 42,000 – gets more than 1 million visitors in just one year? For Dubrovnik it’s meant reinforcing its ancient city walls, with just a little help from a modern CCTV system. The Old Town has taken advice from UNESCO and from 2017 will be using cameras to measure visitor numbers, slowing the crowds down at the gate if they exceed 6,000 at any one time. As for who should man the gates, we’re sure the city’s famed Game of Thrones residents will have some suggestions; Jon Snow or Gregor could certainly handle the cruise-liner crowds. 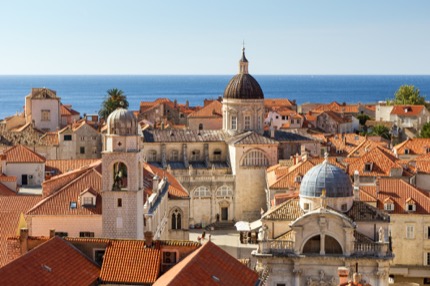 A Taxing Stay in Bath

What happens if you can’t keep them out with an old fashioned wall? Bath might be the first UK city to introduce a tax on tourism. The historic city saw some 323,000 international visitors in 2015 – a 37 percent increase on 2014, and councillors argue the introduction of a ‘bed tax’ could help transform the area and plug the £37m black hole facing the council’s finances. The catch? Introducing any ‘tourism tax’ is illegal in the UK and would require central government to amend legislation to make it possible. With tourists contributing more than £411 million to the local economy in 2014, it’s a tough balancing act for Bath but a concept that is proving popular with some local residents.

Bow down to Bhutan

Some eight million tourists visited the city of Barcelona in 2016. In stark contrast, the country of Bhutan saw just 209,000 international visitors. The small Buddhist kingdom has pursued a protectionist tourism policy for years, making it one of the most exclusive destinations in the world. All visits must be booked through a licensed Bhutanese tour operator, who will charge you upwards of $200 per day for all accommodation, food costs, tour guide and transportation within the country. From that fee, $65 goes towards free education, healthcare and poverty alleviation in the country – no doubt one of the key reasons for Bhutan to be regularly voted one of the happiest countries in the world.

Want to learn more about this magical land in the Himalayan mountains, and how its unique ‘tourism tax’ is helping to transform the country? Check out our feature: Selling Shangri-la for a premium. 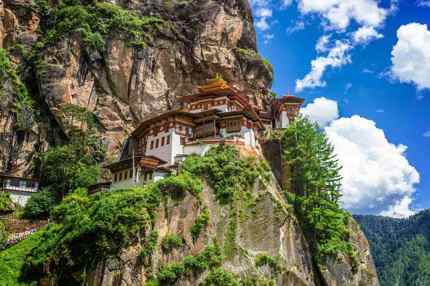 Ever thought they’d be a time when you’d see ticket touts on the perimeter of Cinque Terre? The idyllic, UNESCO-protected collection of coastal villages along the Italian Riviera is becoming swamped with cruise ship passengers and day-trippers, to the point where the authorities have been forced to take action. The plan is for tourists to buy tickets ahead of their visit. Roads and paths leading to the area are being fitted with devices to gauge the number of people heading to the villages and once a certain number has been reached, access will be closed. Vittorio Alessandro, president of the National Park of the Cinque Terre in Liguria, told la Repubblica newspaper: “We will certainly be criticised for this, but for us it is a question of survival.”

It’s hard to deny tourism has transformed Iceland. Since the dark days of the economic crash in 2008, when the country’s economy shrunk by nearly 13 percent, an influx in visitor interest has helped turn the fortunes of this tundra-strewn island around. Overseas visitors now account for more than a quarter of Iceland’s trade balance. The “land of fire and ice” recorded more than 1.7 million visitors in 2016 – twice as many as in 2013 – and numbers are only expected to rise, with some 2.2 million visitors predicted this year, providing a huge boost to the economy and a vital source of foreign currency reserves… but at what cost? When your nation’s population is just 332,000 and in twelve months you see more than seven times that many people coming through Keflavik International Airport, maybe it’s time to reach for the brakes. Local authorities are already making a start, putting a limit on the number of properties that local residents can put up for rental on sites like Airbnb. A recent poll of Icelanders found 87 percent favour the government imposing taxes on tourists and leader of the government opposition leader, Birgitta Jonsdottir, of the Pirate Party, moaned of Reykjavík: “It’s like the city is not my city any more. It’s like Disneyland downtown.” I guess that’s why mums (and the rest of the family) should go to Iceland, now! 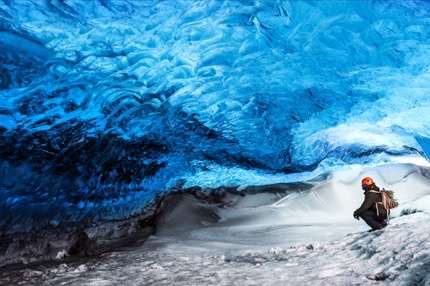 When it comes to the selfie-stick flailing tourist hordes, Lord Howe residents have taken the bull by the phone-waving horns. The volcanic islands in the Tasman Sea, less than two hours from Sydney by plane, are some of the most beautiful islets in the southern hemisphere but have been at risk of over-tourism since they started attracting regular visitors after the end of World War II. The islands were first settled in 1833 and are embarrassingly rich with fauna and flora, in fact 13 of the 15 species of bird first discovered there were unique to Lord Howe Island – nine of them now extinct. Since being designated a UNESCO World Heritage Site in 1932, islanders have fought hard to protect their precious reefs and subtropical forests, and in 1982 they took the decision to cap tourist bed numbers at 400. It means you best book far in advance for a night’s stay on Australia’s premier island paradise.

Pernicious rumours of its impending “tourist shutdown” continue to rattle on; what is true of Machu Picchu is that visitor numbers continue to creep up. Since 2011, daily numbers have far exceeded the limit of 2,5000 set by Peru and UNESCO. Which is why, together, they’ve come up with tough new measures to secure its future as one of South America’s most popular sites and make sure tourists don’t ruin the ruins for the next generation of backpackers. Under a new $43.7m redevelopment programme, due for completion in 2019, all foreign visitors will be required to hire a guide, follow one of three designated routes through the complex, and be subjected to time limits to prevent bottlenecking. 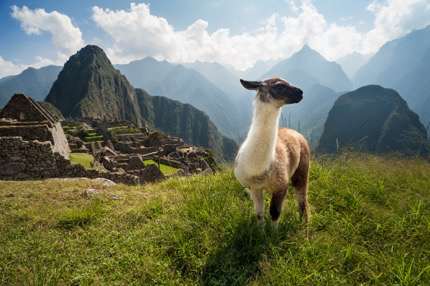 The snow-capped summit of Mount Everest would be the last place you’d expect to be overrun with tourists, right? It seems a growing stream of fund-raising adventurists have started to overwhelm the route up and, since the avalanche in 2015 and subsequent closure, the fee for foreign climbers has increased to $11,000, with a new eligibility test introduced for all hopeful mountaineers. The route is littered with dead bodies and many are glad that “novice” climbers are being turned away. Nepal is even considering a minimum and maximum age limit for climbers. Best get those crampons on quick granddad!

My name is Maximus Decimus Meridius, commander of the Armies of the North, General of the Felix Legions, loyal servant to the true emperor, and an unwanted nuisance for the Roman authorities. Yes, the gladiator wannabes in dress-up have been given the thumbs down in Rome after the city’s mayor legislated to ban all men (and women) in centurion costumes from hanging around, looking to turn a fast buck on photo souvenirs with basic tourists outside the city’s main attractions. It’s thumbs up from us!