Adrenaline activities A to Z 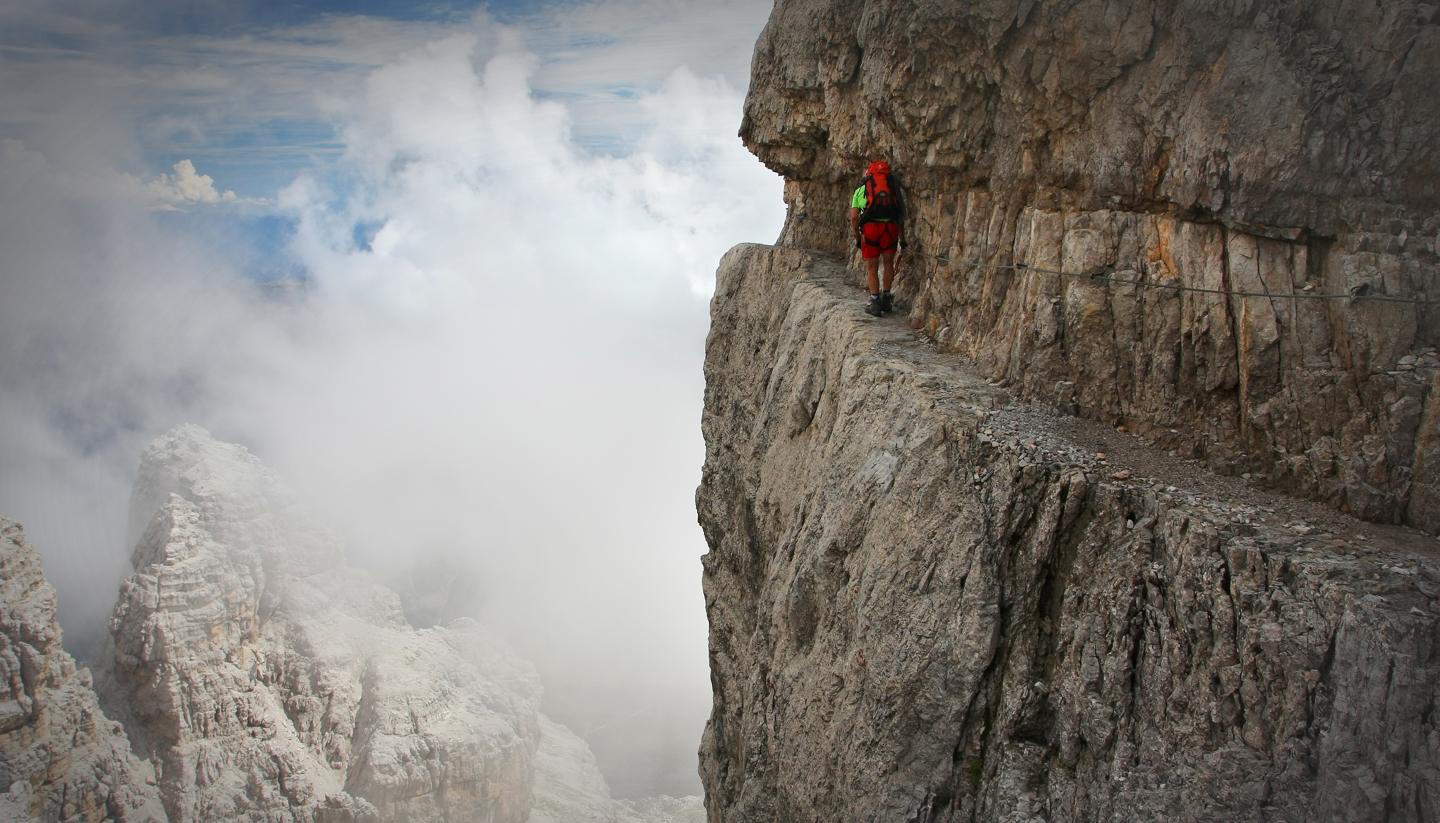 It’s time to leave your comfort zone and get your blood flowing, as we guide you through the alphabet of extreme activities around the world

A is for abseiling

Table Mountain in Cape Town, South Africa, is home to the world’s highest commercial abseil – a 112m (367ft) drop at 1,000m (3,280ft) above sea level. The views are unbeatable, and you’ll only appreciate them more once your feet are planted firmly back on terra firma. The process, from harnessing for the descent to the hike back up the mountain, takes about 45 minutes. Remember to pack a bottle of water for ascending Table after your drop. 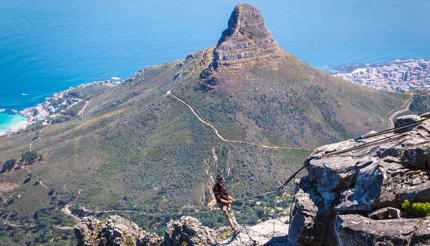 B is for bungee jumping

If you’re going to fling yourself headfirst into nothingness attached to an elastic cord, you may as well go big. The Nevis Highwire in Queenstown, New Zealand, plunges you 134m (440ft) from a suspended cable car to the depths of the Nevis River valley. This jump, the highest in New Zealand, includes 8.5 seconds of free-fall and one huge rush. Allow four hours for the duration of your bungee day.

C is for coasteering

Slide into a wetsuit, clamber round rocks and jump off seacliffs as you traverse your way around the Pembrokeshire coastline. This national park in southwest Wales is the original coasteering destination. A mixture of rockpooling and ocean swimming, this sport is perfect for scrambling through every nook and cranny of the coastline. Make sure to check the weather forecast before coasteering, as sudden tide changes make retreat from the ground difficult.

D is for dog sledding

Mush, mush! Grab a pack of huskies and try your hand at driving dogs with the help of a guide. Mountain peaks in Banff National Park in the Canadian Rockies reach 3,000m (9,842ft), and an energized, harnessed fleet of huskies is ready to run you around the snowy terrain. Let a guide or instructor drive, or take the reins yourself. Some tour companies allow children on their sleds, making this thrill kid-friendly, so bundle up and bring the whole family along for the ride. 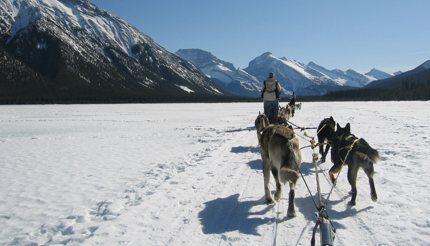 Dog sledding in the Canadian Rockies

E is for edge of space

Earn your stripes as an astronaut when experiencing the thrill of zero gravity 80km (50 miles) above the earth… as long as you have US$250,000 to spare. After a successful maiden voyage in 2018, wealthy adventurers can now book tickets for a flight on Richard Branson’s commercial airline to space. Jetsetting to the brink of the atmosphere, SpaceShipTwo can carry up to eight people at a time, including their two pilots, and comes with windows for passengers to see the curvature of the earth. Seats for upcoming spaceflights are sold out, but a waitlist is available.

F is for freediving

Ditch the scuba tank and rely purely on your lungs. Pushing you to limit in the depths of the ocean, freediving involves plunging as deep as possible with nothing but a pair of goggles and a pair of fins. One of the most popular freediving sites in the world, Dean’s Blue Hole is a sinkhole dropping 202m (663ft) off the coast of Long Island, Bahamas. Not extreme enough? Strap on a weight belt for a deeper dive. 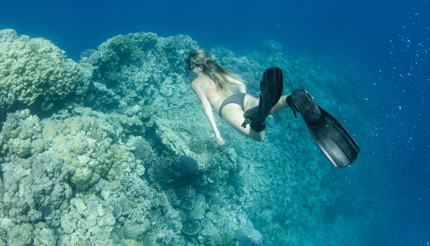 G is for golf

If a standard game of putt-putt isn’t tiring enough, try endurance golf at Nullarbor Links, the world’s longest golf course, spanning 1,365km (848 miles) across the Australian outback from Kalgoorlie to Ceduna. Completed in 2006, the 18 holes of this course dot the participating towns and roadhouses along the Eyre Highway. Since the course’s opening, only two hole-in-ones have been recorded – maybe you could be the third. 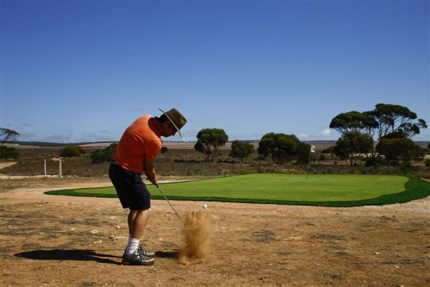 H is for heli-skiing

Forget competing for fresh tracks in a busy resort. Assuming your wallet can handle it, bag yourself a true Alaskan heli-skiing experience in Valdez. The area has more than 10,000 square miles of glaciated mountains and receives over 1,778cm (700 in) of wet snow each year, providing stability for skiers on steep slopes. 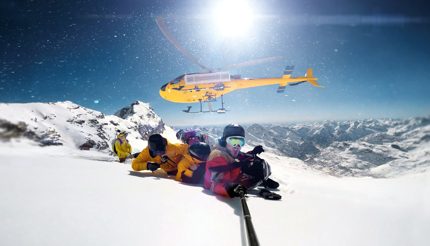 I is for ice climbing

Climb the world’s biggest ice wall at Ice Factor National Ice Climbing Center near Glencoe, Scotland. The walls of this chilly, 12m (39 ft) high room of artificial cliffsides are made with 500 tonnes of compressed snow. Beginners and experts alike can grab picks, strap on spiky boots and take lessons from Ice Factor’s seasoned instructors. Learn the ropes here before progressing to the real thing at Ben Nevis or Torridon.

J is for jet boating

Skim through Shotover River’s narrow gorges on a high-speed jet boat in Queenstown, New Zealand. With several established jet boat operators that service Queenstown, let the wind flow through your hair as you zoom past Skippers Canyon in a blur. Rides on Shotover River can move at astonishing speeds on the white water – up to 85kph (53mph) – meaning you’ll likely come within a hair’s breadth of the canyon walls sometimes even spinning 360 degrees. 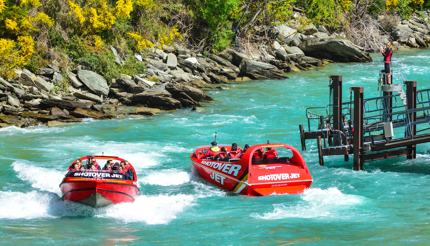 K is for kitesurfing

Catch the wind and the waves while (hopefully) staying on your board. You’ll need a hefty dose of determination to master kitesurfing, which challenges those who dare to use the wind and a parachute-style kite to move across the water on their boards. Sign up for lessons in Tarifa, a mecca for kite surfers thanks to its consistent wave-making winds and regular sunny weather, located on the southern tip of Spain. For first-timers, make sure services include supervision in case you need extra help on the water. 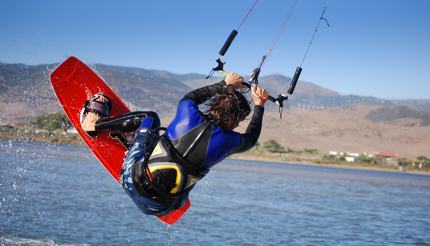 L is for luge

Hurl yourself down a sheet of ice feet first with nothing but a sled and a helmet (if you’re brave enough). You have 13 refrigerated luge tracks around the world to choose from, with the oldest in Königsee, Germany, which opened in 1969, and the fastest in Whistler, BC Canada. The scariest way to hurtle down is in a mono bob, a 90kph (56mph) one-man adrenaline rush without breaks, bear in mind Olympic luge athletes reach speeds of 140kph (86 miles per hour).

M is for mountain biking

Grab a map and a water bottle, you’ll need it for the twists and turns of Moab Valley in Utah, USA. This site is home to two especially difficult tracks: Slickrock Bike Trail, a 16km (10 miles) technical bike route with steep ascents, and Porcupine Rim, a 50 km (31 miles) loop with a 900m (3,000 feet) elevation gain. These, and other trails, lead you through vast canyons, sandstone plateaus and hilly green forests. Be prepared for heart-pounding narrow ledges and nerve-wracking drop-offs, and don’t count on having mobile service. 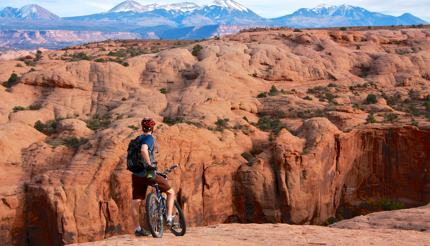 N is for Nordic skiing

A favourite winter pastime of Norwegians, Nordic skiing (which includes cross-country skiing and Telemark skiing) requires skiers to rely on their strength and endurance to move across snow-covered terrain – without the aid of ski lifts or other forms of assistance. If you’re up for it, Norway hosts Birkebeinerrennet, a long-distance Nordic ski marathon every March.

O is for orienteering

Test your extreme wit and compete against the best at the World Masters Orienteering Championships. This race sees competitors sprint physically and mentally against the clock, running across city terrain with only a map and a compass to guide them. Past World Masters Orienteering Championships have been held in Italy, Brazil, Sweden, Estonia and New Zealand.

P is for prison

A tour of Karosta, a former Soviet military prison in Liepāja, Latvia, guarantees an increased heart rate. Experience the life of a prisoner, from arrest to interrogation and, if you misbehave, a spell in solitary confinement. Sign a release form and stay the night in this former Nazi prison that even death row inmates failed to escape in WWII, but don’t expect a queen-sized mattress. 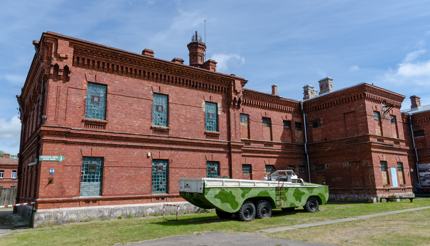 Q is for quad biking

Explore the mystique of the Greek island and the breathtaking, blue-capped buildings of Santorini on your very own four-wheeler. No pedals necessary, just rev the engine, speed your way to black-sand beaches and ogle at charming Greek towns from the highway (while keeping your eyes on the road). Quad biking is a great way to wind through Greece’s hilly dirt roads and pebble beaches, and anyone over 23 with a driver’s license can rent one, so buckle up.

R is for roller coaster

Takabisha at Fuji-Q Highland theme park in Fujiyoshida (about 105km/ 65 miles) west of Tokyo is the steepest coaster made from steel in the world, with a drop angle of 121°. Reaching speeds of up to 100kmh (62mph), it is said that screaming can boost the exhilaration level, so scream to your heart’s content. 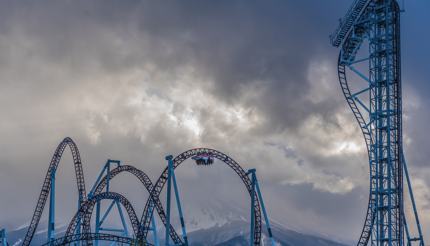 S is for skydiving

The mountain resort town of Interlaken in central Switzerland is widely considered to be one of the best places to skydive, which involves plummeting from an altitude of 4,267m (14,000ft) with spectacular aerial views of blue lakes and snow-covered Swiss Alps. 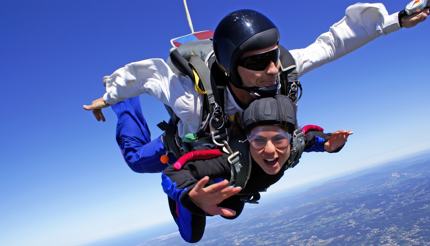 T is for tubing

Hold on to your inner tube and ride down River Garry in Ballinluig, Scotland, which boasts class-two rapids and steep drops. Tubers can also be heroes on the Nae Limits ‘adventure tubing and cliff jumping trip’, which includes an optional cliff jump from Soldier’s Leap, the site where Redcoat General Hugh Mackay outran Jacobite forces at the Battle of Killiecrankie in 1689 by leaping over a rock pass gap of 5m (18 feet).

U is for underwater hockey

Armed with a mask, snorkel, fins and a mini hockey stick, duck under water, whack the puck and go for goal (chances are better if you’re playing towards the deep end). Underwater hockey, also called “Octopush”, was invented by British swimmers in the 1950s looking for something more fun to do in the pool than the same old laps. This sport takes holding your breath at the buzzer to a whole new level. Join a local club and progress to the world championships, organized by the British Octopush Association. 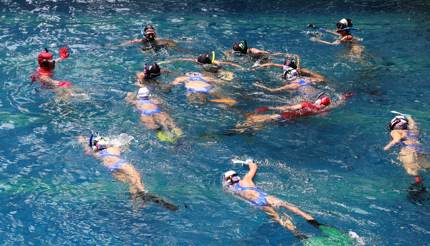 V is for via ferrata

Meaning ‘iron ways’, about 600 via ferrata were constructed for soldiers in the Italian Dolomites during WWI. Today, adrenaline seekers make use of the iron steps, ladders and suspension bridges left behind to climb to seemingly inaccessible peaks and mountain faces. Be warned, however, this is not for sufferers of vertigo.

W is for wakeboarding

Instead of standing on two waterskis, wakeboarders attach both feet to one board, a bit like snowboarding on water. Florida’s many lakes make it the perfect place to try this sport on for size. Keep your balance on the wake (the waves trailing behind the boat) or try some mid-air 360-degree spins when you’re ready. 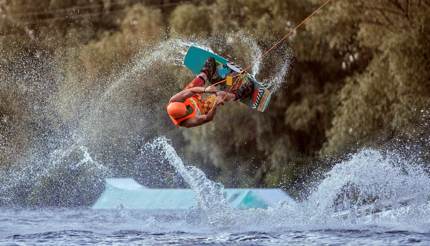 X is for X games

The X Games are a must-see for armchair adrenaline seekers who prefer spectating to participating. This annual extreme sports event put United States pro-skater Tony Hawk on the map for landing the first-ever ‘900’, and competitors still bust out new tricks every year. With a winter games featuring snowboarding, skiing and snow climbing as well as a summer event for skateboarding, BMX and surfing, there’s something extreme for everyone.

Y is for yachting

The ultimate yachting adventure, the Vendée Globe race entails sailing solo around the globe with no stopovers and no assistance. Over 160 voyagers have set sail since the first race in 1989, but less than 60% have dropped anchor at the finish line and only two participants have completed the race in less than 80 days. Facing rapidly-changing weather, exhaustion, and complete solitude on the water for over 40,075km (24,900 miles), completing the Vendée Globe is a yachtsmen’s biggest feat.

Z is for ziplining

Take a leap of faith and launch yourself off a treetop platform. Harness up and zipline in Costa Rica above the tropical rainforests responsible for 4.5% of the world’s biodiversity. Popular ziplining spots include views of the rich Monteverde Cloud Forest, the Jaco Canopy, and the Arenal Volcano in all its glory. You’ve got nothing to lose on this adventure, but save your flip flops for the beach as they may fall off while you’re flying above the trees. 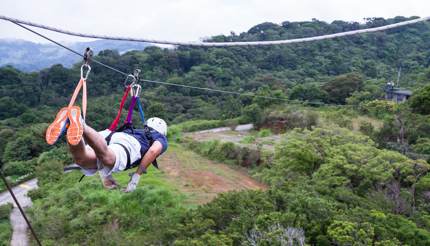 Ziplining over Monteverde in Costa Rica