Bats for Tequila: how the greater long-nosed bat keeps the agave alive 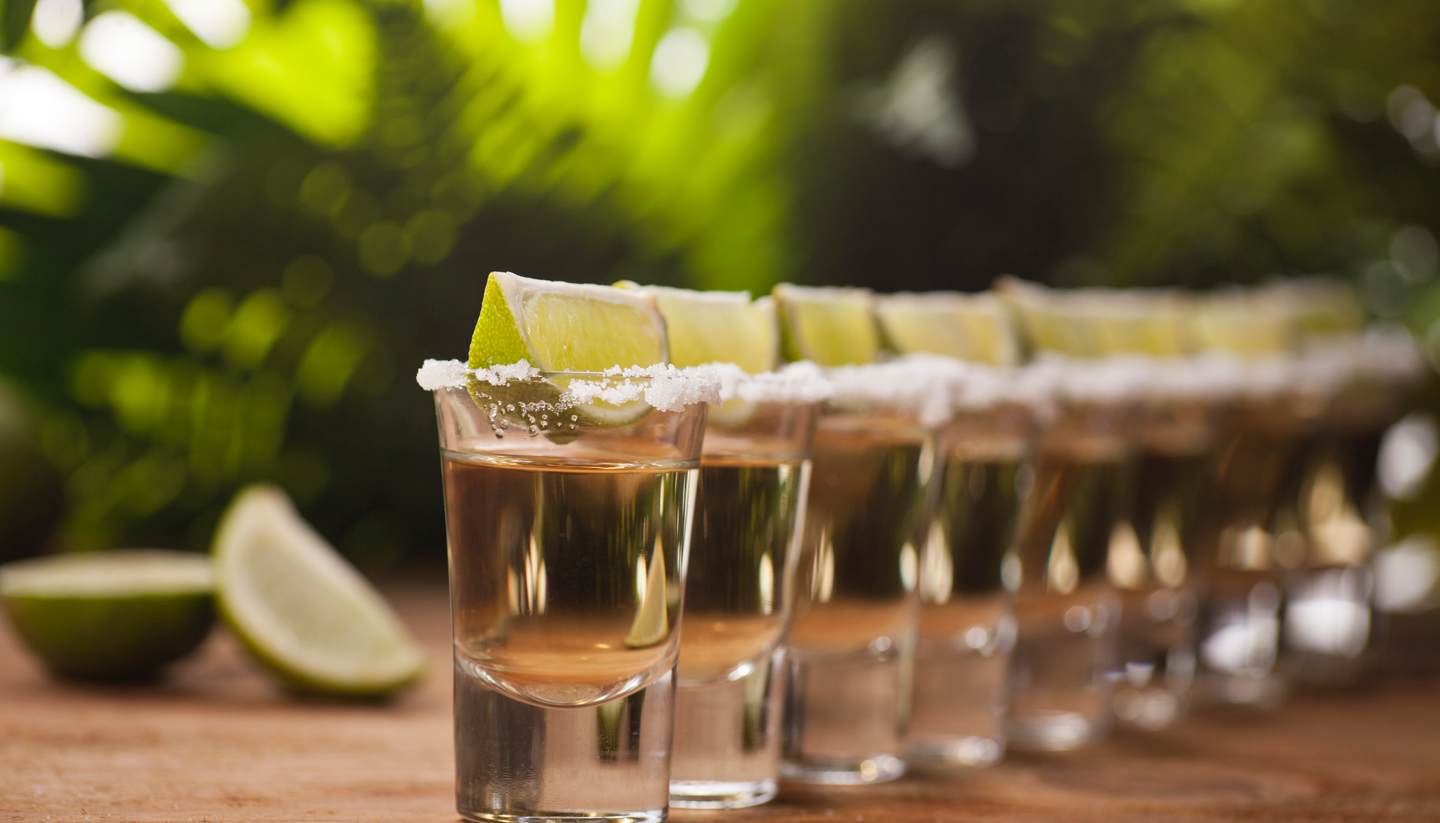 We might be wary of bats, but this useful mammal is key to the health and diversity of the agave – and of tequila and mezcal. By World Travel Guide staff

Humans have long regarded bats with suspicion, bordering on dread. There’s something otherworldly about the way they come out at dusk to flit so silently and so quickly that you wonder if you’ve seen them. And the way they hang upside-down in dark and smelly caves, and their gargoyle features, and of course the fact that they can be vampires. Bram Stoker, in his 1897 novel Dracula, cemented the idea of bats as agents of darkness and evil, and humans have avoided them ever since.

Recently, however, people are becoming more educated about the good that bats do for the world. Not only do they feed on pests (vineyard managers, and environmentally-aware farmers actively encourage them – an insectivorous bat can eat 1000 bugs an hour), but they also spread seeds throughout forests to help plant growth. Vampire bat saliva is even being studied to potentially assist blind people.

Like bees, Mexican “tequila bats” distribute the pollen of agave plants over a wide expanse of farmland and ensure agave diversity, which is key to the plants’ survival. Without the greater long-nosed bat, there would be no tequila.

The bat was placed on the endangered species list in 1996 because of encroaching human land use, and general animal control procedures by people confusing long-nosed bats for the more dangerous vampire bats.
Mexico has been on bats’ migration routes for thousands of years, and locals have hated and feared them for as long. There have been many instances of locals hunting and burning bat roosts in caves. The ancient Mayans feared bats: the name of their bat god, Camazotz, translates as ‘death bat’ and was associated with night, death, and sacrifice.

Only recently have we begun to understand how agave plants, which are night-blooming, are pollinated. The discovery that bats have co-evolved with the plants has inspired a movement to save these useful animals, as well as many other bat species who also contribute to the pollination of night-blooming agaves and cacti in North America. 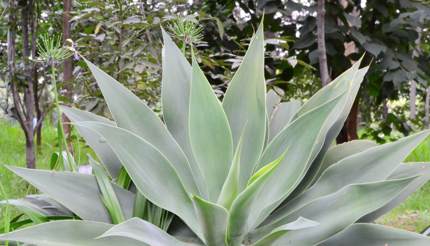 The agave is harvested before it can bloom, cutting off the supply of nectar available during the migratory journey of bats. Because the bats did not have access to enough nectar, they started dying off and this negatively impacted the diversity of agave. As a result, the agave plants were not able to deal with diseases or changes in climate as well as they had when bats pollinated them. Due to the increased demand for tequila and more recently mezcal products, mezcaleros and tequileros (mezcal and tequila producers) have had to increase the yield of agave plans needed for production, and this has helped save the bats from extinction, though they are still considered endangered.

Activists such as Rodrigo Medellin have led the fight to save bats, especially the important greater long-nosed bat. Medellin, who appeared in the David Attenborough documentary The Bat Man of Mexico, works to protect the migratory routes of bats and to educate people about how bats help increase plant diversity. Because of Medellin’s efforts and the work of the Tequila Interchange Project, a non-governmental organization, new bat-friendly mezcal and tequila products have been introduced. These carry labels that show the producers allowed the agave plants to bloom before they are harvested, so the bats could pollinate them. As a result, the population of greater long-nosed bats has recovered significantly and has even been taken off the endangered species list in some areas.

So the next time you’re enjoying a Margarita or going wild on tequila shots, spare a thought for the greater long-nosed bat.

What is the difference between tequila and mezcal?
Mezcal and tequila are Mexican spirits distilled from the aromatic and sugar-rich heart of the agave plant. Tequila is technically a mezcal, but there is a slight difference in the production methods: tequila must be produced from a particular plant, the blue agave (agave tequilano), and only in the state of Jalisco and parts of four other states. Mezcal can be produced from some 28 varieties of agave (including the blue agave) and is made around the city of Oaxaca, and in designated areas of the states of Guerrero, Durango, San Luis Potosi and Zacatecas.

The plethora of different styles can be hard to navigate. Both mezcal and tequila can be of the highest quality, and there are more and more aged (añejo or reposado) styles appearing on the market (the former is aged a minimum 12 months, the latter from two to 12 months). There are also two levels of quality depending on agave content: Type 1 is 100 per cent agave, Type 2 can contain up to 20 per cent other sugars. As a basic quality benchmark, only buy tequilas and mezcals that are 100 per cent agave.

Finally, the worm. Every student learns that the ‘worm’ floating in the bottom of a bottle of mezcal (you’ll never see it in a tequila) has lived and died in the agave and absorbed that plant’s legendary hallucinogenic properties. Eat the worm and you will be transported, like Carlos Castaneda, to a higher plane. Sadly, it’s not true. First, it’s not a worm but either a caterpillar, or the larva of the agave snout weevil; eating it won’t transport you anywhere – except perhaps to the nearest bathroom. 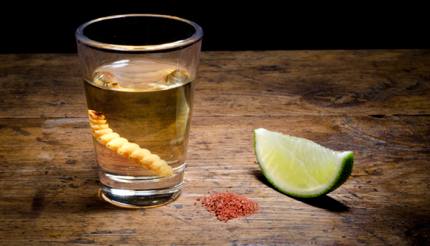 It isn't a worm, but a caterpillarTriff / Shutterstock

El Tesoro de Don Felipe Añejo Tequila, Mexico
Añejo – 100% Agave
Alc 40%
IWSC Tequila Trophy 2016 and Gold Outstanding
An elegant use of oak is evident on the nose of this excellent reposado, which carries aromas of caramel, vanilla and fresh herbs. Balanced and savoury in the mouth with excellent balance and a multi-faceted delivery of flavour. Pretty and elegant in style with an abundance of freshness and character.

Hornitos Black Barrel Tequila Mexico
Añejo – 100% Agave – Cask Finish
Alc 40%
IWSC Gold 2016
An incredibly complex example that is intense and powerful with a pronounced oak character. Malty and spicy on the nose, this Añejo displays aromas of orange peel, dried fruit, coffee and smoke. Oaky, toasty and intense on the palate with an abundance of whisky notes. An atypical but well-crafted spirit which offers something different.

Identity Tequila, Casa Maestri, Mexico
Tequila – Blanco – 100% Agave
Alc 40%
IWSC Silver Outstanding 20167
Broad and savoury on the nose with plenty of character and complexity. Earth and chocolate aromas are set against raw agave and capsicum. Full-bodied and vegetal in the mouth with a silky texture and a spicy finish. 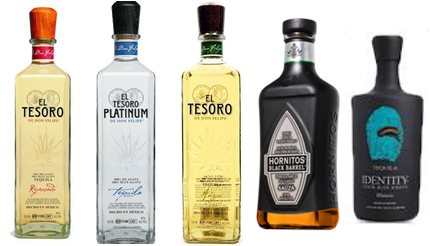