The Best Ice-Cream in London 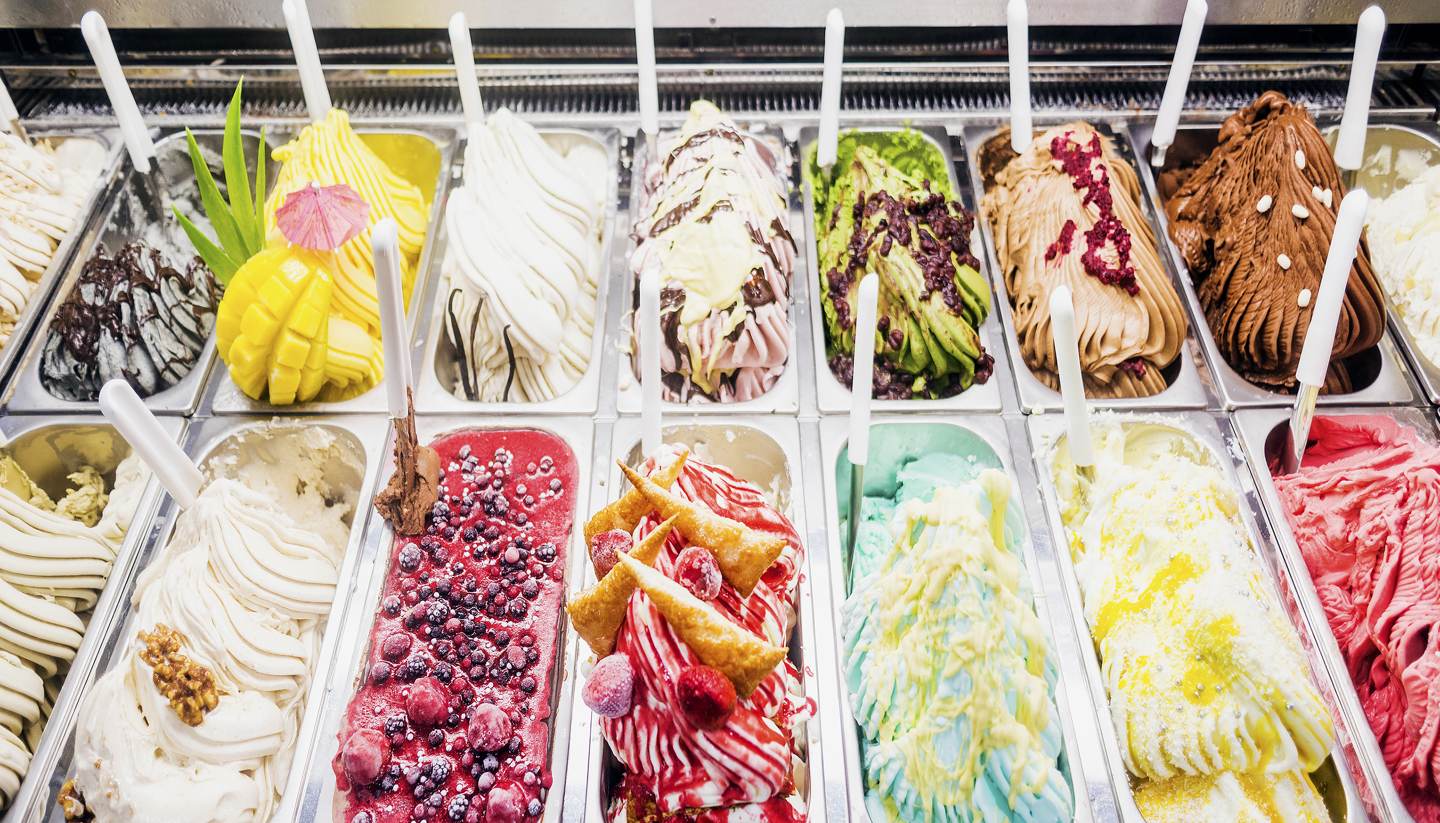 The artisanal ice-cream industry is booming, and London has some world-class offerings. From gelato to sundaes, here are the best ice-creams in the capital

Top of everyone’s list for London is always Gelupo in Soho. Italian ice-cream is called gelato, and the difference isn’t just in the name: the production process is different from ice-cream: whole milk rather than cream is used; it’s churned at a slower speed, making it denser; it’s not completely frozen when served to the customer. Gelupo concentrates on rather sophisticated, grown-up flavours, such as fresh mint stracciatella (a variety of milk-based gelato with chocolate shavings) and lemon meringue, as well as a range of sorbets, granitas and delightfully fruity popsicles. You’ll have to queue at peak times, but it’s worth it. A close second is Gelateria 3Bis in Borough Market (the home branch is in Italy, in Rimini on the Adriatic). While authenticity is key, flavours such as Eton Mess and Bounty are decidedly British.

The origins of the sundae, a classic fruit and ice-cream concoction, are vague. The name is thought to be a corruption of Sunday; New York, Wisconsin and Illinois all claim to have invented it, in the 1880s. Morellis has franchises in Gabon in West Africa, Kuala Lumpur, Tbilisi and… Broadstairs in Kent. Its gelato comes in lip-smacking flavours, and their sundaes are wonderful creations. They are beautifully presented in elegant stemware and as delicious as they sound: berry pavlova, honeycomb crunch, and the gloriously retro knickerbocker glory, with a mix of gelato flavours, seasonal fruit and whipped cream. In London, there are branches in Covent Garden and Portobello Road. Marine Ices has been making gelato in Camden to authentic Italian recipes since 1931 and also has a fabulous sundae menu: try the Coppa Stefania, with chocolate and hazelnut gelato, cherries and hot fudge sauce, or the Coppa Alda, with chocolate and tiramisu gelato, fresh banana and hot fudge sauce.

Some might say there’s no point in ice-cream that has no dairy, egg, nuts and gluten, but luckily for those with dairy intolerances it’s now possible to get excellent free-from ice-cream. Yorica, which opened on Wardour Street last year, is the UK’s first vegan ice-cream emporium and substitutes dairy with coconut and rice milk and claims the resulting product is healthier than the original. As well as ice-cream, there’s a range of fro-yos (frozen yoghurt), shakes, waffles and crepes. The Greedy Goat sells ice-creams from its concession in Borough Market made from goat’s milk – it has 10% less lactose than regular milk, making it suitable for some people with daily intolerances. And it doesn’t taste at all like goat’s cheese. 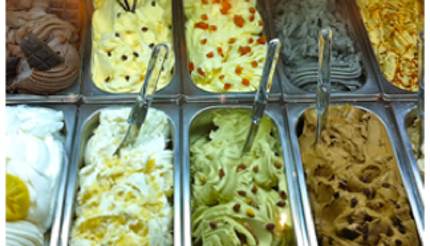 La Gelatiera are masters of subtly flavoured ice-creams with a savoury edge – basil and chilli or fresh watercress and lime, best enjoyed in savoury dishes. The best – and probably only – place in London to enjoy inventive food and ice-cream pairings is the Italian restaurant Mercante at the Sheraton Grand London Park Lane. They have partnered with La Gelatiera to devise a special three-course summer menu that includes dishes like panzanella salad with extra virgin olive oil. La Gelatiera has branches in Covent Garden and Stratford.

For ice-creams that look like the creations of mad scientists, go to Chin Chin Laboratories. They opened in Camden Market in 2010, and their unusual concoctions – frozen to order for each customer using liquid nitrogen, in experimental flavours such as strawberry and hay, or watermelon and dill – have gained a cult following. Newly opened this year is the Chin Chin Club in Soho, a dessert restaurant that offers ice-cream sandwiches, sundaes and hot chocolate. Another company making original and Instagram-worthy creations is Milk Train Café in Covent Garden. Here, your dollop of ice-cream comes on a cloud of candyfloss, and it’s not just a gimmick. The Japanese-influenced flavours like matcha and hojicha, derived from green tea, can have a bitter edge that is complemented perfectly by the sweet candyfloss.