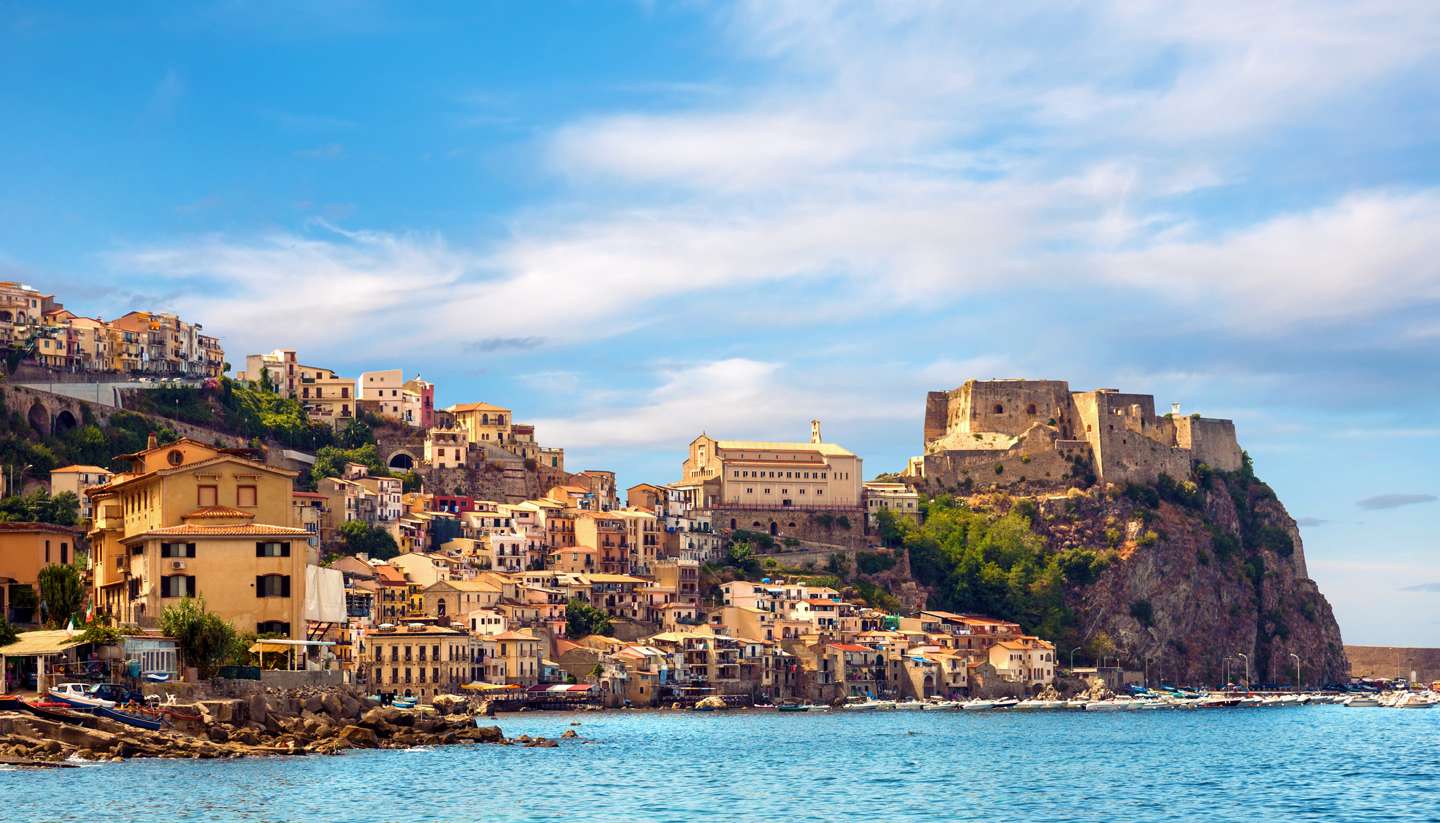 For the first of our bitesized guide series to the Mediterranean's finest islands, we head over to the bottom of Italy's boot to an island famous for volcanoes, gangsters and ice cream in a bun.

Sicily stylishly joins in with the Mediterranean lifestyle. Triangle-shaped (hence its Greek name, Trinacria), each coast is distinct – from the rugged and mountainous north to the sandier south. It’s also great for variety – it has some historically important cities that can be combined with beach breaks, archaeological exploration and other activities.

Mount Etna
At 3,323m (10,902ft), Mount Etna is the highest volcano in Europe, and one of the most active. Etna Regional Park offers skiing in the winter and great hiking in the summer. The fertile volcanic terrain means a landscape of vineyards and magnificent forests.

Cefalù
Just an hour out of Palermo, Cefalù is the west of the island’s answer to Taormina. A pretty coastal town with plenty of seafront restaurants, the main attraction is the cathedral which sits behind the huge rock face which dominates the town.

Catania
A key city in Sicily’s history, Catania has been buried by lava seven times. Resilient and regenerated, remains of the Roman, Greek, Byzantine and Etruscan cities can still be witnessed.

Palermo
An interesting city to say the least, Palermo has been invaded repeatedly over the centuries leaving behind an architecturally jumbled landscape – Arab domes, Norman cathedrals, 19th-century theatres and baroque facades all fight for space. Other highlights include La Vucciria, the famously tangled street market, and the Capuchin Catacombs, a collection of 8,000 embalmed bodies.

Taormina
Famed as the island’s most well-heeled and upmarket resort, Taormina sits high on a hill looking down over two wide bays. Always exclusive, it has attracted writers from D H Lawrence to Goethe. Its best attraction is the Greek amphitheatre, from which the most impressive scenery in Sicily can be seen – Mount Etna in the horizon and blue sea below.

Beaches
A short bus ride out of Palermo, the island’s capital, and you’re surrounded by the turquoise waters of Mondello. Elsewhere on the island, the beaches at San Vito Lo Capo, Triscina and Marina di Cottone all attract attention.

Everywhere you look in Sicily you’ll see locals devouring ice cream (or gelato) out of a brioche-style bun. Unusual and undesirable perhaps, the ubiquity will make sure you at least want to try it. Other island specialities include pane con la milza (veal spleen sandwiches), cannoli (fried wafers filled with ricotta cheese and candied fruit) and anything with sardines.

Fans of the Godfather movie trilogy in search of sites recognisable from the films will be pleased when they see Savoca – the pretty hillside village, accessible from Taormina, was used as the tranquil setting for the courtship between Michael Corleone (played by Al Pacino) and his first wife Apollonia in the first film.