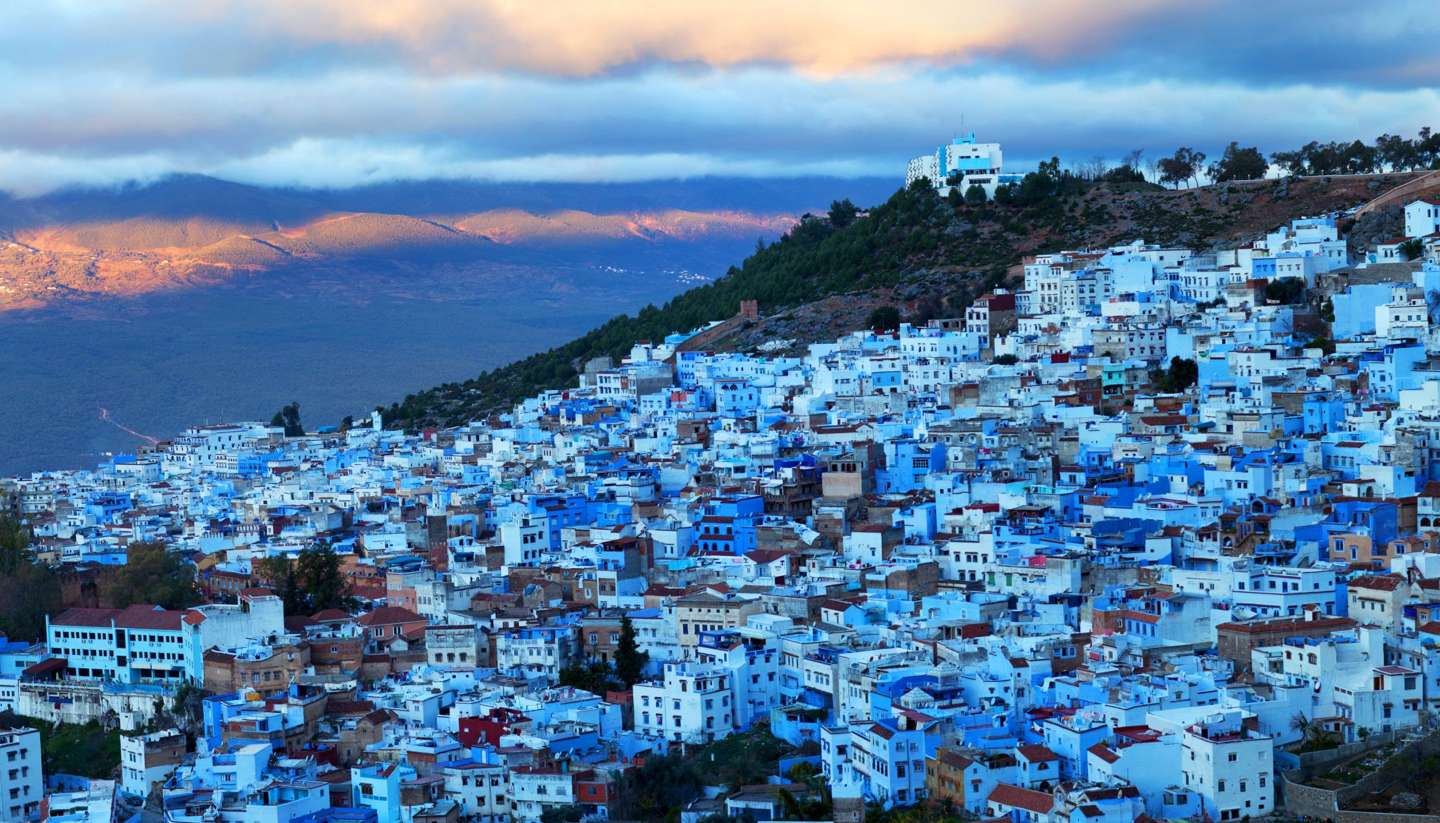 “Sorry Donald, I can’t talk properly at the moment. I was at the dentist’s today.” Hassan seemed as well mannered as he was helpful: the moment I stepped off the three-hour bus from Tangier, he offered his services as a guide. I was looking for Riad Baraka, a popular hostel in the city’s 550-year-old medina.

Through a Novocaine lisp, he described how his tooth had been punched out in a fight. The assailant’s provocation? A disagreement over territory. My new friend Hassan was, by his own reckoning, the top boy in Chefchaouen. “You should see the other guy, now. Haha.”

Walking through the gates to the old city, I enquired about beer. In Muslim Morocco, suds are never easy to come by. Kind Hassan, though, was quick to extend me another of his services – delivery. He also asked whether I’d like an amount of hashish. “Just beer for now, but thanks.” 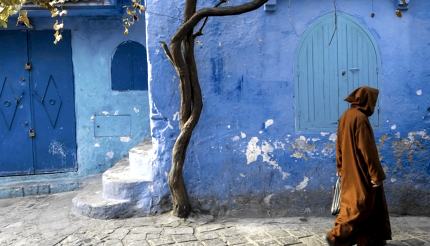 Dear Hassan never came back. No Red Stripe, no refund. Though, what he did leave with me was a curiosity to find out more about the city’s preferred depressant – weed. Firstly, it’s everywhere. You can’t turn a blue-hued corner without a glassy-eyed 20 something trying to sell you ‘kief’. While no one was threatening – even at night the medina’s sinuous walkways feel safe – they can be persistent, so be firm.

The product comes from the Rif mountains immediately surrounding the city. Their baked, infertile soil will grow little else so canna culture provides a regular source of income for the farmer population inhabiting a clutch of the city’s satellite villages (none of which appear on maps).

Cottage industry it’s not, though: the United Nations has previously reported that the Rif provides nearly one third of the world’s supply of hash – and 80% of Europe’s. While it remains illegal, the authorities apparently turn a blind eye. “The police are the mafia here,” alleged Hassan. “We pay them for territory.” 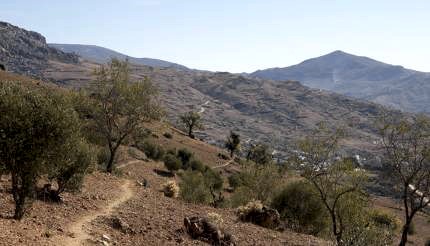 There is one crop that grows very well in this rugged land.Donald Twain

Keen to see it all up close, I was told to start at the Spanish Mosque. Popular with tourists for its citywide views, the whitewashed building sits atop a pudding-shaped hill 20 minutes’ walk east of the medina. Dawn and dusk are naturally the best – and most popular – times to visit, but those keen to see green should make it the former.

Shortly after sitting down I was approached by a young, slender fella with smoke-stained gnashers (dentists must do roaring business up here). Smiling and blinking in half time, I knew I’d found my guy. Stating my intent, he promised to guide me to his family’s farm.

On the subject of payment, however, we couldn’t agree. He wanted 300 Dirhams (roughly £21), but research suggested I should pay no more than 100 – always agree a price before setting off. Now goaded into a cocksure mood, I decided to do the eastward path alone.

"On the subject of payment we couldn’t agree"

The first village I hit was Loubar. By village, I mean a single winding dirt track, lined with no more than five or six modest farmsteads. It wasn’t long before I was approached by another young, mild-mannered man. Holding a cockerel, he gesticulated with his free hand in a way that suggested he was keen to show me the family business.

Weed tourism, albeit rudimentary in form, certainly seemed on his and the other villagers’ radar. For those with limited time, you’ll find what you’re after in Loubar. But I’d heard by trekking a little further to a village called Mechkralla, I’d be rewarded with a path that cut through shoulder-high cannabis plantations. The photo op was too tempting, so I pushed on. 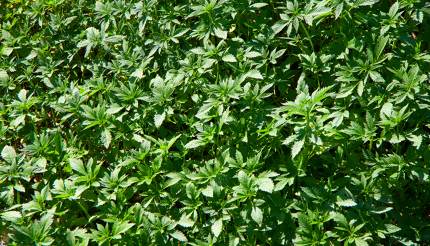 Farmers in the Rif Mountains depend on cannabis cultivation.Donald Twain

Then I got lost. No sunscreen, no water. Just a pair of knackered espadrilles and a linen shirt that said, ‘I’m an English idiot – please help’. And then someone did. An approaching Berber shepherd asked me, in broken French, where I was headed. He lived in Mechkralla, so I followed him there.

It was a Friday, and Friday is the holiest day of the Islamic week. Traditionally, no one works and the family gathers for a meal. Azerwal (not his real name) asked me to join him, his wife and their 10 children at the table – so I did. We shared bright-yellow saffron couscous, slow-cooked chicken and plenty of sweet Moroccan tea.

The meal ended and he intuitively said: “Come with me then, I’ll show you.” I’d hitherto mentioned nothing weed related. We walked down through the village towards a rhythmic drumming sound. As we approached, I saw dust swelling from a small barn door.

And then there it was. A room packed with bushels of cannabis, and three young men hitting enormous plastic bags full of the stuff with batons. One of them explained how the plants were harvested, dried and then whacked to separate the buds from the stalks.

A large metal bowl, covered with muslin cloth, is also placed in the plastic bags. The dust gathers in the bowl and can then be compacted to make hash. I tried it myself – they laughed. “Harder, or we’ll be here all night!”

These were clearly good people trying to supplement what would otherwise be a diminutive farmer’s wage. Certainly not villains toting Kalashnikovs. Converse to the quantities produced, ‘cottage industry’ suddenly felt rather literal – at this rung of supply chain at least.

Azerwal sent me on my way with plenty of water and a bud big enough to take down a Rastafarian football team. Did I smoke some? I certainly craved crisps and chocolate that evening. 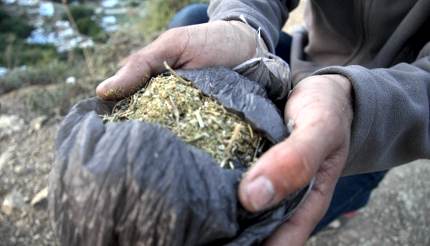 Much of the weed grown in the Rif will be smoked in Europe.Donald Twain