Christiania: Is this the end of Denmark’s free town? 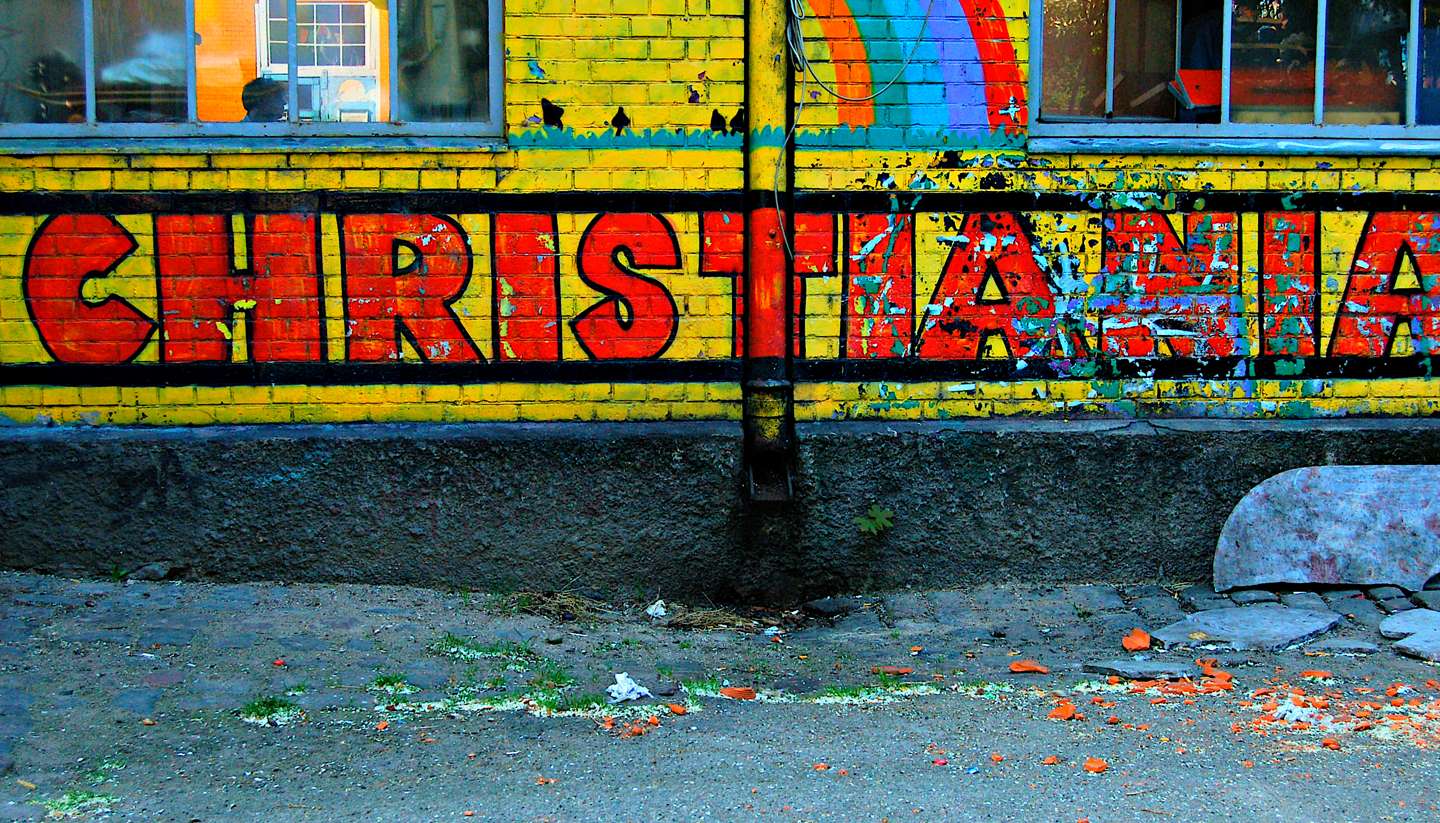 10 years after the Danish government began 'normalising' Christiania, Alex Fahey heads to Copenhagen to see what has become of the free town.

In the centre of Copenhagen stands a utopia. They don’t allow photography, so you’ll have to imagine it.

This being Denmark, you’d expect it to be stylish: a world of low-rise buildings designed around parallel lines and peaceful public spaces.

Except, it’s nothing of the sort. It’s a realm of psychedelic murals and strangely crafted dwellings; a world of art galleries in ex-army quarters.

This utopia, you see, hasn’t always belonged to Copenhagen.

Originally the Bådsmandsstræde military barracks, squatters took over here in 1971, renaming the area Christiania and proclaiming it free of Denmark.

The liberal government of the time allowed the squatters to remain as a ‘social experiment’; freeform houses were built from reclaimed material, environmentally mindful energy was implemented and the district became car-free.

Self-governed, Christiania bases its principles on collectivism, where consensus democracy rules and residents become home users rather than homeowners. It also has a lenient attitude to cannabis.

Its ideals, however, haven’t always met accord, and when a conservative-led government was sworn into parliament in 2001, they vowed to ‘normalise’ the area and started limiting Christiania’s autonomy.

It’s been a decade since that process began and Christiania’s residents (who see ownership as ideologically wrong) have had to take a deal declaring their propriety rights over the land. So are we seeing the end of the utopic Christiania dream?

As I enter Christiania, it glows beneath the first of the spring sunshine; camel-coloured reeds sway in a soft breeze and swans glide across the shimmering lake.

Following a path that weaves around the water’s edge, I hear the throb of techno music as clusters of people begin to appear and the air sweetens with marijuana.

This is Downtown, the hub of Christiania. Here, workshops, grocery stores and a kindergarten are conveniences for the residents; quaint stone cafés, darkened bars and regular tours entertain visitors.

I make my way through Pusher Street, home to a number of cannabis stalls. It’s a little intimidating: dealers hide their faces under scarves, sunglasses and baseball caps; their wares are concealed beneath camouflage netting.

I duck into an art gallery to meet Erik, a former resident. A squatter himself in the 1970s, he shows me photos from Christiania’s early days before reeling off several anecdotes about weed.

I ask him why he thinks the government wishes to normalise Christiania.

“It has to do with everything,” he says, stroking his grey stubble. “We are living in a big common, social place where the policy is to mix up as many people as possible.”

Out in the sunshine, cackling teenagers pass businessmen in suits and I hear English, German and American accents. Erik tells me there are Ukrainians and a Tanzanian among them too.

Normalisation has led the government to take a ‘zero tolerance’ approach towards the commune, the obvious target being hashish. This March, 76 people were sentenced to a total of 187 years imprisonment for their role in the cannabis trade.

In the early years, pushers wore African necklaces stuffed with cannabis to outsmart the police, but the market has grown since then – as have visitor numbers.

Christiania’s countryside offers a soothing contrast compared with the hubbub of Downtown, in particular its architectural oddities.

Free from planning restrictions, the houses here ooze individuality. One house lacks walls and is all roof apart from its two skylights, another is made entirely from second-hand windows.

The Danish authorities have only ever torn down one building, but they’ve had more luck pulling down Pusher Street.

Hidden beneath camouflage netting, the cannabis market has spent the past decade playing cat and mouse with the police; tip offs help pushers dismantle their stalls in advance of raids, while recent prison sentences prove the law sometimes wins too.

The police, though, fear a full-scale riot if they try and close the whole street at once.

But among the busts and bother, there have been a number of victories for Christiania.

In the 1970s, one dealer used his hash cash to build wind turbines for the area. His intention was to make Christiania self-sufficient within two years, and although he never achieved it, his endeavours inspired the world’s largest wind turbine, Tvindkraft, to be built. Today, Denmark generates 39% of its electricity using wind.

There have been other successes too, like the Christiania Cargo Bike, a lightweight, three-wheeled pushbike with a large box attached to the front. Its design grew out of the need to ferry goods (and children) around a car-free environment, but now they’re found all around the world.

Back in Copenhagen, it’s difficult to find anyone who opposes Christiania. Of all the locals I speak with, few are concerned with the area, and many think it has simply been in place too long for it to change.

Outside the city, however, Christiania is less well received. Karsten Lauritzen, MP for North Jutland, thinks the area is getting preferential treatment compared with rural Denmark.

“The discrimination is totally unreasonable,” he says. “Christiania has already been [sold] for a song by the state under very lucrative conditions.”

“We are ‘normalised’ now, in sense we have ‘bought it’,” Erik explains. A Supreme Court ruled that residents had no right to remain as they were; they were offered to buy the land instead.

Reluctantly, and with the help of government-guaranteed loans, residents bought the area and began offering shares to raise the money. The twist: the shares are symbolic. Holders don’t get any land and they have no say on how Christiania is run.

Despite normalisation, Christiania can still shout loudly about its architectural achievements, its environmental-friendly attitude, its self-sustaining ethos and its beautiful countryside. It means its story doesn’t have to conclude with cannabis, again.

And perhaps that’s the point: Christiania will survive because of its ethos and individuality. Copenhagen may attract the foodies and fashionistas but nowhere in the city charms like Christiania, even when it’s at its most normal.

A quick guide to Kochi Prefecture