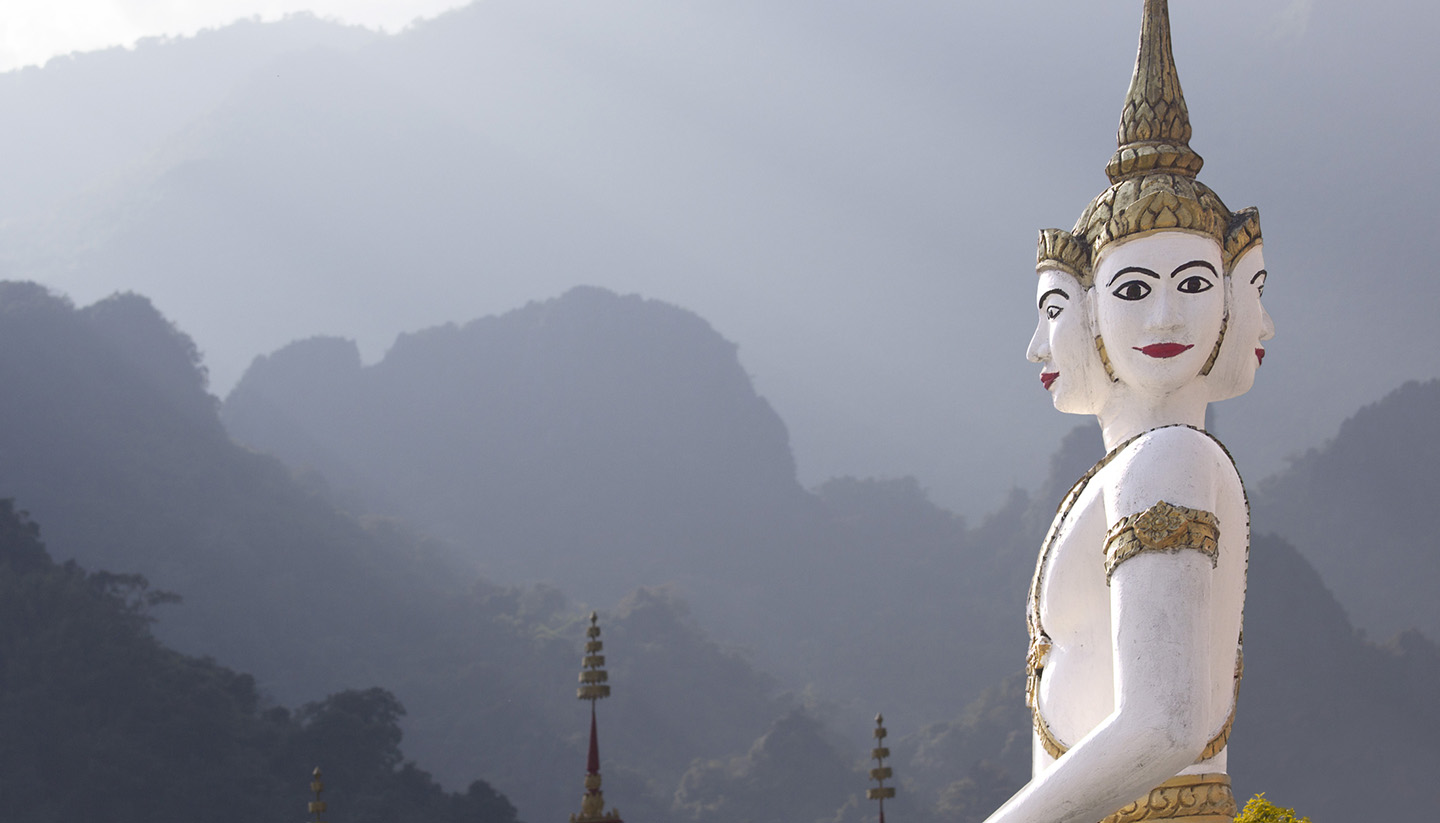 Tread away from the typical tourist trails as we explore the lesser-known sides of Asia, Africa and South America. Wander vineyards in Uruguay, scour UNESCO World Heritage sites in Ethiopia, and absorb the sights and scents of enticing Laos.

Just across the border from Thailand and Vietnam is the little-known gem of Laos, a land-locked country of mountains and rivers where you’ll find some of the most chilled-out people, tasty food and unspoilt nature in the whole of South-East Asia.

The UNESCO World Heritage city of Luang Prabang is a favourite with travellers, with its Franco-Lao architecture, tropical climate, delicious spicy food and Indochinese soul. A unique way to reach the city is by slowboat along the mighty Mekong River – stop at remote hilltribe villages along the way to learn something of Laos’ fascinating ethnic minorities.

Set amongst lush mountain scenery, Luang Prabang is also home to one of Asia’s most incredible sights: every morning, thousands of orange-robed monks rise at dawn and walk the streets barefoot to collect their daily alms from local residents.

Away from the cities, marvel at the intriguing Plain of Jars, where hundreds of stone jars are mysteriously scattered across the countryside, or spot rare Irrawaddy river dolphins at Si Phan Don, on the Mekong near Cambodia.

With more than 7,000 islands, one of the longest coastlines in the world and masses of dense tropical rainforest, the Philippines is a tropical paradise for beach lovers, adventurers and explorers alike. Off the beaten track for most visitors to Asia, the Philippines benefits from a distinct lack of crowds and a stunning landscape to explore.

The Philippines are overflowing with pristine white-sand beaches and warm azure waters. One of the country’s most popular beaches is White Sand on Boracay. Good surfing can be found on the islands of Pagudpud and Siargao, while divers tend to make a beeline for Panglao.

Inland, the rich history and culture of the Filipino people, the dramatic landscapes and thriving cities will leave you fascinated. The capital Manila is the country’s heart and soul: a pulsating hub blending the Oriental with the Occidental, the traditional with the modern, and the mundane with the extraordinary.

Think of Ethiopia and stark images of drought, famine and war spring to mind. However, whilst these ravages have taken their toll on this nation, the endurance of its people, its awe-inspiring landscapes and its ancient historical sites will undoubtedly inspire intrepid travellers.

With no fewer than eight UNESCO World Heritage sites, your dilemma will be where to start your Ethiopian adventure. Head to the Simien Mountains, famed for their dramatic, volcanic pinnacles where endless trekking, horse-riding and climbing opportunities abound. Keep an eye out for resident ibex, baboons and the rare Ethiopian wolf. Alternatively, enjoy an angling trip in a dugout canoe or traditional papyrus boat on the glistening lakes of the Rift Valley or get an adrenaline kick from a spot of white water rafting on the Blue Nile

Culture lovers should visit Aksum, renowned for its ancient carved obelisks, castle-strewn Gondar and Lalibela’s amazing rock-hewn, 12th century churches, all among some of the most stunning historical sites in Africa.

Wedged between Madagascar and Mozambique, the Comoros Islands offer a largely unknown tropical paradise for those who like to get off the beaten track. There’s everything you could expect from an island holiday: diving amid pristine coral reefs, quaint fishing villages, and miles of unspoilt beaches, home to protected green turtles.

But explore beyond the coast and you’ll discover the unique assets of this archipelago. This includes Mount Karthala, an active volcano which you can climb before descending into the crater if you dare. Ancient capital Itsandra is worth exploring for its royal tombs and a fortress while Mitsamiouli boasts the best Comoran dancers.

Other highlights include Dziani Boundouni, a sulphurous crater lake on Mwali island and the thundering waterfalls at Miringoni.

Ecuador is often overlooked during initial ventures into South America, but this little coastal chunk has gleaming beaches, lively towns and mountainous scenery to rival many of its larger, more touristed neighbours.

Cuenca, in the south of the country, has historic streets peppered with interesting markets, while one of Ecuador’s most popular tourist spots is Baños de Agua Santa – a city nestled in the foothills of the Andes – where you’ll find quad biking, horse riding and mountain trekking, plus steaming natural hot springs. Volcan Cotopaxi offers a satisfying challenge for those vying for a hearty hike, and the warm coastal air of Machalilla is alive with thriving weekend street parties, and is a haven for eager surfers and laidback sun-seekers alike.

The wines of neighbouring Argentina may have had more press, but Uruguay’s sprawling vines produce some truly marvellous grapes, and there is no better place to appreciate them from than the country’s array of welcoming vineyards and bodegas. The rolling hills of Canelones, the verdant region surrounding capital Montevideo, are where 60 per cent of Uruguayan grapes are harvested, and offer many leafy and peaceful spots in which to sip and unwind.

After sampling the grapes and the greenery, let your hair down among the rich and beautiful in nearby Montovideo, take a short boat trip along the coast for the cobbled streets and colonial charm of World UNESCO Heritage site Cologne, or head inland to be truly immersed in gaucho culture in Tacuarembó.