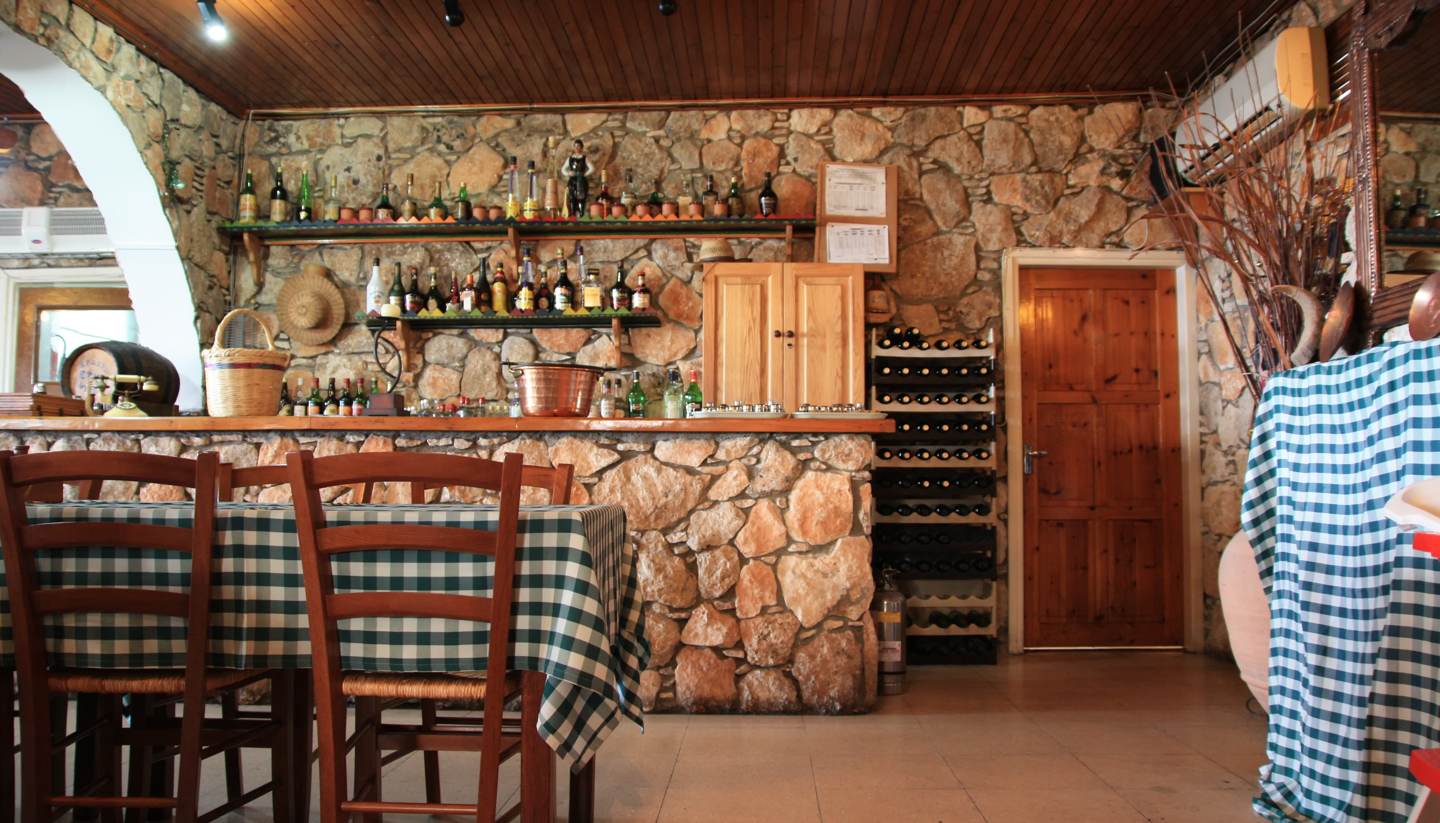 With sun-kissed beaches, ancient ruins and tranquil villages, Cyprus offers an island escape to fit all – and it’s also a foodie destination in its own right

With year-round sunshine, Cyprus is famous as a beach holiday destination, but it also has splendid ancient Greek temples, Roman mosaics, Byzantine churches and monasteries dating back a thousand years. What’s more, if you thought Cypriot cuisine was all about tavernas and Greek-style dishes, you’re in for a surprise.

Cypriot food has transformed over the past few years into a contemporary cuisine which combines international food trends with traditional Cypriot recipes. The best way to sample Cypriot food is by trying lots of meze (tapas-style dishes), typically including dips (like fish roe-based taramosalata), olives, bread and some grilled meat or seafood. Kleftiko (seasoned slow-baked lamb) and dolmades (vine leaves stuffed with rice) are favourites. But you can’t leave the island without tasting some halloumi cheese – pan-fried in butter with cherry tomatoes and lemon juice, it’s just delicious. 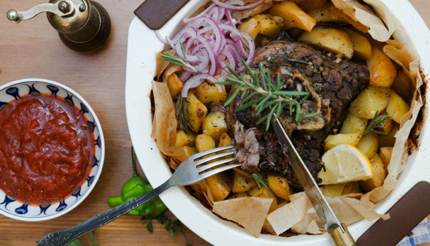 Limassol, one of Cyprus’s liveliest cities, has long attracted holidaymakers to its resort hotels and their sweeping sea views, swimming pools and private stretches of beach; now tourists are flocking to its many markets too.

Limassol Municipal Market in the old town is the best place to stock up on local delicacies such as black walnuts in syrup and soujouko, a dried sweet made from grape juice, which doesn’t look appetising with its rubbery texture but actually tastes delicious. These sweets are best enjoyed with Cypriot coffee, which is taken short and strong – if you prefer it sweet, ask for a ‘glyko‘; if you want it less sweet but without the bitterness, ask for a ‘metrio‘. The market is open from 6am to 3pm, Monday to Saturday. 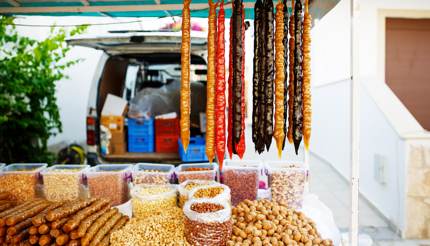 One of the most talked-about restaurants in Cyprus is Ta Piatakia, run by the island’s celebrity chef Roddy Damalis. Here, the red walls are adorned with colourful small plates (Ta Piatakia means Little Plates) adding plenty of character and fun to the place. The food is creative and excellent – Greek-influenced dishes with a Cypriot twist – while Roddy is a jovial character, with his infectious smile and positive energy. Make sure you leave room for dessert – the chocolate brownie with chilli and chocolate ice cream is to die for.

On the sun-drenched foothills of the Troödos mountains, sweet dessert wine Commandaria, the world’s oldest continuously produced wine, is produced here. KEO St John is the most popular brand – allegedly, its recipe is top secret and vintage bottles dated back over a century are still stored in the company’s vaults.

Another wine to try is zivania, which is made from a mixture of highly distilled grape juice and local dry wines. Similar to French eau de vie or Italian grappa, it is so strong that it’s said to ward off mosquitoes and sterilise wounds!

The food in Cypriot villages is traditional with an emphasis on local produce. Visit a halloumi cheese factory like the family-run Anoirkatiko farm in Anogyra village (30 minutes’ drive west of Limassol) to get a real taste of the island’s famous cheese. Also produced here are Greek yogurt and inari, another traditional cheese made from whey, which tastes like ricotta. Further west, near Paphos, is Letymbou village where traditional flaouna cheese pies are the speciality, especially at Easter. When you get there, ask for Sophia Kyriakou. She’s the best producer in the village, baking Easter pies for the entire village every year. 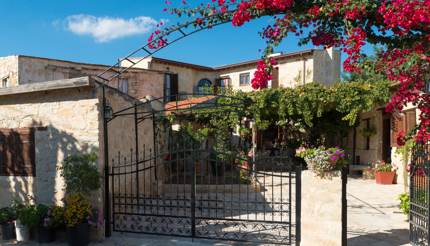 Before your trip, visit the Cyprus country guide for: