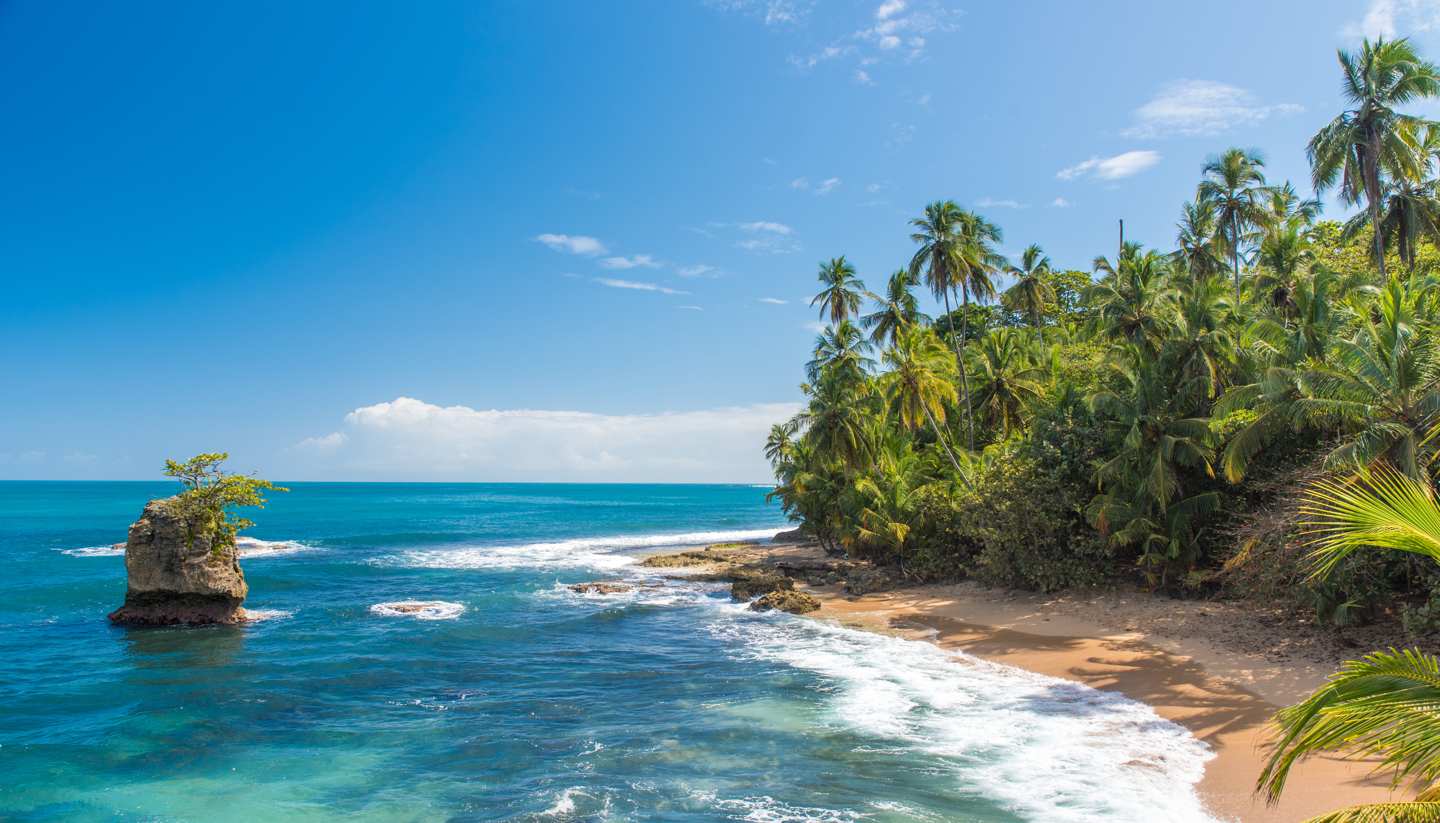 From navigating a leafy rainforest to cooling off in a sun-drenched surf, Costa Rica is captivating, beautiful and truly diverse

With untouched, unspoiled beaches and lush jungles, this Central American gem is a mecca for thrill seekers, wildlife enthusiasts and anyone who loves perfect, picturesque landscapes. Translating to ‘rich coast’, Costa Rica more than lives up to its name, as it is endowed with over 121 volcanic formations, 1,289km (801 miles) of coastline and more than 5% of the world’s biodiversity.

Whether you’re belaying deep into a cavernous grotto on a wildlife tour or scaling the heights of a towering volcano, Costa Rica is home to some of the world’s most sublime natural wonders. With many companies offering unique activities and experiences, we take a look at five unique ways you can immerse yourself in a Costa Rican sojourn.

Savour nature in all its splendour

Tucked away in one of the most remote corners of the Southern Pacific, Costa Rica’s Osa Peninsula is where the country is at its most glorious. Located about 255km (159 miles) south of the capital, San José, the Osa Peninsula is a wild rainforest region that houses all walks of native wildlife amid breath-taking, postcard-worthy scenery.

Whether you prefer to swim in pristine waters, scuba dive to the deepest depths or kayak along ravenous mangrove swamps, Costa Rica’s beauty is all-encompassing. Travelling by boat or on horseback, Corcovado National Park is the Peninsula’s main attraction. The native flora and fauna are a sight to behold – with anteaters, tapirs and monkeys just a few species that make up Costa Rica’s staggering 5% contribution to the world’s biodiversity and animal population.

Trekking from the Los Patos ranger station within the park to La Sirena is popular. The eight-hour journey through the rainforest is immersive, a truly humbling experience. If you’re feeling extra adventurous, you can continue your hike from La Sirena to La Leona, the ‘coastal route’, on the next day to see Osa Peninsula in its entirety.

On the north side of the Peninsula lies Drake Bay (Bahía Drake), a pristine piece of coastline believed to hide buried pirate treasure. Today, this secluded spot attracts visitors who are drawn to its more obvious, natural treasures – expansive sandy beaches that span as far as the eye can see and surrounded by magnificent, tropical rainforests. Peering out into the deep blue from the shore, you might just be lucky enough to catch a glimpse of one of the true locals, whales, with Drake Bay being the best place in Costa Rica for whale watching between August and March.

Although getting to Osa Peninsula takes a bit of planning, it is certainly worth the effort. We recommend taking a bus or car from San José to Sierpe, then switching to a boat for the two-hour journey from Sierpe to Drake Bay. 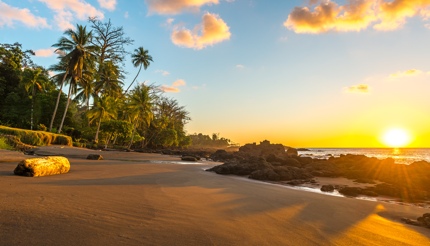 Tropical sunset along the Pacific Coast of Costa Rica

For many travellers, Costa Rica’s capital, San José, is simply a layover stop in between the country’s captivating jungles and coastline towns. But this budding, trendy city is experiencing a modern cultural renaissance that makes it more than just a speed bump between point A and point B, and a worthwhile destination for anyone visiting Costa Rica.

The economic and political capital of the nation, San José is littered with old-world charm and decadent neoclassical architecture. For travellers wanting to gain an insight into the history of Costa Rica, there are a handful of outstanding museums that shed light on the country’s rich heritage. A couple to consider include the National Museum of Costa Rica and the Museum of Pre-Columbian Gold. For more information, check out the ‘Things to see in San José’ guide.

Once you’ve enjoyed the peace and quiet of San José’s museums, venture over to Teatro Nacional, the national theatre, for a free performance by the National Symphony Orchestra, or enjoy a night of dancing at one of the trendy bars on Barrio Escalante.

Get your heart pumping

Whether it’s bungee jumping, treetop climbing or white-water rafting that gets your blood boiling and heart pumping, Monteverde Cloud Forest Reserve, located approximately 138km (86 miles) from San José, is the adrenaline capital of Costa Rica and offers a suite of adventure activities for the daredevil traveller.

For adventurists seeking to zipline atop the longest and highest zipline in Latin American at the 100% Adventure Park, be prepared to feel the wind in your face and the quiet flutter of a toucan’s wings as you speed through the dense rainforest brush way above the forest floor.

If you’d prefer a change of pace at any point or just want to enjoy the rainforest’s sublime tranquillity, SkyWalk and SkyTram tours are also available. They also allow you to revel in the cloud forest’s biodiversity high above the rainforest canopy. 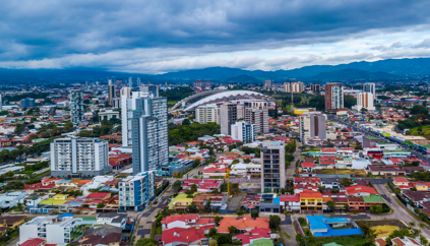 Although you can’t hike up to a volcano crater and see white hot magma glowing below, it doesn’t mean you can’t enjoy an adventure to the surrounding national parks.

Arenal Volcano was one of Costa Rica’s most active volcanos, erupting 41 times a day on average, but it is now in a resting phase. You can still explore the old lava flow and enjoy a luxurious soak in one of the many hot springs within the park. 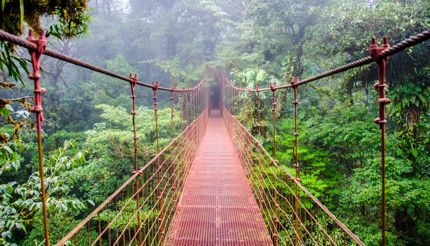 Bridge in the rainforest of Monteverde

Volunteering is one of the best ways to really get to know a country and its people.

Whatever your preferred method of volunteering, be it animal conservation in the heart of the rainforest, teaching English in rural areas, helping to build homes for Costa Rican families, or provide medical assistance to those who need it most, there are a variety of initiatives available to travellers wanting to give rather than take. The people you’ll meet, the friendships you’ll make and the skills you’ll learn are what make volunteering in Costa Rica so worthwhile, not to mention how much your Spanish will improve.

Before you go, see our Costa Rica travel guide.