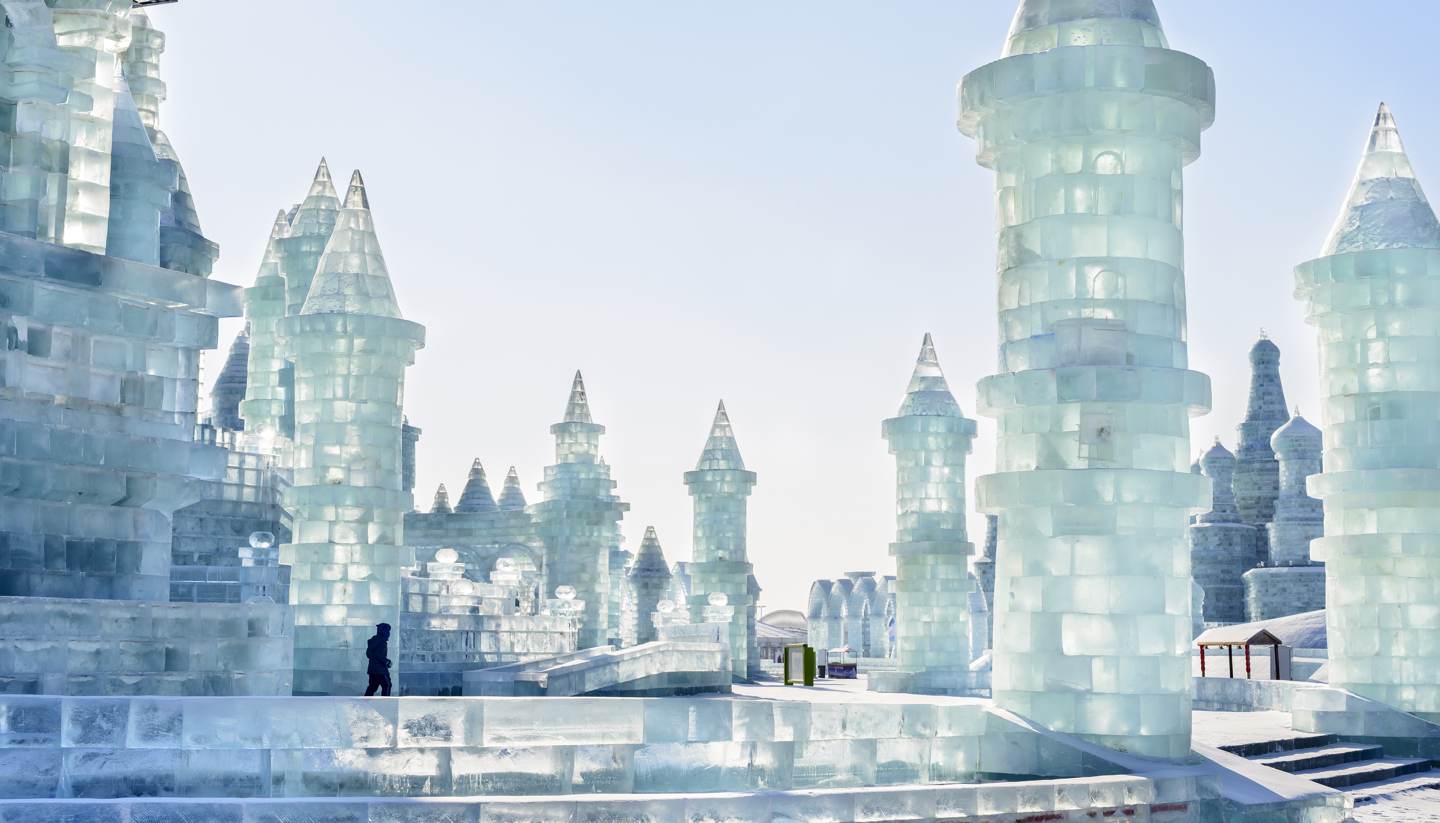 Never mind the cold, to more than a million visitors enjoying the massive snow and ice sculptures – each beautifully handcrafted and illuminated with LED lights – the Harbin ice festival is truly a magical winter wonderland. So plan a winter trip via flight or train from Beijing and prepare to be blown away by an otherworldly display of artistic genius in a surreal, frozen landscape.

When does it start?

Officially, the Harbin International Ice and Snow festival runs for a month from January 5 and often stretches through late February when weather permitting. While the festival often opens up to visitors in late December, the official launch is a firework extravaganza that is well-worth experiencing. 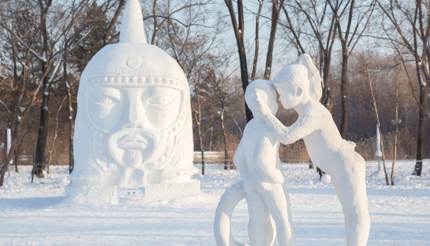 Snow sculpture of a girl whispering in a boy's earBeeBright / shutterstock

Why is the festival so famous?

Barring a few years during China’s Cultural Revolution, Harbin’s snow and ice festival has been running continuously since 1963. Over the years, the ice and snow sculptures have become increasingly extravagant, drawing sculptors and artists from around the world to create freezing behemoths ranging from 103-metre long human figures to 40-metre tall crystalline pagodas built from shimmering bricks of ice and snow. As these structures have grown in number and quality, so has the festival; Harbin now houses three distinct theme parks showcasing a wide variety of sculptures. 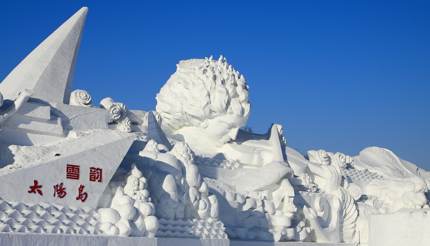 How are the sculptures created?

Ice used in Harbin’s festivals has been sourced from the nearby Songhua River. In 2016, China Daily reported that more than 50 workers extracted nearly 180,000 cubic meters of ice from the river over the course of three weeks for the festival. To do so, they use electric saws to cut out gargantuan 700kg blocks, which take four men to lift. 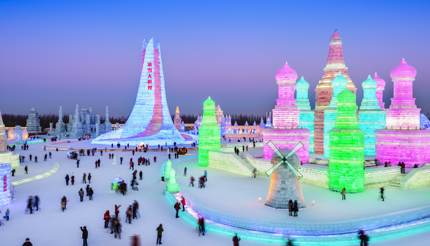 As the world’s largest ice and snow festival, Harbin showcases over 750,000 square meters of displays. Originally, the Harbin festival was a lantern show, and one of the three venues today, Zhaolin Park, plays tribute to this history through its illuminated lantern display (the lanterns are, naturally, cut from blocks of ice). At night, Zhaolin Park, along with the Ice and Snow World, are animated with dazzling LED lights. The third park, the Sun Island Scenic Area, contains displays that can only be viewed during the day. While a reconstruction of the Roman coliseum made completely of ice may inspire awe in some, there are winter-themed alternatives for sporty travellers, including skiing, ice sailing, swimming and fishing. There’s a reason Harbin has been nicknamed Ice City: in the winter months, it truly becomes a freezing oasis and a marvellous monument to all things winter. 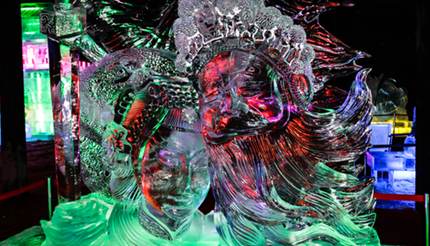