In search of Barbizon, the bohemian village 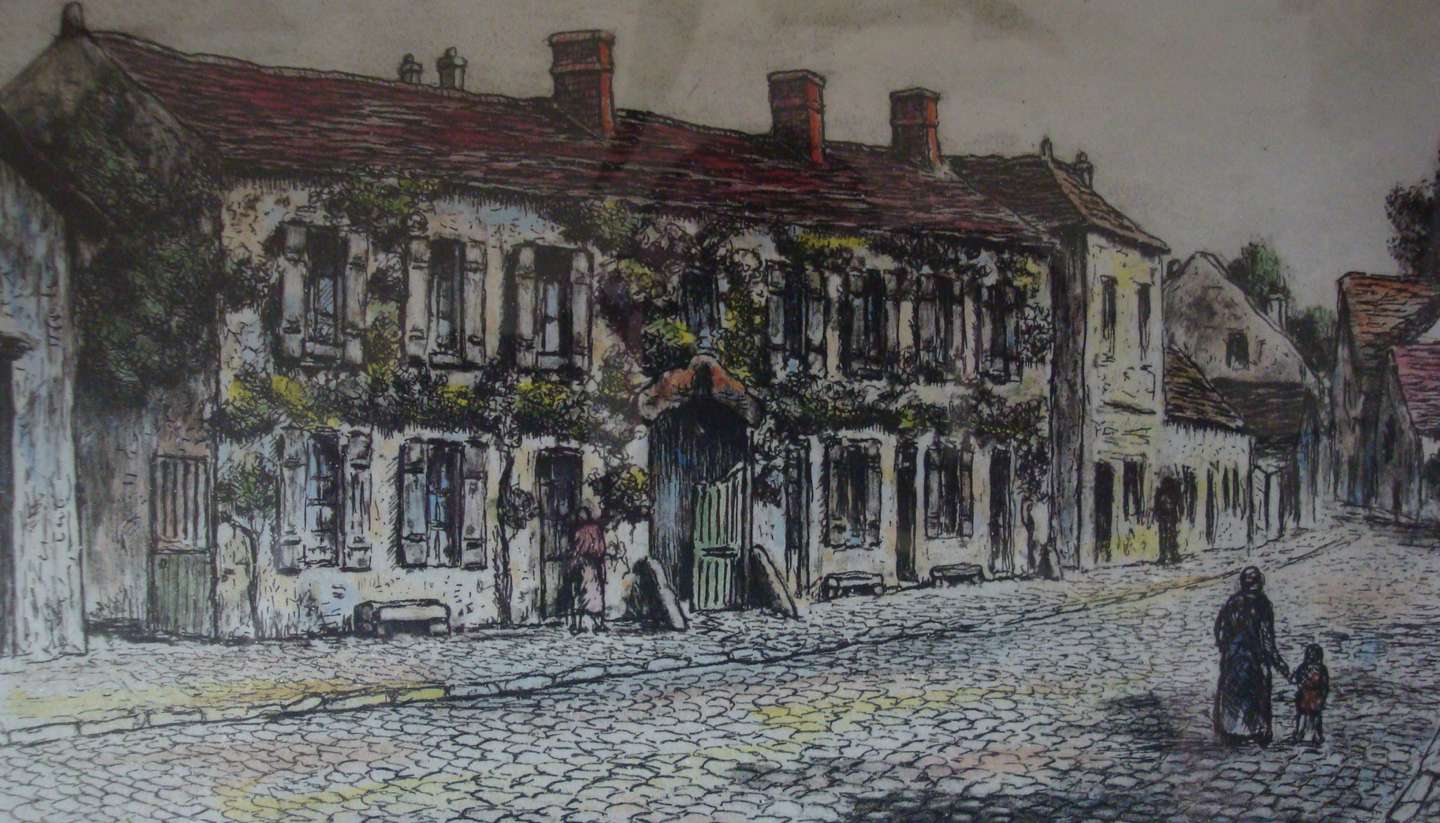 After unearthing three etchings in a soggy car boot sale, David Middleton goes in search of the place they depict and discovers Barbizon, France's bohemian village.

“Okay, where do you want me to stand?” asks Bruno, pacing in front of the Auberge Ganne.

I lift up an etching of the 19th-century inn and direct him towards the centre of the street, trying to recreate the scene Maurice Jacque captured 150 years ago.

Bruno waits for a boulangerie van to dart pass and steps into the frame.

We’re a far stretch from the soggy car boot in Ludlow that started this whole thing. That was where I’d originally found three intriguing paintings among a collection of yellowing books and once-loved teddies, and hoped to discover the town they depicted.

That’s why I’m directing Bruno around the small French commune of Barbizon on the 140th anniversary of the death of one of its founders, Jean-François Millet.

Around 1830, Millet set up Barbizon as an artist’s colony with friend and fellow painter, Théodore Rousseau. The commune stoutly renounced French classical art and the Auberge Ganne became a temporary home to 60 or so artists.

Two centuries on, little has changed, and all that is missing from the modern-day Auberge Ganne is a chimney pot and a pair of 19th-century figures walking hand in hand along Grand Rue.

Before we step inside, I have Bruno stand in their place, gracing the cobbled street in his jeans and baseball cap.

Now a museum dedicated to the Barbizon School of artists, the Auberge was once where Jean-Baptiste Camille Corot, Narcisse Virgilio Díaz and Charles Jacque enjoyed the good wines and hearty fare of their host Madame Ganne.

Raucous evenings of song and dance, artistic debates and arguments happened regularly across the scrub-top tables, with painters only settling their bar tabs after they sold some work.

Madame Ganne even encouraged them to paint the walls of the inn and its furniture panels.

Walking along Grand Rue and past Rousseau’s gated house, it’s easy to see why so many artists were drawn away from "black, muddy, smoky Paris", as Millet put it.

Barbizon’s proximity to the Forest of Fontainebleau allowed them to literally take up their easels and set them up amongst the trees and the rocks.

Today the commune has painters’ trails, china-clinking cafés and posh galleries, but behind it all Barbizon maintains its historical integrity, with beech and pine trees still poking their heads above the rooftops.

Millet lived here for 26 years with his wife and their nine children, his "little toads”. They led a simple life alongside farmers, woodlanders and humble peasants, all of them subjects of his work.

His house is now a museum and his presence is almost palpable as his works and self-portraits hang from every wall.

I show my second etching to the museum’s curator, Madame Farhat. It’s of a view along Grand Rue, which clearly illustrates the house of Charles Jacque.

She raises her eyebrows.

“I am not sure if this is the residence of Stevenson,” she says looking at the etching and then through Millet’s window onto the street, “it is very different.”

I can see her point: one facade is totally unrecognisable – the Hotel Siron where Robert Louis Stevenson stayed. Now the Hotellerie du Bas-Breau, it’s more in keeping with the Black Forest than a grey stoned French village.

“Can I take a copy?” she asks, “I would like to investigate further.” I oblige and leave with Bruno, so that we can check things out for ourselves.

Pacing in front of the Bas-Breau, etching in hand, we satisfy ourselves that we are looking at a later facade and dip inside.

The receptionist greets us warmly.

“No,” she says emphatically as we hand her the etching, “that is not Stevenson’s residence.”

Not the reaction we had expected, we point out the archway, Jacque’s house and Millet’s residence in the distance, but she isn’t moved.

It seems futile to labour the point, so we listen to her tales of the inn. On the wall, a portrait of Stevenson stares at us in support and we leave in the knowledge that Madam Farhat will soon pay Bas-Breau a visit to set the record straight.

We wander to the end of Grand Rue, passing Díaz’s house, hidden behind a high stone wall, and into the unspoilt forest. We see the rock formations made famous by the Barbizon School and by Stevenson in his Forest Notes: “Here and there a few grey rocks creep out of the forest as if to sun themselves.”

Allied airmen parachuted into the forest to assist the French resistance during WWII, facing many obstacles, but help was at hand in the unlikely guise of Drue Tartiere, an American movie starlet from the 1930s.

After escaping from a prisoner of war camp, she returned to Barbizon and hid allied parachutists from the enemy. Her former home is now an art gallery, run by artist Erika Gage.

“See the roof space there?” she points, “that is where Madame Tartiere hid many of the airmen.”

We move on, keen to find The Tumble Inn, a popular post-war, bohemian bar where allied troops, Charlie Chaplin and President Roosevelt all drank. Spotting two local men standing on the terrace outside Grand Rue’s Royal Bar I ask them if they know of it.

“Bien sûr!” cries the older gentleman through a cloud of Gauloises smoke, “it is here, but it is closed since 20 years.” He points to a house a few yards behind us.

The last customers tumbled out of the inn in the 1990s, but the Royal Bar still serves a cool glass of beer for thirsty tourists.

Leaving Barbizon, we drive to Chailly-en-Bière, the location of my third etching, to see the Church of the Angelus, which featured in Millet’s most famous pastoral work, The Angelus.

The church and its pollarded trees have hardly changed – even the clouds look the same. Then, as if on cue, the clock tower treats us to a burst of the Angelus bell.

Getting there
Barbizon is about 60km (37 miles) south of Paris but is not served by public transport. The nearest railway station is at Melun, 8km (5 miles) away. Taxis are available from the train station.

Where to stay
The timeless Bas-Breau (www.bas-breau.com) hotel at 22 Grand Rue is where Robert Louis Stevenson would stay and write when he was in Barbizon.