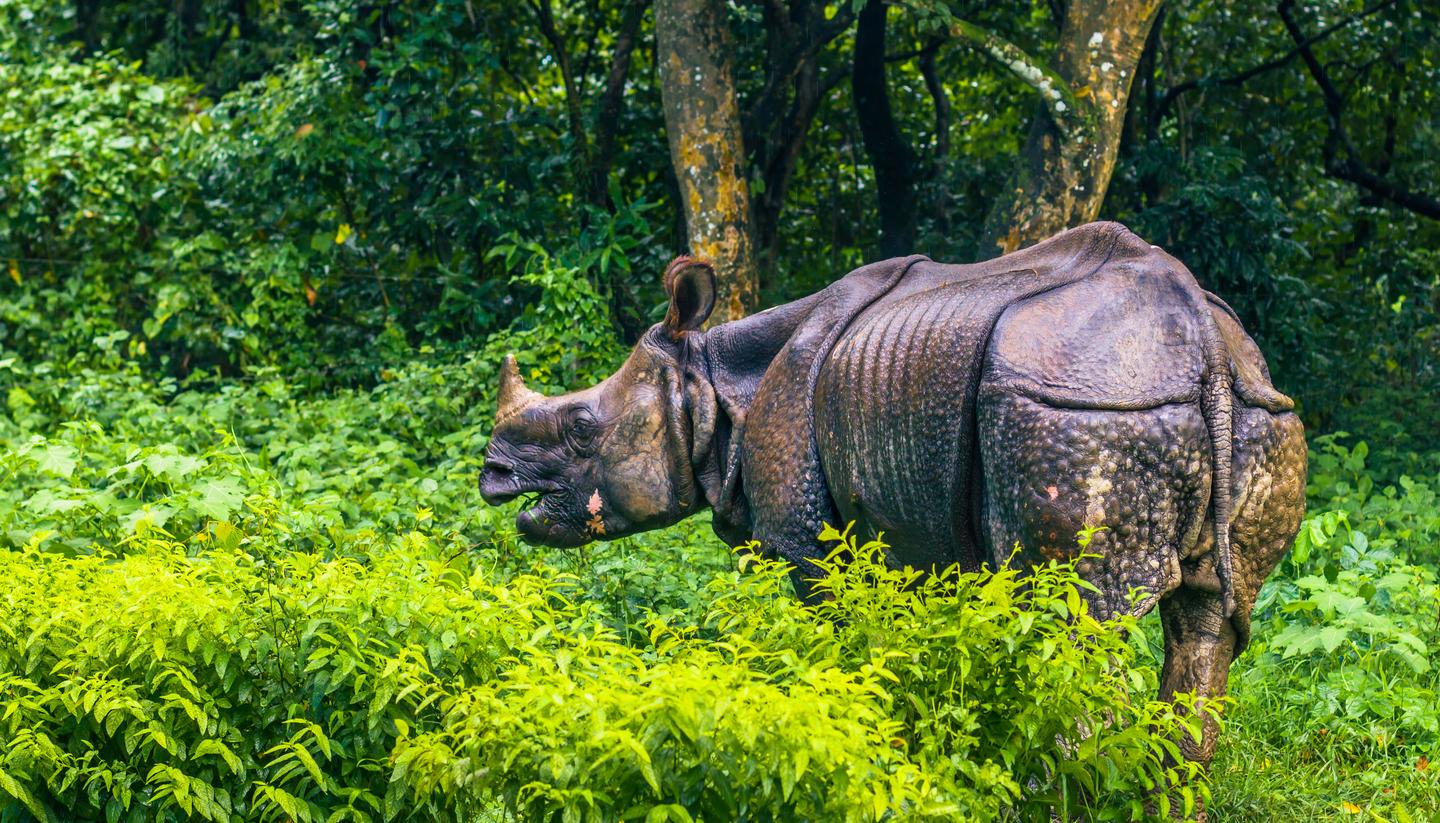 When it comes to the world’s most sought-after safari destinations, India probably doesn’t spring to mind. But with 500-plus wildlife sanctuaries scattered across its beautiful and geographically diverse landscape, India should be at the top of your list.

Whether it’s shivering in the snow with yaks or breaking a nervous sweat near 500-pound Bengal tigers, a safari trip in India is always an adventure. One day you can be surveying habitats from the safety of a vehicle in Ranthambore National Park, and the next experiencing bumpy camel rides through the Thar Desert. India’s wealth of wildlife seems endless with lions, rhinos and elephants being popular sightings, so remember to pack your binoculars.

A safari in India isn’t complete without a sighting of a Royal Bengal tiger. If you’re on the search, these endangered cats prefer deciduous temperatures and tend to wander through mangrove forests and grasslands. You can also see them in any of India’s 50 tiger reservations. The top two reserves include Tadoba-Andhari Tiger Reserve, the largest and oldest national park in the Maharashtra State, and Madhya Pradesh’s Bandhavgarh Tiger Reserve.

Tigers aren’t India’s only ferocious felines as Asiatic lions can be spotted roaming across Gujarat State’s Gir National Park. This park is now their permanent home after a population rebound from 12 lions in the 19th-century to several hundred today. Lucky tourists might also see an Indian leopard lurking on the forest floor in Ranthambore National Park or Jim Corbett National Park.

Next up is the one-horned rhinoceros – a thick-skinned friend of northeast Indian safaris. Previously hunted for sport and killed as pests, these resilient creatures were near extinction up until the past century. Now, more than 3,500 one-horned rhinoceroses currently live in India. Kaziranga National Park, a UNESCO World Heritage Site, hosts more than two-thirds of the world’s one-horned rhinoceros population alone. You can spend some time here, watching them wade through swampy lagoons.

Herds of Asian elephants also wander through Kaziranga, rounding up the country’s safari staples. Asian elephants are smaller than their African cousins but still rank as Asia’s largest land mammals. Despite their intimidating height of 2.3-3.3m (7.5-10.8 ft), national park visitors will squeal watching these gentle giants shower themselves with their trunks.

Though impressive, the ‘Big Five’ hardly scratch the surface of India’s wildlife. With luck and patience, the landscape reveals bears, cobras, monkeys, panthers and more. Even without a tiger sighting, visitors will be kept busy while spotting some of destination’s 1,200 species of birds and 2,550 types of fish. 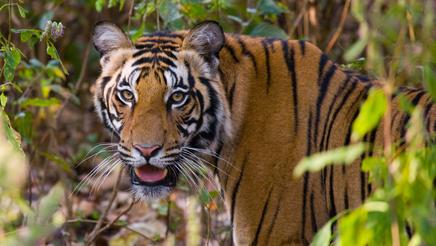 Portrait of a tiger in the wild, India, Bandhavgarh National Park

After figuring out what wildlife you want to see, your next task is narrowing down the type of safari you want to experience. How close is too close to a lion? Do you prefer your sightings on foot or from the safety of a vehicle? Many national parks organise Jeep, minibus and boat tours so rangers can cover extensive ground without lag. But why squint from the back seat of a car? Walking the same foothills as endangered predators on a trekking tour is another immersive option.

Or, for a once-in-a-lifetime experience, take an elephant safari. There’s no better way to navigate hilly terrain and muddy grasslands than on the back of one of the ‘Big Five’. Elephant tours are an intimate all-access pass to land that even Jeeps can’t cross. You’ll feel like Indian royalty swaying from your lofty perch. Those willing to trade wildlife for ruins can try a rugged camel tour through Rajasthan’s golden deserts, popular around the cities of Jaisalmer, Osian, Bikaner and Pushkar. 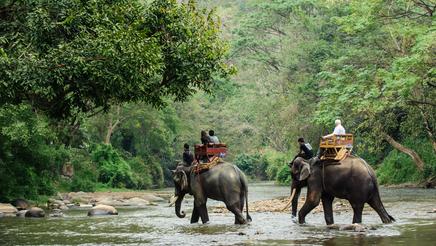 Know what you want

When it comes to this destination, scale does matter. India’s geography is vast and varied; so decide in advance whether you want to prioritise seeing certain wildlife or a specific safari area. Over-ambitiousness runs the risk of wasting tiger time hopping from bus to bus.

You won’t pass up the adventure by staying in one place. India’s abundant flora and fauna mean each national park tells its own unique story. Two parks famous for their size and stretch include the 1,945 square kilometre Kanha National Park in Madhya Pradesh and Sundarbans National Park. Tigers, crocodiles, monkeys, sharks, and snakes are also spread over a winding network of islands in West Bengal. 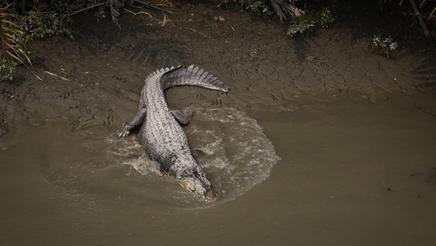 Many parks close for India’s monsoon season from mid-June to October, but some stay open year-round. Winter safaris have the most pleasant temperatures, but wildlife is harder to find in the thicker vegetation. Winter safari-goers should also pack layers for chilly mornings and nights. Foliage dries up to reveal more animals in the forests from March until June, but tourists will have to withstand 40-50°C heat (104-122°F). No matter the season, always double-check park openings and closings when planning your trip.

Leave your sequins at home as they might ward off bashful wildlife. Safari pros recommend wearing shades of beige, green and khaki that won’t alert animals of your presence. Forget fragrant perfumes and cigarettes, because many animals will avoid your area if they smell you.

Also, remember that your guide knows the land best. Follow all rules in place for the safety of you and the animals. It’s important to stay in your jeep and on marked trails, and don’t take anything but photographs.

Most importantly, keep an open mind. Every safari is different, so think of the ‘Big Five’ as bonuses. Whether or not the rhinos and elephants are out and about, appreciate the otherworldly scenery and wildlife that will greet you on your trek. 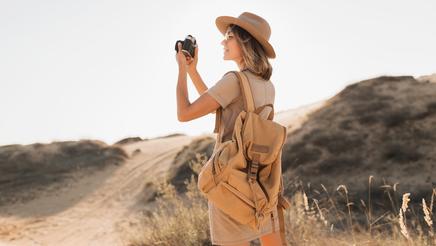 India holds wildlife to holy regard. Hindu gods each have different animal vehicles, so the country treats the wildlife as sacred. That said, three members of the ‘Big Five’ are endangered due to poaching, trophy hunting and illegal wildlife trade. An increase in population, industrialisation, urbanisation, agriculture and commercial exploitation has also destroyed species and habitats. The Indian government is taking steps to protect its wildlife with efforts like Project Tiger, Project Elephant and the Crocodile Conservation Project. While planning your safari adventure, specifically camel and elephant tours, research the mission of the organisation you’re using. To find out how to help environmental conservation efforts, contact the Wildlife Protection Society of India (website: www.wpsi-india.org).

Before you go, check out our India Travel Guide.