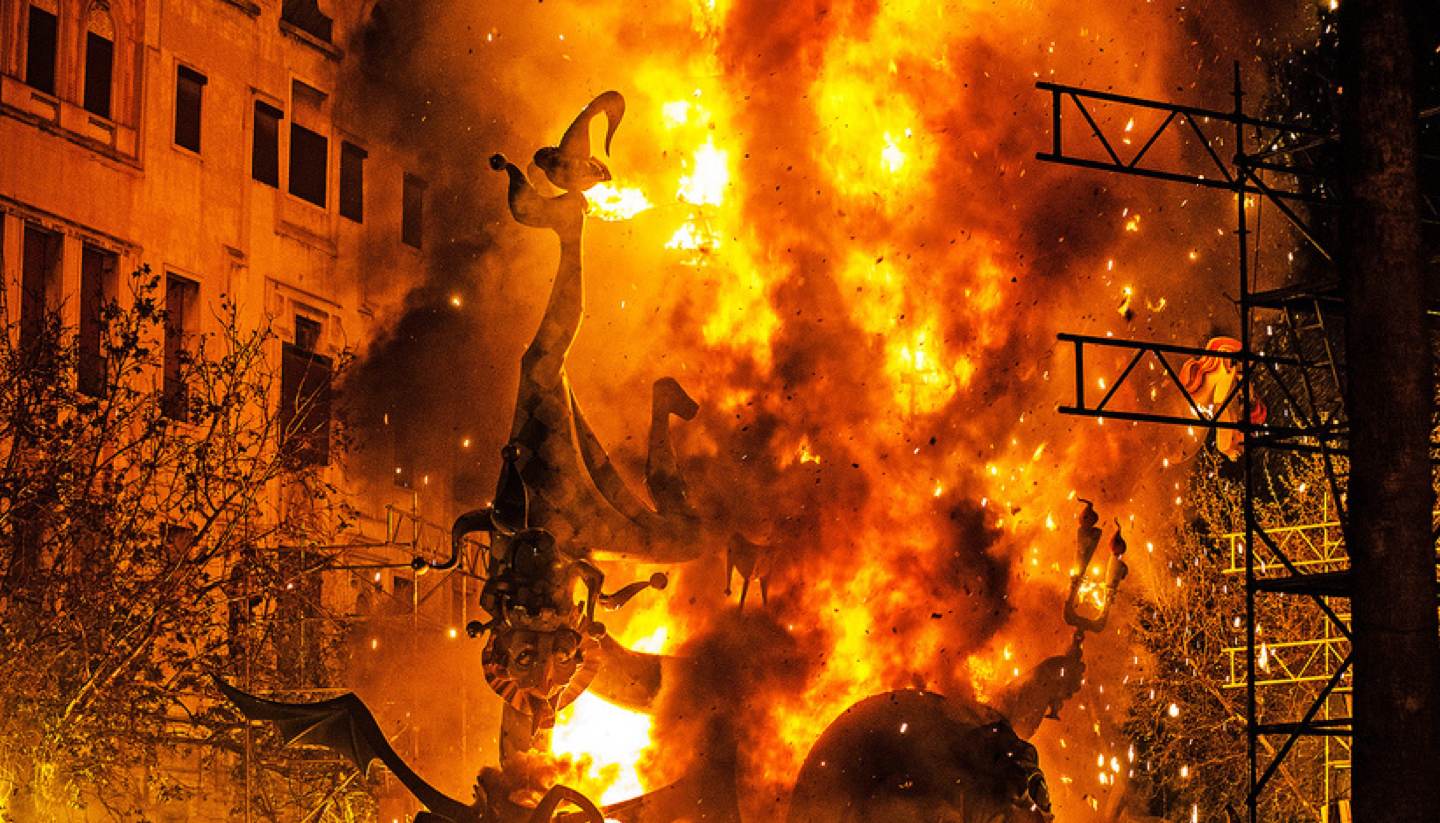 It’s March in Valencia and around 400 outdoor art installations (many of them absolutely colossal) are deliberately burned to the ground in this anarchic celebration of creativity, mortality and rebirth, known as Las Fallas.

Ordinarily, the destruction of art is associated with totalitarian regimes. Not so with Las Fallas. Ariadna González and Xavier Gurrea, just two of thousands of enthusiastic artists, say that it’s an honour to know that their creations will be publicly incinerated.

“We work all year round on these sculptures and on 19 March, everything burns;” says Ariadna. For her and Xavier and their art collective Cap de Suro, the whole process of creation and destruction is closely tied to the celebration of Spring from which the festival originates. 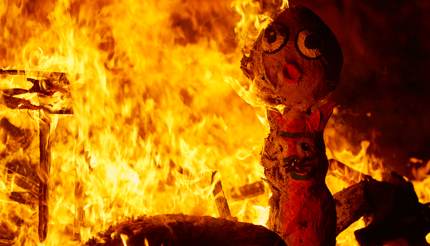 In the Middle Ages, carpenters and other craftsmen worked late into the night, illuminated by oil lamps they’d hang from a purpose-built wooden structure called a parot. As the nights grew lighter, the parot was no longer required so it was burned with other surplus wood.

Over time the parots were decorated with old clothes and eventually given the face of some local, often despised authority figure. Over the centuries, these effigies evolved into the extraordinarily elaborate, peculiarly cartoonish artworks scorched today.

However, there is more to Las Fallas than burning art. The constant ear-splitting noise for starters. It begins in earnest around 8am with la despertà, a coordinated wake-up call of people setting off petardos (firecrackers) in the streets outside their homes.

Teenage boys light the fuses of their petardos with their breakfast cigarettes, playing chicken, seeing who can hold on longest. Valencians are notorious throughout Spain for two things: nerves of steel and missing fingers.

Then there’s la mascletà, a daily firework display that takes place in bright afternoon sunlight, its impact aural rather than visual. 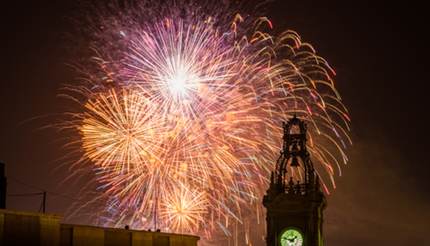 In the crush of the clamouring crowd, you just watch the sky. Eventually it begins. A loud crack of gunpowder and a puff of smoke. You feel it in your chest. Then another. Then, for the next 10 minutes, a brilliantly choreographed series of explosions that blow through like a great wind, culminating in what feels like a nuclear blast.

Then on 19 March, the night of the cremation, the mammoth-sized sculptures you’ve fallen in love with go up in flames. With the whole city on fire, it’s impossible not to feel a little sad, but not everyone is blue.

“When our sculptures are on fire, we feel good” explains Ariadna, “because we know our work is done, another year is over and we’re ready to start again.”

It’s the Catherine wheel of life, and it’s what Las Fallas is all about.

Getting there
British Airways, easyJet and Ryanair all serve Valencia Airport from London. From there, the city is reachable on the Metro in around 20 minutes.

Where to stay
Naturally the whole city is insanely busy (its population more than doubles at the height of the festival), so most accommodation gets booked up well in advance. Try and book the delightful Hospes Palau de la Mar Hotel (www.hospes.com), a former palace that’s retained its period charm following a 5-star boutique facelift.

More information
Although the city is alive with Fallas-related activity throughout March, the main festival takes place between 15 March, when most of the sculptures are put up, and 19 March, when they’re burned down. Head to fallasfromvalencia.com for more.