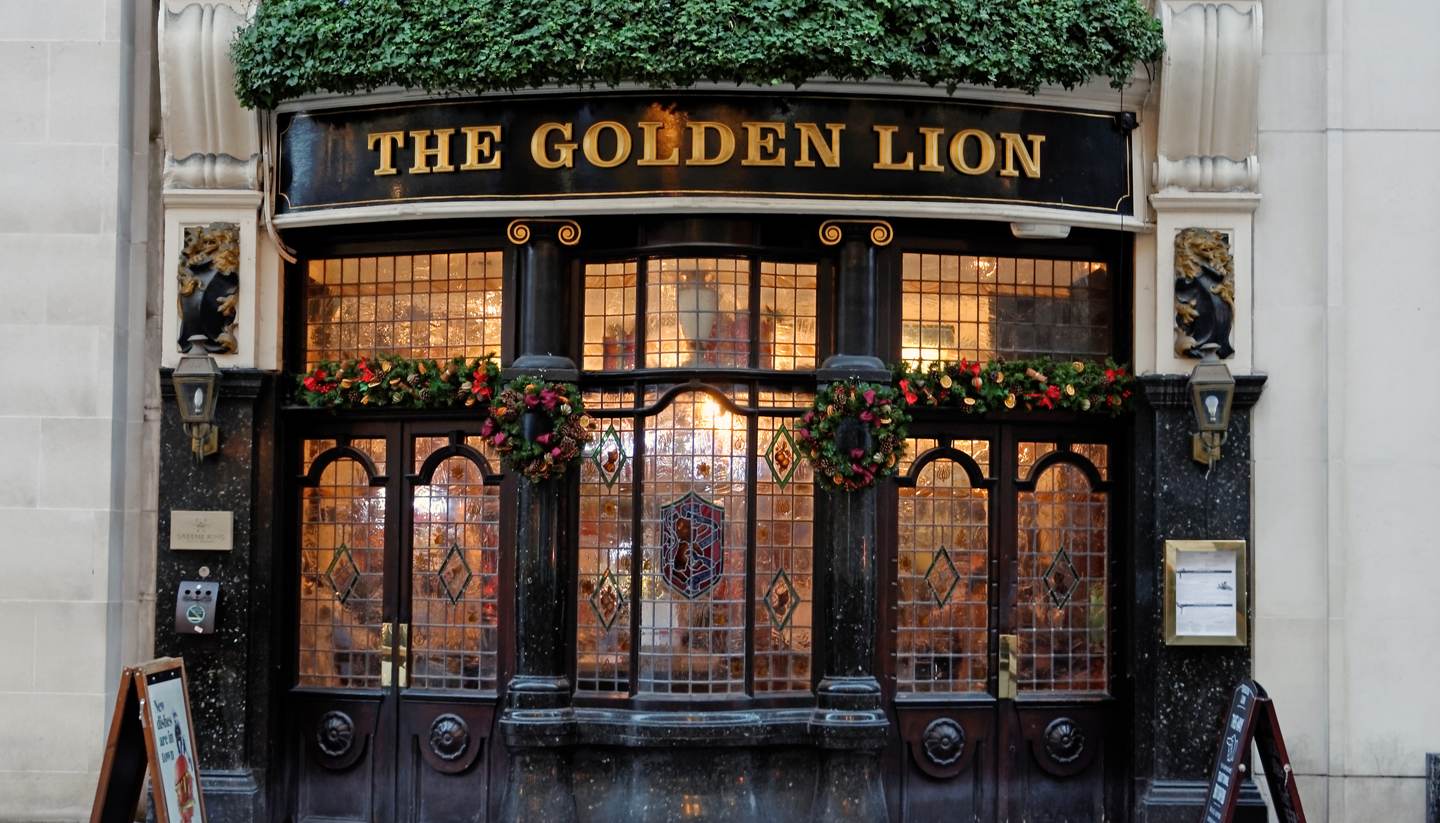 England's historic boozers are an increasingly rare sight, but if you know where to look there are still a few hanging around, despite the best efforts of many property developers

The pub holds a special place in England’s heart, the site of many a friendship forged over a cold beer. However, nowadays they are becoming increasingly rare, in part due to property developers cheerfully destroying them to make room for new blocks of flats.

However, thanks to Heritage England and some rather touching community efforts, several of these pieces of British history have been saved from the sledgehammer. Here are 12 of London’s best historic boozers that are still standing despite all the odds.

On Grove Road in Mile End, amidst construction workers and half-demolished buildings, The Palm Tree stands like a historical monument. Tucked away behind the mounds of Wennington Green since 1666, it’s just as charmingly old inside, with deep red lighting and the unique atmosphere that can only come from a genuine survivor.

Along the canal behind the pub stretches an unofficial beer garden, and the main building hosts regular live jazz nights that are surprisingly good.

Don’t let the gastropub tag put you off; The Royal Oak is a Grade II-listed, wood-panelled boozer built in the 1920s that’s kept its pre-war charm.

With parquet flooring and a Vitrolite ceiling, The Royal Oak boasts a horseshoe bar, some choice real ales and excellent views of the frenetic Sunday flower market, framed by the flowers themselves. The food, which is served upstairs, is fresh and fantastic to boot.

3) The Rose and Crown, Stoke Newington

Curving mischievously around Albion Road and Church Street, this local landmark is a head-turner with its giant bay window giving an unparalleled view out onto the busy street.

With the wooden panels, grey slate floor and Vitrolite ceiling all warmly lit by real log fire blazing in the corner, it’s a toasty and relaxed atmosphere all year round. They also do pub quiz nights on Tuesdays, although in true East-end fashion, it’s not an easy one.

Situated a stone’s throw away from Spitalfields Market, The Golden Heart was the drinking den of choice for Britart stars Tracey Emin and Sarah Lucas. To this day, it’s a boozer that’s all about the people, from chattering Shoreditch couples stood outside to art majors quietly slipping Queen into the jukebox, presided over by the famously divisive but venerated Landlady, Sandra.

When profit-hungry property developers wanted to gut this period pub and turn it into flats, the residents of Nunhead said otherwise. They campaigned for it to be declared an Asset of Community Value, and eventually they succeeded.

The same residents then bought the Grade II-listed boozer, making it the first community-owned pub in the UK. Joe Strummer, Jeff Beck and Ian Dury have all played on the time-worn wooden stage at The Ivy House, and the golden curtains have been in the background of Legend, a film about East end gangsters The Kray Twins. It also offers one of the best beer selections in Southeast London.

A Guardian report exposed the story of how this beautiful pub was almost destroyed by a property developer looking to make a quick profit. The landlord of the venerable Golden Lion was nearly a victim of the fate of so many other pubs of the era, but after a long legal battle, permission to develop it was denied.

The Victorian tavern may live on as a piece of Camden history but it’s a bittersweet victory for the landlord, who spent a small fortune fighting to keep his pub in one piece. Pull up a pew at the wooden bar, order a pint and toast his valiant efforts.

A real local’s local, The Stag’s Head in Hoxton is another of London’s great watering holes that has been listed by Historic England. Hidden in the middle of the New Era Estate, this wonderful wooden-panelled building hosts regular musical talents, squeezing 5-piece bands onto the tiny stage.

Renovations uncovered an unusual vinyl floor that serves as an excellent dance floor, as well as plenty of speakers for visiting DJs. But don’t be fooled by the modern bells and whistles – it’s still the place to go for a good gossip and a proper pint. And yes, there’s a stag’s head on the wall.

Something of a jack-of-all-trades, The Bedford has been everything from pub, to live music venue, to comedy central, and even at times a disco. Throughout all of it though it’s retained the classic East End charm that characterises so many of the pubs on this list.

Today the tavern still attracts a raucous, crowd, drawing in punters thanks to its strong pedigree. Comedy titans Stephen K Amos, Al Murray and Eddie Izzard have all graced the pub’s stage. and musicians such as Ed Sheeran started their careers under its famous roof.

The Fellowship Inn was revolutionary in its ambitions and design. It was the first London pub built on a housing estate and was tasked with the job of bringing together a divided community, which included a number of returning WWI veterans. With its snug bar curled round a Tudor-arched fireplace, public event space, and, rather controversial ‘children’s room’, the pub initially thrived until eventually falling into disrepute in the late 1990s.

Now generous funding from a Heritage Lottery Grant is seeing it return to its place as a community hub for the local area. The beating heart of the pub lives on in the 1960’s era décor, lovingly restored to its former glory.

10) The Duke of Edinburgh, Brixton

A little way from the trendy wine bars and organic coffee houses surrounding Brixton Market, The Duke of Edinburgh proudly retains its unassuming charm and historical pedigree, a recipe that sits well with the regulars that fill its gigantic beer garden, one of the largest in South London.

Grade II listed in 2015, it boasts an understated layout with rooms arranged around a continuous bar – a setup typical of the post-war ‘Improved Pubs’ that cropped up around London in the mid 1900s, courtesy of the Truman Brewery. Pull up a bench and enjoy a generous selection of real ales in the warm afternoon air.

The Cross Keys has been quenching the thirst of sociable southwest Londoners since 1708. With prestigious past patrons including Bob Marley and Dylan Thomas (proudly stated by a sign by the door), this long-standing boozer has amassed quite the fan base.

Although it retains its East End pedigree in the drinks, the food is exceptional and an interesting contrast to the surroundings. Hungry guests can feast on the likes of foie gras and oysters amongst bare brickwork and stripped floorboards, dining in style in Chelsea’s oldest pub.

12) The Army and Navy, Stoke Newington

While many classic London boozers like to present themselves as open to all, The Army and Navy is very much a local’s pub. Situated at a more acute angle than most, it’s an old friend to the local regulars that come for a quick pint under the Vitrolite ceiling.

This classic example of a 1930s Truman public house has retained its traditional dark-wood panelling and remains an unashamedly no-frills boozer. Head there for sports fixtures flashing from the big screens, mainstream tunes blaring every Saturday night and liberally flowing Guinness.