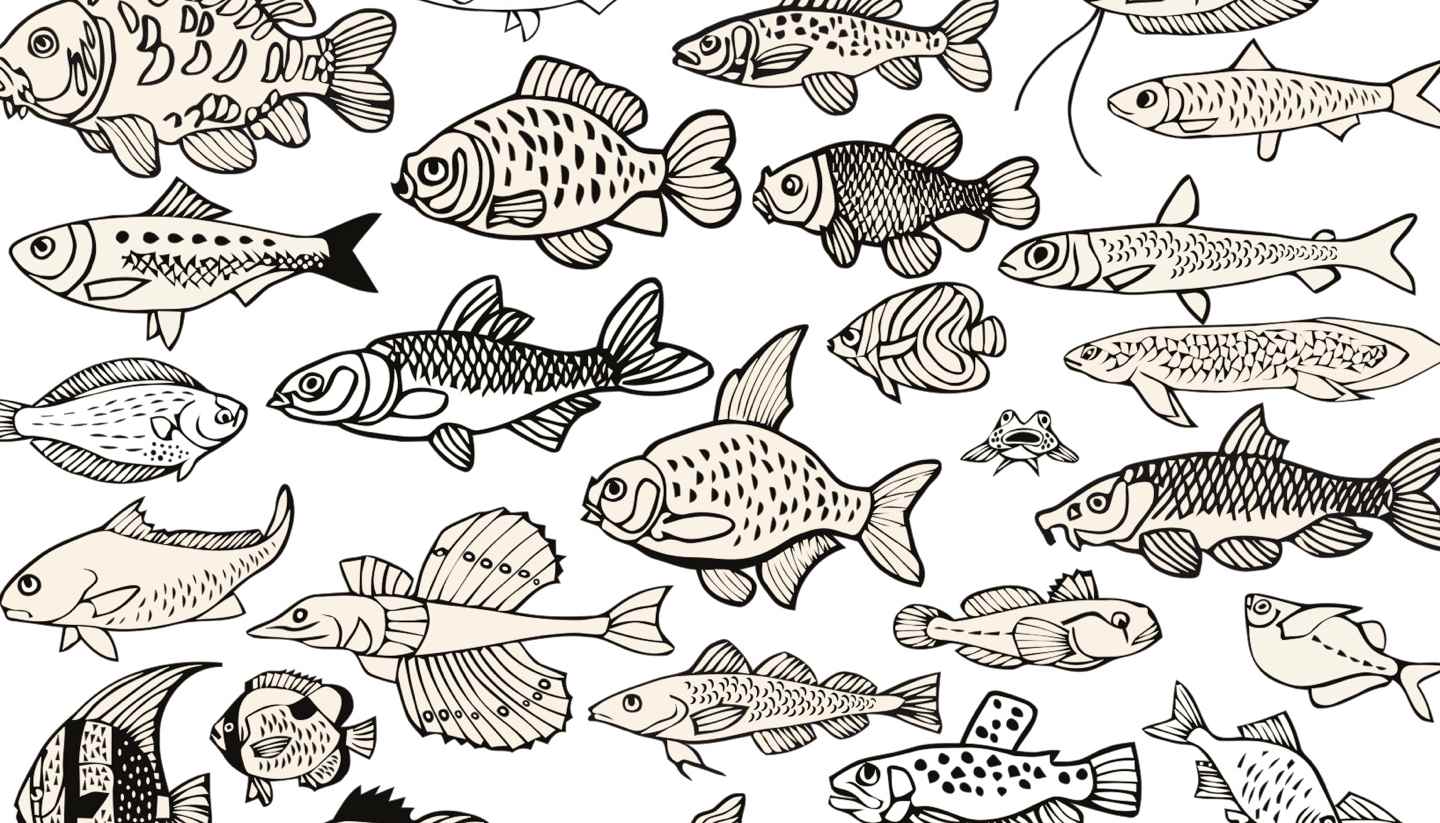 Once a year, fish reportedly fall from the sky in the town of Yoro, Honduras. Is it a palpable example of divine intervention or is something fishy going on? Jack Palfrey investigates.

I’m led into the centre of a vast clearing, where a weathered farmstead marks the only visual break from the endless carpet of dew-damp green grass.

“Is this the place?” I ask my guide, Professor Hector Rodas, looking up at the bruised sky.

His metal cane digs into the soft earth as he swivels to face me. He’s dressed in blue trousers and loafers, with greying hair precisely parted and a thick, neatly twiddled moustache. The glass in his spectacles is so thick it magnifies his soft, wrinkle-cracked eyes, giving him an insect-like quality.

Professor Rodas recently turned 80, having taught history in Yoro’s secondary school for over 40 years. He is a self-proclaimed authority on the Lluvia de Peces (Rain of Fish).

The Lluvia de Peces is a seemingly unfathomable phenomenon where live fish fall from the sky in the small market town of Yoro, Honduras. It happens every year at the beginning of the monsoon season.

According to locals, the annual event is a divine miracle, stemming from a Spanish priest, Father José Manuel Subirana, who arrived in Yoro in the mid-19th century.

Helpless to combat the poverty in the town, the priest prayed for three days and three nights asking God to provide food for the starving people. On the third night, fish miraculously fell from the sky and has done so every year between May and July.

I crane my neck back and look towards the grumbling sky. It is inflicted with thick dark clouds.

“When will it come?” I ask the Professor.

“The sky will go black to let the people know it is coming,” he says through his translator.

“Have you seen the fish fall?” I ask, surveying the empty green vista.

“Nobody goes out there [to see the fish] because the lightening is so dangerous, it kills people.”

The professor retracts his cane and slides it sharply back into the earth.

“We go out when the fishes are on the floor,” relays the translator. “Children bring buckets to collect all the fish.”

The professor tells me he wishes to show me the town’s church, Santiago de Yoro, where Father José Manuel Subirana is buried.

As we retrace our footsteps through the clearing, I ask if anyone has ever seen the fish physically fall?

“A team from National Geographic came to Yoro to see the rain,” he says.

“And did they document it?” I enquire.

Returning to London, the Yoro fish phenomenon continued to swim through my subconscious.

The account of a National Geographic team documenting the marvel is not only spoken about by the locals, but is widely circulated online (including here, here and here). It is the primary source that proves the fish rain is genuine.

Keen to hear from someone who has witnessed the rain first hand, I contact National Geographic to see if they can put me in touch with a member of the original team.

After a few days I receive a response from a staff member named Eric, who tells me that he’s searched through the company’s virtual library that indexes National Geographic Magazines, as well as the Exploration Portal that contains records of all the grants that have been approved over the years, and there is no mention of Yoro or the Lluvia de Peces.

Thinking that perhaps the name had been misconstrued, I contact the Royal Geographical Society. They confirm that they’ve never commissioned a team to research the rain either.

Ultimately, the existence of the team (potentially the sole, independent source regarding the Lluvia de Peces) is ambiguous at best.

Similar bizarre animal weather hoaxes have appeared online, including an infamous video of a Thai street flooded in flailing catfish that gained popularity in 2015.

The video claimed to show the aftermath of a freak storm in Thailand, but was eventually revealed to be the result of a cargo door malfunction on a truck transporting catfish in Guizhou province, China.

This ambiguity calls into question whether a ‘fish rain’ could even exist.

To try and establish the science behind the event, I turn to Professor Mark Saunders from the Department of Space and Climate Physics at University College London.

Based on the solid information provided, Mark believes that the Yoro fish rain is a purely atmospheric phenomenon.

“It is physically possible for small creatures, such as small fish, to be picked up by the strong updrafts present in tornadoes and strong thunderstorms as they pass over a body of water, and be transported up into the atmosphere, where they can become frozen, before being ‘rained out’ at another location,” says Mark.

However, Mark admits Yoro’s distance from the nearest ocean, the Atlantic (roughly 70km (43 miles) away), does dent the plausibility of this theory.

“This may point to a more local source rather than to one in the Caribbean Sea or even the Pacific Ocean,” Mark adds. “It should be possible for a fish expert to identify the type of fish and thus trace them to a potential source.”

Determined to continue digging, I send one of the more authentic appearing images, reportedly showing the fish found after the rains, to a dozen ichthyologists with knowledge of fish species in Central America.

Based on the image, almost all agree the small fish are from the Characid family, and likely of the Astyanax genus. A freshwater species of fish commonly found in rivers throughout Central America.

The images also appear to show a number of different fish species, including a catfish likely from the genus Rhamdia – another freshwater fish.

Many of the experts also offer their own take on the cause of the phenomenon, which they unanimously agree to be a result of flash flooding.

“The ‘phenomenon’ is best explained as riverine fishes becoming concentrated as result of flash flood associated with the heavy rains,” says Scott A. Schaefer, Dean of Science at the American Museum of Natural History.

“As no one has ever witnessed fish actually falling from sky, it’s likely they wash into town via culverts and gullies and such, and become stranded.”

Other biologists I contact concur that such flooding is a more plausible explanation for the fish getting stranded en masse, and would also be much more likely to occur on an annual basis.

Faced with such sound expert backing, it is difficult to dismiss such candid reasoning in favour of a romantic notion of fish raining from the sky.

But this is unlikely to sway the people of Yoro, who address the Lluvia de Peces with unwavering conviction. Nobody in the town doubts the existence of the rain: it is real and it is a miracle.

After a brief tour of Yoro’s underwhelming market place and peach-coloured church, I’m ushered by Professor Rodas to a small buffet-style eatery.

We sit near the door on the only free table and the Professor orders us all baleadas (tortillas filled with beans and meat). He turns to his translator and speaks softly.

“The owner here has eaten the fish,” he says. “Would you like to talk to her?”

The owner, a short middle-aged woman, brings over our orders: tortillas streaked in cheese and oozing with chicken and colourful sauces. The Professor whittles away to her in Spanish before gesturing for me to ask my questions.

“Have you eaten the rain fish?” I ask.

The woman nods shyly when the translator relays the question.

“What did it taste like?” I say, expecting a hyperbolic description of some divine, ethereal taste.

She stands silently for a second, and her face skews into a look of perplexity.

“It tasted like fish,” she replies, and heads off to fetch our drinks.

Perhaps sometimes fallacy is more palatable than the truth.

Getting there
United Airlines fly to San Pedro Sula (via Houston, Texas) from destinations throughout Europe including London. From San Pedro, Yoro is a winding four-hour bus ride away. The town is also accessible from the country’s capital Tegucigalpa, with a similar travel time.

Buses range from slow and cramped public affairs, to more luxurious air-conditioned minibuses. Transport can be chartered from the main bus depots in both San Pedro and Tegucigalpa. Private car hire is also an option.

Where to stay
Accommodation options are limited in the small town of Yoro. Hotel Marquez (tel: +504 2671 2815) is located in the centre of town. It has an attached restaurant and Wi-Fi access. The town hosts a popular local festival in July and therefore, if visiting during this period, it is advised to book accommodation in advance.

More information
The rains occur at the beginning of the monsoon season, usually May to July. If visiting during this period, be wary of the adverse weather and potential for flooding. For more, contact the Honduran tourist board: honduras.travel/en