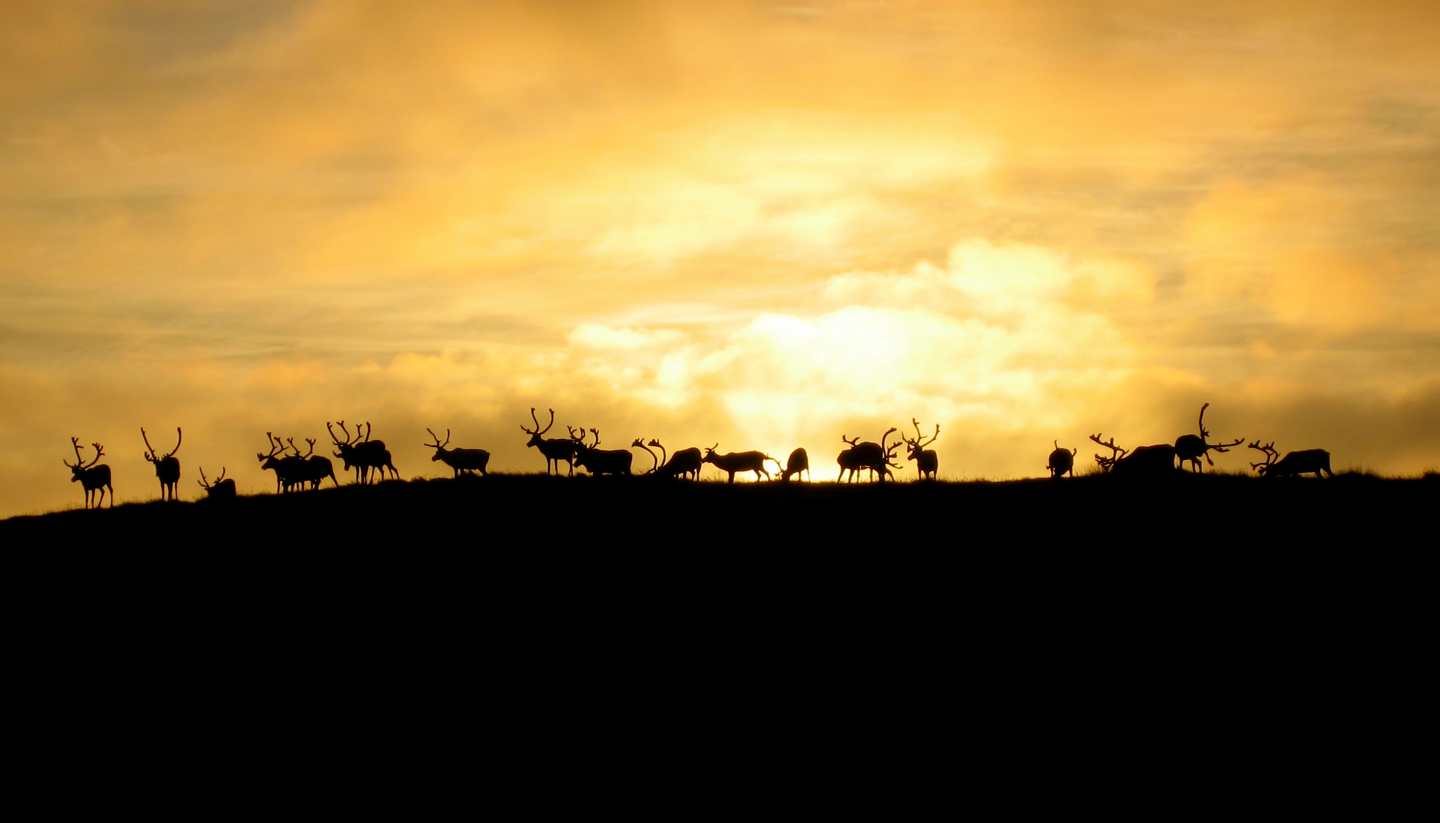 Chris Allsop makes his way to snow-blanketed northern Norway to see how the Sami people are using tourism to maintain their ancient way of life.

Around the hut’s open fire, the tourists sit hushed. Nils Aslak Oskal, a sturdy Sami reindeer herder, is illustrating how one of Europe’s only indigenous people have survived within the Arctic Circle for thousands of years.

“You kill the reindeer,” he says, as if it’s a cooking show, “then you put a knife into the heart. Then you remove the heart. Let it bleed inside. Wait five minutes.

"Open the chest. Whisk it so it does not become hard. Use the stomach like a bag for the blood. And then you can boil the blood, and that’s a lot of food. You can work all day.”

I’ve just been outside in the Oskal family paddock, feeding lichen to the scampering juvenile reindeer, digging my fingers into the dense fur on their flanks, rubbing their soft noses. Now I’m eating their blood.

But that’s the point of this excursion beyond Narvik in snow-dunked northern Norway, about an hour’s drive from ‘capital of the Arctic’ Tromsø. I’m here to learn about the Sami – with some snowmobiling thrown in for kicks.

A reindeer skin boot appears in Nils’ broad hands and he demonstrates how the curled toe, beloved of elves, fits neatly into the strap on a Sami ski.

Cultural tourism is a great boon for Sami such as Nils who is among the 3-4% of the 50,000-strong Sami population in Norway who carry on the traditional reindeer herding lifestyle.

It remains a hard path, despite advances such as snowmobiles and GPS that can track free-roaming herds.

Besides the reindeer’s many predators (the deceptively cute lynx is Nils’ chief concern, while eagles pick off his calves in the springtime), Sami also work a second job to make ends meet, which can mean lengthy – though extremely scenic – fjord-side commutes.

Coupled with centuries of repression, many have given up on the old ways. But not Nils, who cut his first mark into a reindeer’s ear aged two, and began herding at six. Tourism allows him to work his second job and maintain his reindeer simultaneously.

"Do the Sami find tourism intrusive?" I ask, between sips of coffee with whitener (milk has a tendency to freeze at these latitudes).

“No,” he says emphatically. “It is good to show about our culture, how it exists today, and how important the nature is to us.”

That Sami culture continues to exist at all is remarkable. As recent as the mid-20th century, the Sami endured enforced Norwegianisation that saw their children sent away to southern boarding schools.

Today they have the right to learn their own language in school, enjoy self-administration in the county of Finnmark, and have a parliament which you can visit in the Sami capital of Karasjok.

While conflicts between commercial interests and the Sami persist (the Swedish Sami are currently fighting a proposed mine in Kallak), there is a burgeoning national pride in the Sami way of life.

Nils reports a surge of tourist interest that began last year, and there’s a government-funded organisation in place to assist Sami setting up for tourism.

“It’s cool to be Sami,” says blue-eyed, blonde-haired Gøril, a Norwegian who proudly cites her own Sami family connection. Even Disney has cottoned on in Frozen (although, I’m informed, Kristoff isn’t a particularly Sami name).

Leaving Nils, I travel away from Tromsø’s mint-streaked waters, past frozen fjords spotted with ice fishermen, and arrive at the more southerly ski hub of Narvik.

Night falls, and in the silver birch forest behind a silent suburb of sizeable wooden homes, I rendezvous with my new hosts – Lars and Per-Mikael.

Comfortable in a sleigh hooked up to a snowmobile, I’m whisked up the mountainside. We enter a bowl-like, snow-smothered valley where the triangular silhouette of the Njalasouka family lavvu (a tipi-like tent) glows a welcoming orange. A needy Norwegian lapdog with remarkably soft fur, like a Versace sheepdog, dances between the new arrivals.

The Njalasouka have only been offering cultural expeditions since October of last year. Inside the lavvu, I’m handed a hot chocolate and there’s touching concern about whether the smoke from the fire is bothering us (it isn’t).

The brothers are genuine and funny, their sibling bonhomie infectious. They open up about their lives and heritage while we eat bowls of warming bidos – a peppery, salty reindeer stew served with láibi, a sweetish flatbread. The brothers laugh about their mother serving bidos with her head-torch bright in guests’ faces.

Lars, the elder, hopes to quit his job as a car salesman to pursue tourism alongside his reindeer herding, like Nils does. There’s also an 18-month-old baby that he’s already grooming to take over.

“And a dog,” jokes Per-Mikael.

“I also have a cat,” Lars replies.

After dinner, we move outside to lasso reindeer antlers. To improve my hit rate, I try to generate a lust for reindeer blood, but the bidos has been too satisfying.

Eventually, we pile into the sleighs for the return journey. Lars drives, occasionally glancing back to check we’re okay. The snow slants into my eyes. His poncho flaps and, for a moment, it is the flank of a running reindeer.

Getting there
Norwegian (www.norwegian.com) flies to Narvik via Oslo. There are also direct flights from London Gatwick to Tromsø during the winter season. Prices start from £44.90, one way.

Arctic Guide Service (www.arcticguideservice.no) runs introductions to Sami culture between November and March, with return transport supplied between the Oskal’s farm and Tromsø.

The Sami Dinner Excursion is one of a number of programmes offered by the Njalasouka family in the mountains near Narvik (njalasoukaadventures.no).

Where to stay
The Scandic Hotel (www.scandichotels.com) offers funky design twists and sky-rise views in the heart of Narvik.