Should ‘we’ visit indigenous communities? 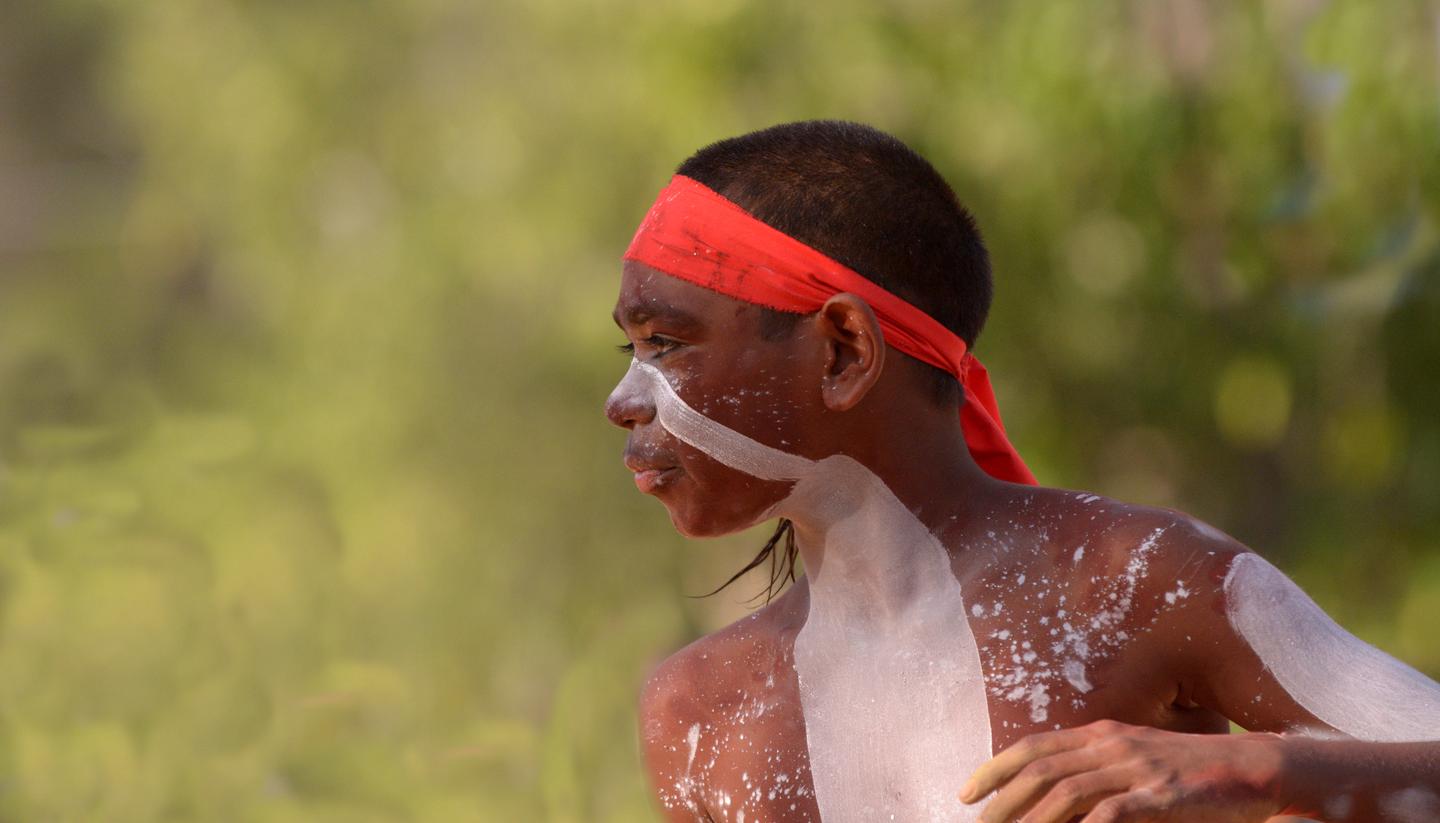 Visiting an indigenous community can offer great insight into local customs and cultures, but who is benefiting? World Travel Guide investigates

In November 2018, when John Allen Chau, a 26-year-old American missionary, set out to make contact with the Sentinelese, an isolated tribe living on North Sentinel Island, it is hard to envision what must have been going through his head. However, what we do know is that this trip was not an impulsive decision and ultimately resulted in his death.

Chau first read about the Sentinelese in high school and immediately became obsessed with the idea of reaching out to the tribe and converting them to his Christian faith. To prepare for his mission, he took up cultural anthropology, linguistics and even studied emergency medicine. On the face of it all, it seemed as though he was prepared for his initial encounter with the tribe. Nevertheless, his obsession prevented him from realising the potential risks, and his story can teach us a valuable lesson with regard to visiting indigenous communities as a Westerner. 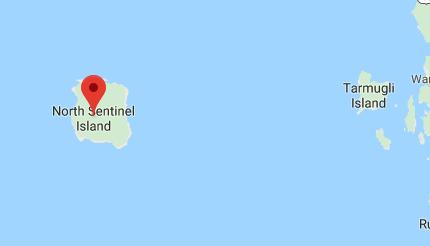 As someone who evidently went through great lengths to prepare for his encounter, Chau did not take into account the legal ramifications of his actions. In other words, he failed to consider the consequences of his actions, not just on himself, but on a tribe who would have absolutely no reference points for the laws of the complex world we know.

Chau also failed to consider the danger of meeting with the indigenous people with regard to their health. His encounter with the tribe could expose these people to germs and infections, which their bodies are not equipped to defend against. In fact, statistics show that when we contacted isolated tribes, two-third of the population died after two years. 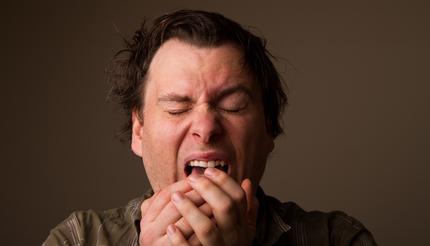 Viruses are spread when we cough and sneeze, which can cause illnesses that indigenous tribes may be unable to defend against

Chau was not the first person attempting to make contact with the Sentinelese. In 1880, an armed force composed of British soldiers arrived on the island, forcing the tribe to retreat into hiding. After several days, the force managed to capture six people from the tribe, four of whom were children, and took them to Port Blair, the capital of Andaman and Nicobar Islands. The two adults died shortly after arriving in Port Blair and the children quickly became sick. The British then decided to send the sick children back to the Sentinelese community, alongside ample gifts by way of an apology. It was not known if the children did recover and to what extent the reckless actions caused harm to the Sentinelese.

Over the years, there have been various reports of people being injured or even killed at the hands of the Sentinelese. In 1974, for example, a crewmember filming the same tribe for a National Geographic documentary was shot in the leg with an arrow, and in 2006, the tribe killed two Indian men who were illegally fishing around the island. The bodies of these fishermen were allegedly put on bamboo stakes and placed in full view of passing boats. This lesson appeared to suggest that if people disturbed their lands, the intruders would face injury or death.

After multiple attempts to engage with the tribe, John Allen Chau was believed to have been killed with arrows upon reaching the island. His death is undoubtingly tragic; however, the wider tragedy is our belief that anything that does not meet the standards of so-called ‘Western culture’ is seen as belonging to some sort of ‘other’. It is this attitude that powers many unethical indigenous tours we see today. 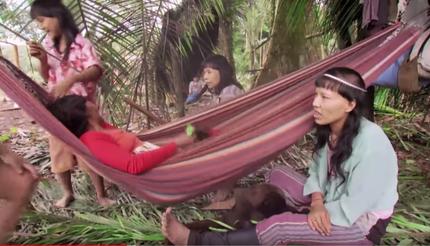 There certainly are lessons that can be learned from the death of John Allen Chau, and some of these lessons cause us to think about our relationship with tourism. With regard to Chau, in particular, his entire mission was ‘fuelled’ by his desire to visit the Sentinelese community and see a whole new way of life. This is something that most travellers have urges to do too. It is called ‘indigenous tourism’, which the University of Northern British Columbia has a course on. This course defines indigenous tourism as “a tourism activity in which indigenous people are directly involved either through control and/or by having their culture serve as the essence of the attraction.”

Although indigenous tourism can bring financial benefits to native people, it can also pose an ethical quandary. Is this a form of ‘exoticism’? In other words, does this subject the ‘uncivilised’ indigenous communities to be gazed upon by privileged eyes for the sake of intrigue? What impact does this form of tourism have on indigenous populations who are trying to preserve the traditions and lifestyles of their people? 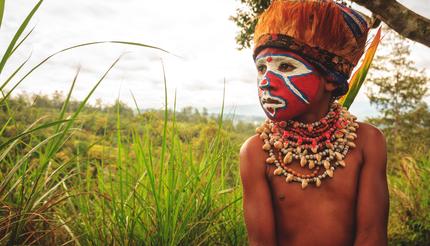 Should we visit indigenous communities?

Indeed, some critics have labelled visits to tribal villages by tour operators as ‘human zoos’ or ‘human safaris’. The subjects, much like captive animals, are ‘trapped’ in their villages or settlements, to be observed by those who are passing by and looking to catch a glimpse of the native population in its ‘natural habit’.

In fact, these ‘human safaris’ are happening among the Sentinelese tribe’s neighbours, the Jarawas, on the Andaman Islands. Despite orders from India’s Supreme Court to close the road that goes through the reserve of the Jarawas in 2002, the road continues to be used for ‘human safari’ tours to see this secluded tribe. As a result of these tours, drugs, alcohol and measles have been introduced into the community, and some Jarawa women have become victims of sexual abuse and harassment.

If Chau were to have succeeded in his divine mission, then we would have to ask ourselves the question: What exactly would the Sentinelese people have gained? The waterways would have likely become crammed with tour boats, led by operators offering their guests a chance to spot a now weapon-less, friendly, God-fearing ‘civilised’ member of the famed Sentinelese tribe. As it stands, the fate of the Jarawas is a fate that may well have befallen the Sentinelese if successful contact had been established.

What do they gain?

It is said that indigenous tourism can threaten the traditions and lifestyles of indigenous communities. The native populations, as part of the tours, are encouraged to play roles for their voyeuristic guests, instead of living their lives as they normally would, in order to gain money from tourists. Consequently, the traditional ways of life have become lost in a sense. This has happened to the Padaung tribe that live in north-eastern Myanmar and northern Thailand. As these long-necked, brass ring wearing women and children pose for photographs and sell wares; the men in some of the villages are abandoning the traditional methods that they formerly used to make money. Other villages where the Padaung tribe live are said to be nothing more than facades run by businessmen who exploit the intrigue surrounding the women and children. 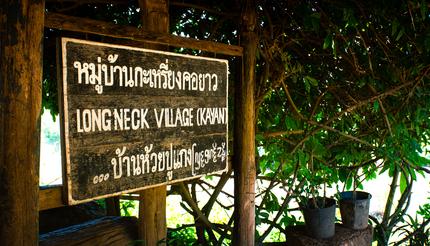 A kayan (longneck) village in Thailand

With all that said, a question arises: Does this mean that people should not visit or even travel to indigenous communities at all? We would like to think that the answer is no.

The possibilities for enrichment and connection with people who have different experiences to us can only help make our world stronger and more connected.

In Australia, among other countries, there are tour companies that are owned and operated by members of indigenous communities themselves, such as Wuddi Cultural Tours based in the Northern Territory, and Bookabee based in the south. The aim of these companies is to give participants insight into Aboriginal Australian culture and history by touring local areas, telling stories and viewing significant indigenous artefacts. Bookabee, in particular, offers a programme called ‘Cultural Awareness Training’, which encourages participants to challenge their personal beliefs in order to promote a better understanding of Aboriginal Australian culture. In other words, the tour urges participants to have a different perspective of Australia by examining the nation before its colonisation. 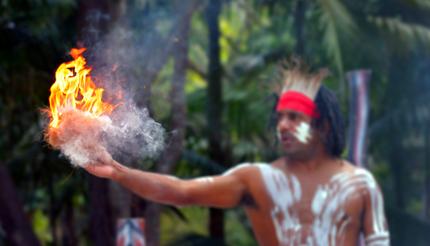 Malaysia is another country that sets a good example – the government has plans to empower the Orang Asli (the native people) in developing and growing sustainable eco and agro-tourism businesses that showcase how they live sufficiently on their ancestral lands which are threatened by deforestation. 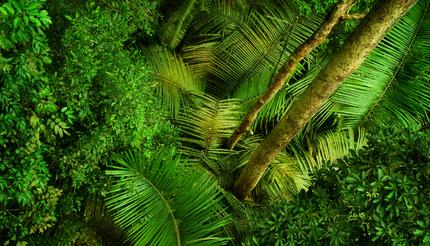 On the other side of the globe, the town of Guaitil in Costa Rica is famous for its pottery. To help keep the tradition alive, the government provides the locals with photographs of the original artefacts from the national archives, allowing them to re-create pottery in the distinct pre-Columbian Chorotega style. Sales of the pottery are now a major source of income supporting the whole community, not to mention it also helps to enrich the indigenous legacy.

The tour companies operated by indigenous communities sometimes receive criticism because indigenous guides will often feel pressured to perform stereotypes within this role. Despite this criticism, this kind of tour company is still preferable due to the tour guide actually being supportive and understanding of their indigenous community’s history and culture.

What should you do?

We believe that people should always be conscientious of their presence in indigenous communities and the influences that their presence brings. The best approach is to educate yourself on the places that you are visiting and ask questions concerning the tour operators, such as: 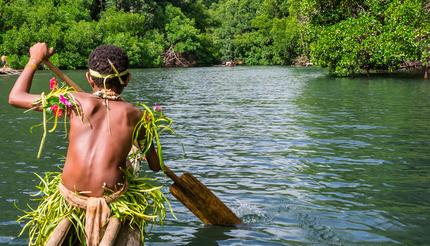 If something does not feel right about the trip, or you suspect that people are being exploited, do not be afraid to leave the tour if you can. You should also report the incident or tour company to the tourism authority of the destination.

Last but not least, if you are unsure if you witnessed unethical tourism practices, consult the guidelines offered in the Global Code of Ethics for Tourism (GCET) by the UN World Tourism Organization (UNWTO) for further clarity.