Taking a walk on the wild side in Zambia 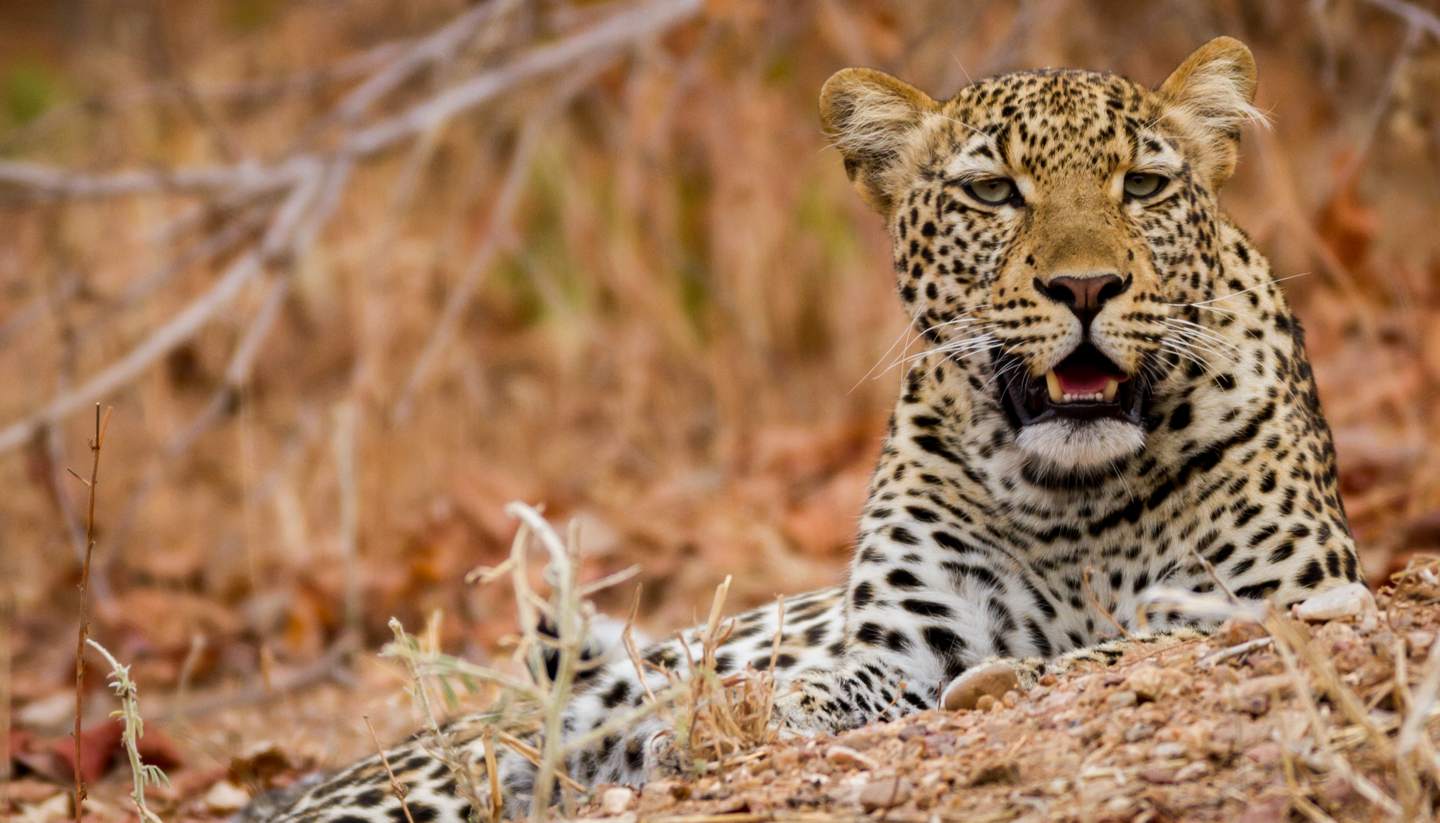 With its bountiful wildlife, new lodges and crowd-free parks, Zambia is one of the world's hottest safari destinations, says Lauren Jarvis.

“There!” whispers our scout, Isaiah, pointing to a low-lying mopane tree. The dry heat prickles our skin, while a soft breeze plays through the branches, dappling shadows across the swaying grass below. Our untrained eyes struggle but finally we find her, just metres away. A leopard: one of the rarest and most beautiful creatures on Earth. Cameras come to life and she strikes a pose, staring straight into the lens. Click. Then she gazes up to the skies with disarming eyes. Click. Click. Click.

Money shots dutifully bagged, this is the moment where other guiding teams, in other parks, in other parts of Africa, may be tempted to breathe a sigh of relief at delivering one of the ‘big five’, and move off to seek the next number on the list.

But we wait. And look. And look again. For us, the show isn’t over. Isaiah points to a nearby tree, where the leopard has dragged her kill. Draped over a branch like a distasteful trophy hunter’s rug, is a splayed impala, its elegant neck lolling lifelessly.

Our eyes aren’t the only ones trained on the prey. Crouched in the grass, a large male leopard is preparing to steal the impala. He eyes us cautiously, as we eye him, until a sudden commotion from above draws all eyes towards the tree. Unseen by all, the leopardess has scaled the trunk, and begun devouring the impala as if this meal would be her last. The male leopard slinks away and we make our own retreat, leaving the female feline to her feast.

Intense concentrations of game, including large numbers of hippos and crocodiles, are drawn to the winding Luangwa River and its oxbow lagoons, which retain precious water during the country’s challenging dry season.

Home to over 60 species of mammals and 400 species of birds, the 9,050-sq-km (3,500-sq-mile) park has several prides of lions and one of the highest leopard populations in Africa, securing its place among the world’s greatest wildlife sanctuaries.

It was here in 1950 that young game ranger Norman Carr opened Zambia’s first bush camp, Nsefu. Comprising six simple mud huts, the camp offered small groups of guests the chance to explore South Luangwa on foot, shooting animals with cameras, rather than guns, which had previously been the accepted idea of a ‘safari’.

An early pioneer of responsible tourism, Norman believed the best way to protect the region’s wildlife was to engage local communities. Forming partnerships with Luangwa’s tribespeople, he encouraged them to dedicate some of their land for conservation, promising they would reap the rewards.

Norman is no longer with us, but his legacy continues through Norman Carr Safaris, which runs walking and jeep safaris from six exclusive camps and lodges in the South Luangwa region, including Kapani Lodge, Luwi, Nsolo, Kakuli and Mchenja bush camps and their latest edition, the wildly luxurious Chinzombo, which opened in June 2013.

True to Norman’s word, the company has been supporting community education and health projects for over 60 years, as well as training and employing local guides.

Hovering along the bank of the Luangwa River, Chinzombo’s new villas place guests in the heart of the action, while offering a cool, secluded haven from the intensity of the African bush.

Designed by the celebrated South African architects Silvio Rech and Lesley Carstens, the lodge scooped Best New Safari Camp in the 2014 Safari Awards, where it was praised for delivering high levels of quality and personal service, while maintaining a harmonious balance with its natural environment.

Such is the proximity of wildlife that guests can observe baboons, mongoose and elephants without leaving the bathtub, bed or their own private pools. The communal areas are equally opulent and just as bountiful when it comes to wildlife. Bringing a dash of urban-chic to the bush, the open-air dining room, bar and lounge is the perfect location for a sunrise breakfast or an after-dinner cocktails. It also has an excellent view of the river, where giraffes come to whet their whistles.

But it’s the quality of guiding that will be the difference between a good safari and a great one, and Norman Carr’s all-Zambian, award-winning team is one of Africa’s best. Some, like Abraham Banda, were spotted by Norman as children at the local school, taken under his wing and trained to become world-class guides and walking encyclopedias of the bush.

“It was an honour to work with Norman and for him to see potential in me,” Abraham tells us over tea and biscuits on a dawn game drive. “When we started off, luxury meant a bed, a mosquito net and beans on toast. Chinzombo is a very different experience, but the original spirit of what Norman wanted to achieve is still very much there.”

It’s in this spirit that we leave the safety of the jeep and follow Abraham and a scout to track lions on foot through the bush in the crisp morning air. Prints on the ground show hyena, wild dogs and lions passed close to the camp in the night, and expectations are high as we walk silently through sun-scorched elephant grass, scattering flocks of emerald love birds into the sky.

We pass elephants, buffaloes and herds of game, but today the lions elude us. Instead, we stare into the eyes of a leopard, and realise that in Zambia, it’s always best to expect the unexpected.

Getting there
Cox & Kings (www.coxandkings.co.uk) offer trips to Zambia. For more details, check out their website.

When to go
September and October are the best months for game viewing, as animals are concentrated around limited water sources. It is very hot, though. For a cooler experience visit between June and August, but avoid rainy season (November to April) when many of South Luangwa’s bush camps close.

What to do
• Many visitors combine a safari in the national parks with a trip to Livingstone to explore the Zambezi River, which forms the border between Zambia and Zimbabwe. Don’t miss the iconic Victoria Falls, where more than 500 million cubic metres of water plunge into a gorge 100m (328ft) below.

• Located in the grounds of the beautiful Lilayi Lodge (www.lilayi.com) near Lusaka, the Li-layi Elephant Nursery cares for orphaned elephants, preparing them to return to the wild in Kafue National Park. The nursery is supported by the David Sheldrick Wildlife Trust (www.sheldrickwildlifetrust.org) and guests can watch the calves during feeding from 11.30am to 1pm every day.

• Visitors can enjoy an interesting few hours exploring the booming capital of Lusaka with its many markets and malls. Nearby, the Munda Wanga Environmental Park (www.mundawanga.com) has a wildlife rehabilitation centre for native species and a botanical garden.

Further information
To find out more about the work of the Luangwa Conservation Society and how you can help protect endangered species, visit www.slcszambia.org. For more information on Zambia, visit www.zambiatourism.com.