The 10 Best Brunches in London and beyond 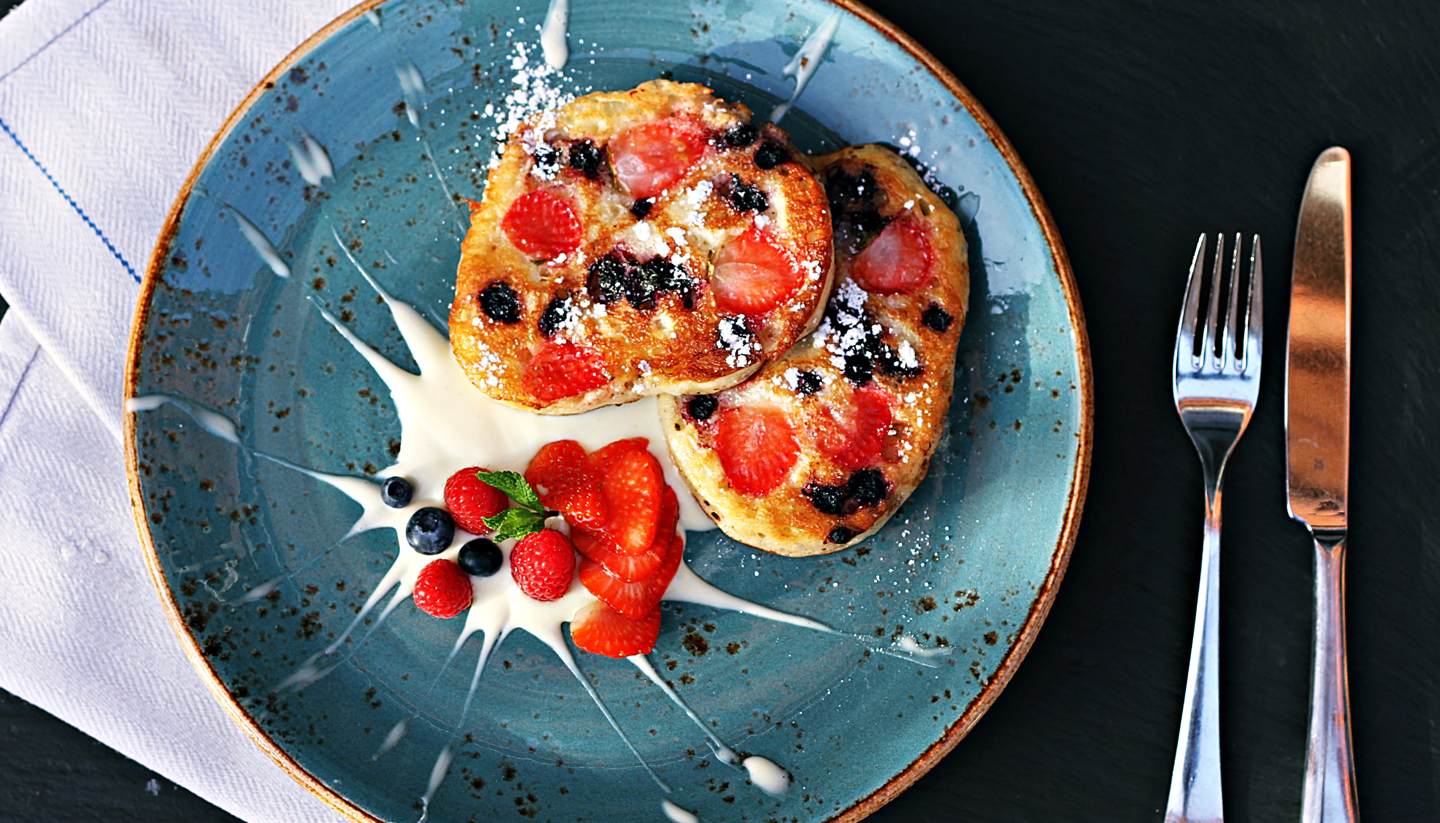 Brunch has exploded in popularity recently, so we’ve rounded up the best places to check out in London, Berlin, Paris, New York and Los Angeles

What’s not to love about brunch? There’s the leisurely mid-morning start; the menu always has sweet and savoury options, often in one dish; and it makes alcohol before lunchtime perfectly acceptable. Brunch has become such a phenomenon that a lot of restaurants are now offering it, but some manage to elevate the experience into a something truly memorable. Here’s our round up of the best.

Hidden beneath the hip all-day café The Breakfast Club in Canary Wharf is Dr Kluger’s Old Town Tavern, the chosen venue for this all-singing, all-dancing brunch like no other. It starts with two hours’ bottomless boozing (as much Prosecco, Bucks Fizz or draft beer as you can drink), a breakfast buffet served at your table and lip-synching performances by some of the finest drag stars on the London scene. If you fancy performing too, there’s a spin-off game, Strictly Come Drag Queen. Shows take place every second Saturday of the month. 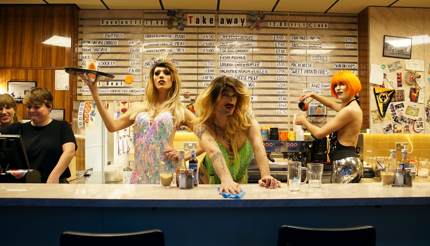 Dishoom recreates the interiors of Iranian cafés found in Bombay in the 1960s, with low ceiling fans, dim lighting, dark wood and sepia photographs on the walls. The uniformity of décor across all five branches (four in London, one in Edinburgh) means it’s unlikely to be completely authentic, but when both the interiors and food are done this well, who really cares? The dependably good and well-priced food menu, along with a no-reservations policy, ensures that most nights you’ll have to queue for a table – so go for brunch instead. The British-Indian fusion menu includes the bacon and egg naan rolls using Ginger Pig pork and Burford Brown eggs, a Bombay Omelette with chillies and coriander and masala baked beans. Add a lassi, Bloody Mary or bottomless chai and you’re all set. 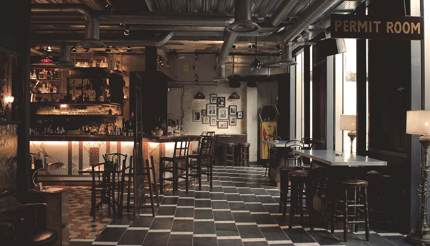 The late, great journalist A.A. Gill loved the Wolseley so much that wrote a book about it, although his Breakfast at the Wolseley is actually a recipe book with a meditative opening essay. Although it only opened in 2003, this all-day restaurant in the style of traditional European grand cafes – part Parisian brasserie, part Viennese café – quickly became in institution in London, with many celebrity regulars. Lucien Freud dined here almost daily, for instance, and on the night of his death waiters placed a black tablecloth with a single burning candle on his usual table. Breakfast is served until 11.30am and includes all the classics, after which the all-day dining menu kicks in – omelettes and eggs Benedict, soups, salads, croque monsieur, caviar and oysters.

Every few months, something wonderful happens in London – a crowd congregates at Cecil Sharp House, a performing arts venue near Regent’s Park, for a day out enjoying the ultimate Sunday: “a day of talks, walks, performances and feasts that bring the broadsheets to life” according to the organisers. The presentations take place in a section of the venue kitted out to be like a comfy living room, and the walks around Primrose Hill are guided by a philosopher; there are also arts and crafts, pub quizzes and live music. And, of course, there’s the kind of food no quintessential Sunday could be without – brunch by the Breakfast Club, roast dinners by Tom’s Feasts and Bloody Marys from the Flaming Lips Bloody Mary Bar. The next edition is on September 10, 2017, and tickets are £35 (under 12s free).

Creative, independent and original… this hotel could also describe Berlin to a certain extent. Set in a former 19th-century factory in Friedrichshain that fell into disuse after the fall of the Berlin Wall, the Michelberger still retains an industrial feel but has a relaxed, friendly ambience that has made it an artist’s hangout as much as a hotel. The cleverly designed, individually themed rooms are mostly on the budget side (although there are a couple of luxe options) but it’s the bar/restaurant area with courtyard seating that has made the hotel a destination in itself. Come here to meet friends or just hang out; the breakfast buffet includes the usual bacon and eggs, as well as cheese, charcuterie, salads and their Fountain of Youth drink – which turns out to be coconut water, but it can be made into a cocktail or a warming drink with ginger and lime. There’s also an ever-changing brunch dish on weekends. 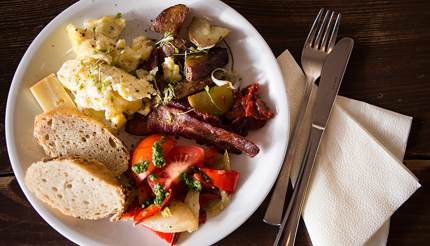 This gourmet chocolatier and patisserie in Saint Germain des Pres has an adjoining restaurant and cocktail lounge, where cocoa beans are worked into savoury dishes as well as sweet. This is where you’ll find the ultimate brunch experience in Paris – served only on Sundays, it consists of different tasting-size dishes using only the best ingredients, rounded off by an extensive dessert buffet. Make sure you try their hot chocolate, which is regarded by many as the best in Paris, and pop next door for some macarons afterwards. Reserve in advance.

From the team behind the wildly popular seafood restaurant, Maison Premiere this small bistro in Greenpoint, Brooklyn offers French-accented American fare, and the brunch menu features pastries, sandwiches and pancakes, and dishes like goat’s cheese omelette with leek fondue and almond French toast with rhubarb and mascarpone. Outside, there’s some pavement seating and inside, two Art Nouveau-style seating areas: high stools at the marble-topped bar, or in the main seating area, which has brown leather banquettes, walnut panelling, tropical plants and hand-blown glass chandeliers. Drinks wise, the wine list includes organic, biodynamic wines and some interesting house cocktails made with small batch spirits. 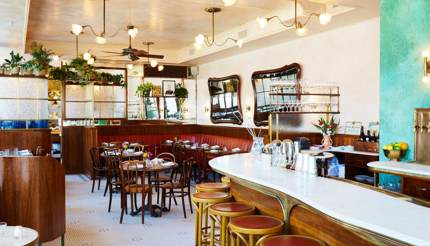 The food at Prune in the East Village is seriously good – and there are still queues for brunch 18 years after chef/owner/writer Gabrielle Hamilton first opened this unpretentious neighbourhood joint – no small feat in ever-evolving New York. The brunch menu features the now-legendary Dutch pancakes (served with blueberries, whipped cream and Canadian bacon), eggs benedict with potato rosti and the Mexican classic huevos rancheros, but there’s so much more – spaghetti carbonara, sausages and oysters, steak and eggs… and we haven’t even got to the Bloody Marys yet. There are 11 different kinds, such as the Danish, with aquavit, fennel and marinated anchovy; the Southwest with tequila, chipotle peppers and lime; the Caesar with gin, clam juice and pickled eggs… Form an orderly line, folks.

Saturday mornings are very busy at this neighbourhood spot in Santa Monica, so we recommend going for brunch on any other day of the week. The pastries here are amazing – there’s always a great selection of cakes, muffins and scones – and you can also order full breakfasts, granola, salads and sandwiches. The food is healthy – ingredients include spinach, quinoa and kale – and there are also vegan and gluten-free items, but healthy isn’t sacrificed for flavour. Try the braised white beans with kale and eggs, or the ‘green eggs and ham’ – the ‘green’ is from the addition of pesto. Prices are a little higher than you’d expect, but the food – and drinks, particularly the chai latte – won’t disappoint. 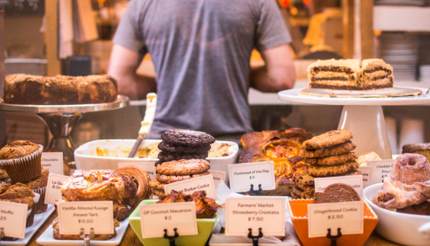 Set in Brentwood Gardens, Bottlefish is a relative newcomer on the scene (it opened at the end of 2016) and its brunch menu is brand new. As befits a restaurant specialising in seafood, the menu has touches of seafood here and there, such as avocado toast with lobster and eggs benedict with crab cakes. The classics feature, too – fried chicken and waffles, steak and eggs, omelette with French herbs. A classy dining area – spacious, and decorated in honeyed tones – and a patio area, plus outstanding service, makes this the ideal place to while away the morning. 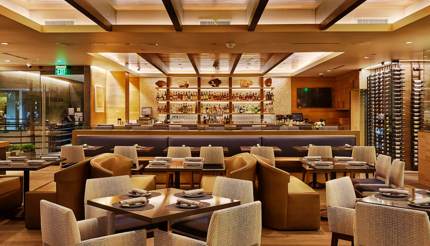