The best safaris in Eswatini (Swaziland)

With wild rhinos, horseback adventures and thrilling zip-lines on offer, Eswatini (Swaziland) should be your next safari destination

The Kingdom of Eswatini (formerly Swaziland) may be small but it is a goldmine of offbeat safari experiences because the country remains largely untouched by mass tourism. So if you want to have a fun, action-packed yet secluded and special safari experience, make Eswatini your next holiday destination and here are the best safaris in Eswatini.

Covering a large swath of African bush, Mkhaya was established in 1979 to protect the country’s last indigenous Nguni cattle. This private game reserve is now a sanctuary for many endangered species and particularly famous for the healthy population of white rhinos. The local guides do avoid stating the number of rhinos because they want to discourage poachers. It is worth noting that the rangers in Eswatini can still shoot poachers on sight – undoubtedly this has actively helped the rhinos to thrive.

Game drives and walking safaris are great value-for-money and highly rewarding. And for bird-watchers, expect to spot pink-throated twinspot, crested guineafowl and the colourful narina trogon near your camp. 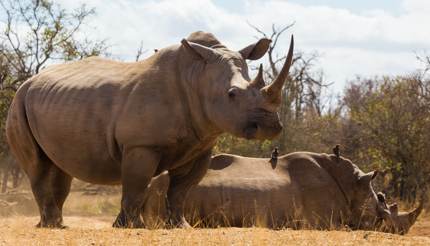 Getting up close and personal to the wildlife at Mlilwane

With magnificent mountains towering above grassy plains and Arabian ponies dotted across the landscape, Mlilwane offers an epic safari experience. The best bit is no predators live in the park, giving visitors plenty of freedom to explore on foot, by bicycle or on horseback. The latter is wildly exhilarating as you can get very close to the animals and take some stunning wildlife photos. The sanctuary is also home to many animals including herds of zebra, impala, kudu, warthog, hippos and the illustrious hoopoe with its magnificent crown of feathers. 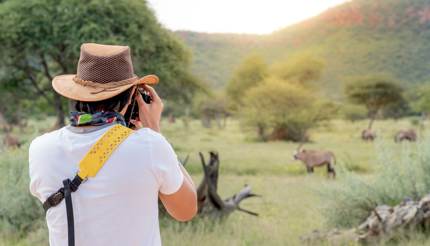 Take wildlife photography up close in the Mlilwane safari

Flying through the treetops at Malolotja

Fasten the belt, because the canopy tour at Malolotja Nature Reserve is going to take you through the remote area at Malolotja nature reserve at dizzying speeds. With ten zip lines running between majestic cliffs, a 50-metre long bridge over the Majolomba River and 11 forest platforms offering stunning views of the valley, the Canopy Tour is a thrilling way to see some of the animals like blesbok, zebra and impala. There’s even a troop of illusive baboons that you can spot as you fly across the ravines. 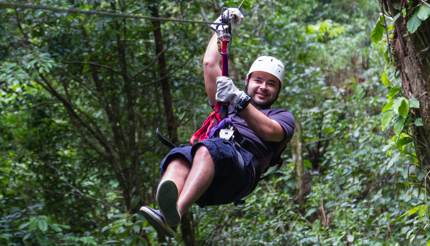 Zip through the Malolotja treetops

How to get there