Touchdown in Iceland for an epic adventure 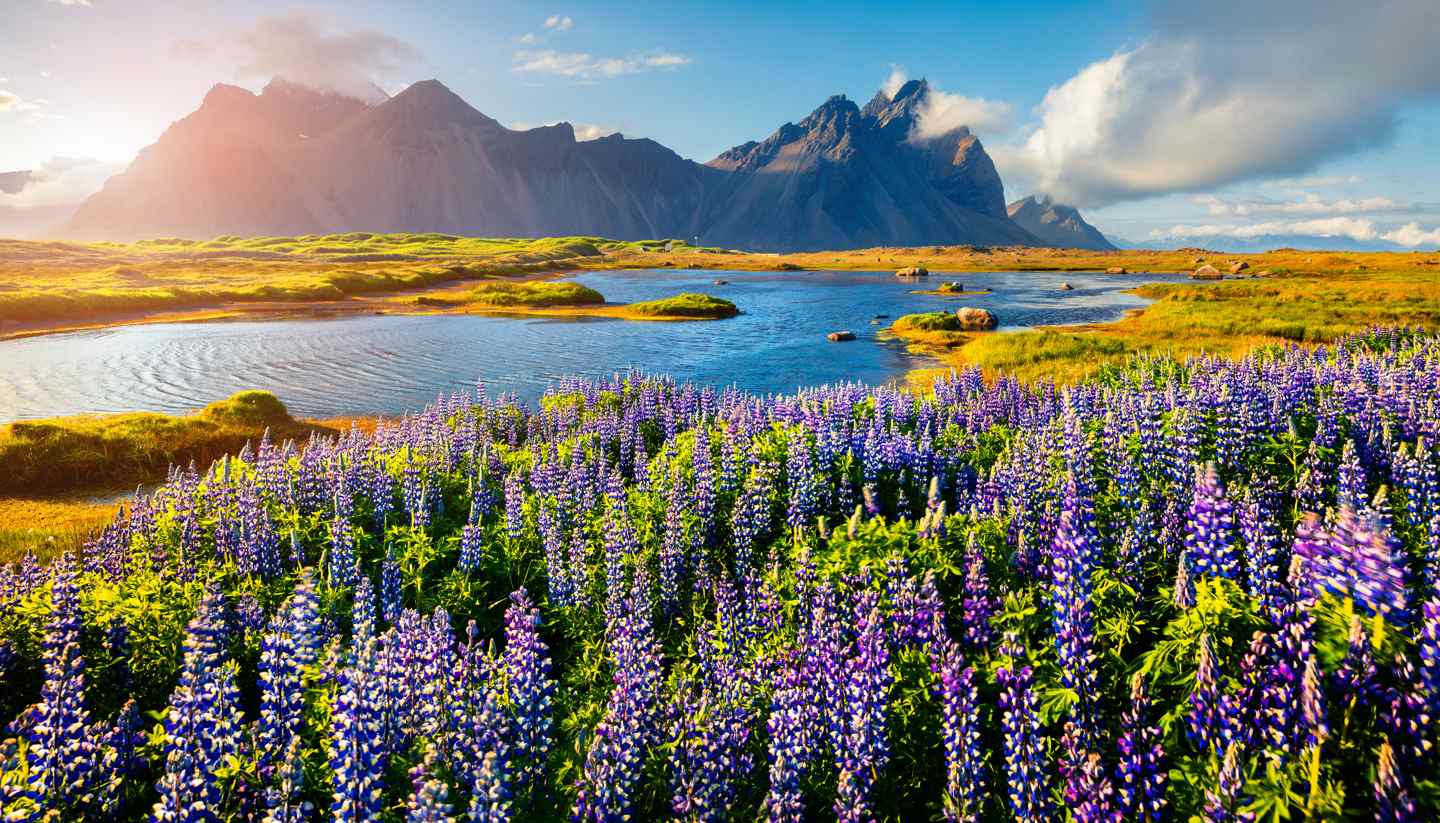 Ever considered a stopover in 'the land of fire and ice'? Robin Brown finds out why making a weekend of it in Iceland on your way to North America is a great idea

‘Hubbing’ through Iceland on your way to North America from Europe is becoming popular among savvy travellers. With attractive airfares and Icelandair offering transit passengers the freedom to stay in Iceland for up to seven days without an additional charge, many happy travellers are up for an Icelandic sojourn and use the opportunity to experience ‘the land of fire and ice’ in all its glory.

Start your trip by taking a leisure stroll from Laugavegur and head towards Hallgrimskirkja church. This section of Reykjavik has been transformed into one of the chicest shopping streets in the city and one of the best places to purchase high-quality outdoor wear and equipment. The stark Hallgrimskirkja church, said to resemble mountains and glaciers, often elicits mixed reactions from visitors, but the views from the tower are undeniably sensational. The statue of explorer Leif Erikson stands in front of the church – he was the first European to have discovered North America, 500 years before Christopher Columbus apparently.

From Hallgrimskirkja, walk northwest towards the old harbour and join a whale-watching boat tour. Thousands of Minke whales, dolphins, porpoises and even humpbacks and orcas choose to play in the waters around Iceland, and the tour boat operators certainly know where to go looking for them. 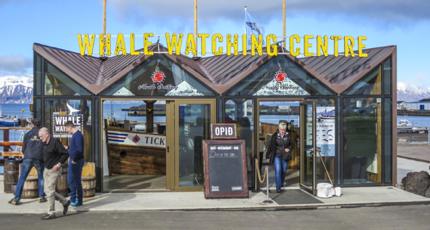 Back on dry land, the Reykjavik Maritime Museum is a worthy diversion. Housed in an old freezing plant by the old harbour, it charts the country’s maritime history from the bygone Viking days and contains thousands of sea-related artefacts – some quirky in the extreme.

For those seeking a quintessential Icelandic experience in a land scattered with 200 volcanos, the Volcano House is within walking distance from the Maritime Museum. Catch the two documentaries if you can (the combined running time is just under an hour).

Alternatively, head to the distinctive Harpa concert hall and grab a ticket to enjoy a performance. Apart from soaking up the extravagant sounds of a classical performance, Harpa is also the place to catch the much-revered comical How to become Icelandic in 60 minutes where you will learn how to walk, talk and behave like an Icelander in under an hour. 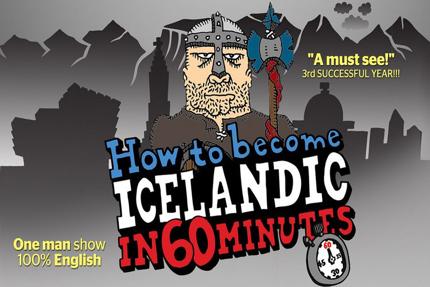 How to become Icelandic in 60 minutes

If you have a few days to spare

Taking advantage of Icelandair’s seven-day extension will enable you to explore some of the more remote and otherworldly locations around Iceland’s rugged coast at a leisurely pace. Consider stopping over at one of the hotels in the area so you can witness this majestic scenery under the midnight sun (May to August).

Many films have been shot in Iceland. The epic scene of James Bond sliding his Aston Martin across the glossy ice and fighting bad dudes in Die Another Day was shot in Jökulsárlón glacier lagoon. This sensational lagoon is littered with blue icebergs making their way to the North Atlantic – they are blue because of the highly compressed snow, where several meters of snow is packed to make just one millimetre of ice – you get a sense of how time unfolds on a natural scale over centuries.

Pro tip: on the way to Jökulsárlón, make a stop by Eldhraun Lava Field. This vast area is now reclaimed by centuries of moss growth, giving the landscape a lumpy green velvet appearance. Also check out Iceland’s famous black sand beaches such as the one at Reynisfjara beach by the coastal village Vík. 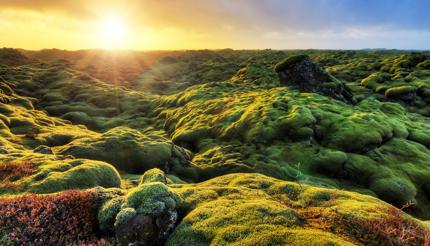 The Sci-Fi Blockbuster Interstellar was partially shot in Svínafellsjökull glacier. The high-tension car chase scene in Fast & Furious 8 was filmed at Lake Mývatn. Even Justin Bieber made his I’ll Show You music video around the majestic Fjaðrárgljúfur canyon and Seljalandsfoss waterfall – the amazing scenes have fans worldwide asking, ‘Do places like that really exist?’ – yes they do and they are in Iceland. Hiring a car is the best way to experience these otherworldly locations. 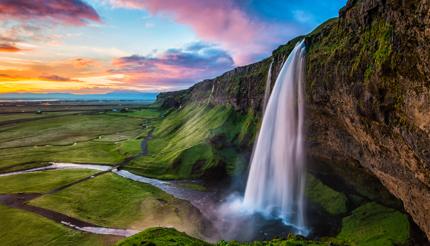 Seljalandsfoss is located in the South region by Route 1.

Iceland is well-known for the quality of its seafood and lamb. For the more daring foodies, fermented shark (Harðfiskur), puffin and Minke whales are the must-try dishes. Whatever you do, don’t leave Iceland without trying Plysur (Icelandic hot dogs) and lobster soup. This handy Reykjavik food & drink guide: 10 things to try in Reykjavik is a must-read before your trip. 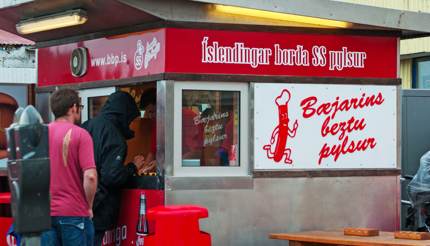 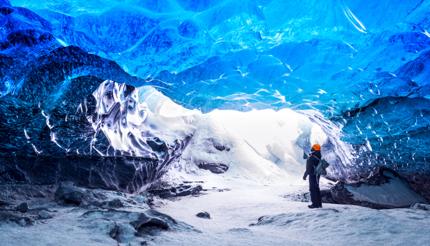 Icelandair is a transatlantic airline which offers a unique opportunity for passengers to enjoy a stopover in Iceland for up to seven nights at no additional charge. It flies to 22 North American destinations from London with just one stopover in Reykjavik. 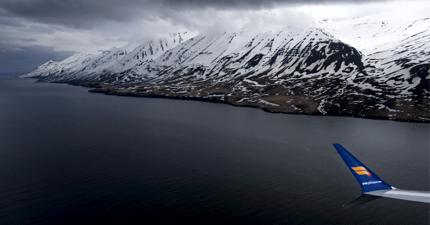