Welcome to Britain’s most radical city 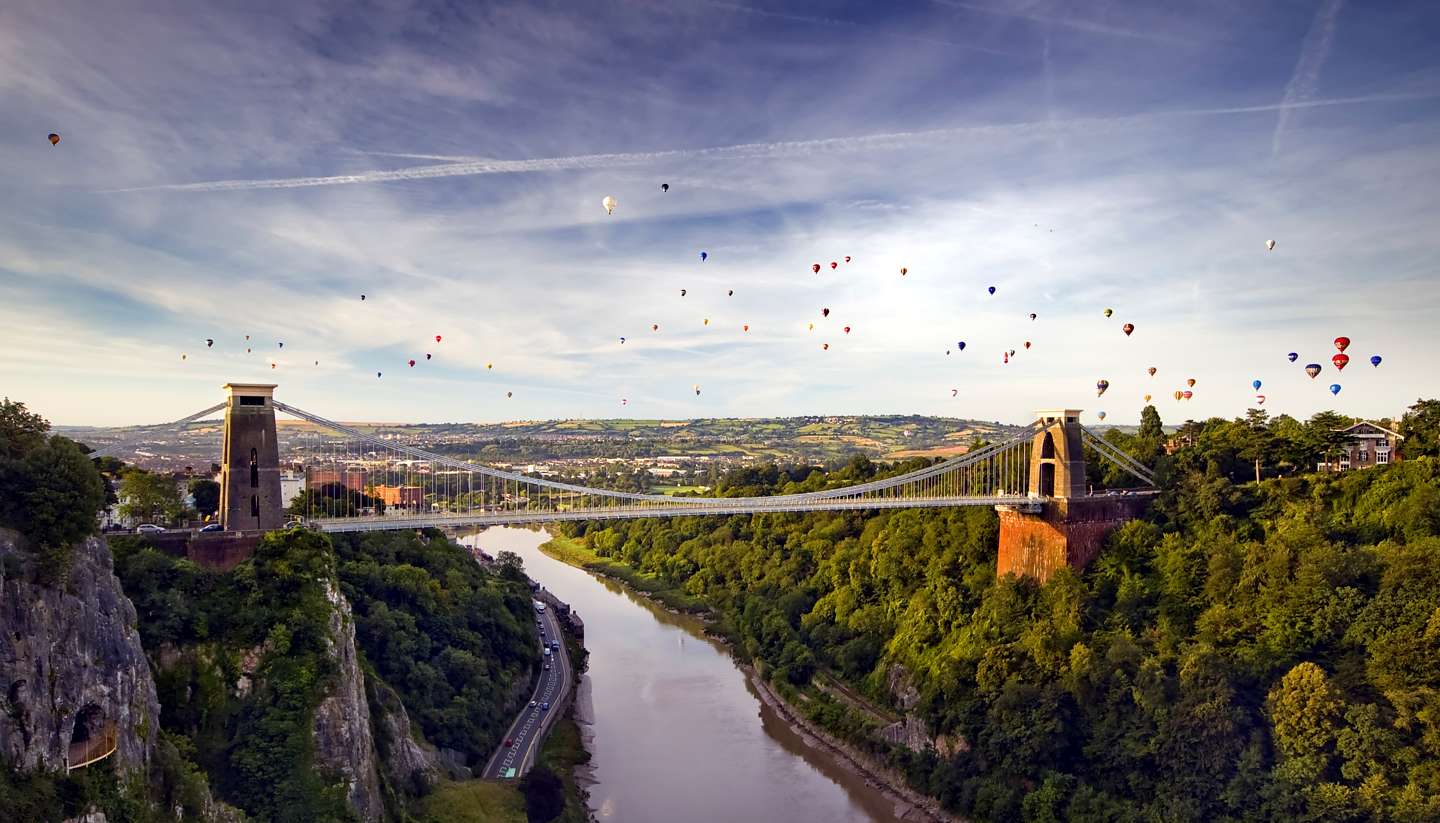 We explore Bristol, the European Green Capital for 2015, and find a world of innovation, ethical living and a bus run on poo.

“What on Earth is stuck to my shoe?” and “Good grief that huge Premier Inn is hideous,” are probably more typical trains of thought.

But behind the graffiti-strewn walls of this laid-back West Country city flows a determined green conscience that has earned Bristol the title of 2015 European Green Capital.

“Green city living isn’t often about things looking pretty,” says local Environmental Science student Tim Janes. “People have this idea of flourishing green spaces and birds tweeting, but the reality is far more to do with knowing how to handle piles of waste through initiatives like the poo bus.”

The ‘poo bus’ is more pleasant than it sounds: it’s a bus that runs between Bristol Airport and Bath that is powered by biomethane gas generated through the treatment of sewage and food waste.

It’s this kind of pioneering science and radical thinking that has helped qualify Bristol for Green Capital status.

It may not have the wind farms and sparkling canal waters of its predecessor, Copenhagen, but when it comes to clever, cutting-edge eco-science, Bristol has it covered, achieving impressive feats such as its zero waste to landfill status.

“Throughout history Bristol has been at the cutting edge of the zeitgeist, from exploring the Americas to Victorian engineering,” says Hywel George, Director of Bristol’s ethical production company Plastic Buddha who worked on the city’s Green Capital campaign.

“So it’s not a surprise that it remains at the forefront of radical thinking. Many students stay on to live here and Bristol is populated by a lot of very bright people keen to be a part of exciting new things, adding to the culture of independent thinking in the city.”

But the city’s green credentials are more than clever technology. The idea of living responsibly reverberates through Bristol. Bristolians use less energy per household than any other UK city and its independent mayor is a prominent champion of sustainability, zipping around in his electric car (and bright red trousers).

Cycling is also rife. Despite decidedly hilly terrain, Bristol has one of the highest cycling rates in the country, though cynics suggest this could be thanks to the city’s useless public transport. Ethical transport charity Sustrans, which is responsible for the extensive National Cycle Network, is also based here.

Other green companies in Bristol include ethical bank Triodos, which lends money to those effecting positive change for people and the environment, and the BBC’s Natural History unit, which has produced wonderful wildlife programmes here since the 1950s.

Sustainable living is also championed by Bristol’s flourishing community of independent shops and restaurants. The bustle of Gloucester Road is a first-class example of shopping local, with the largest number of independent traders on any one road in the UK. Pick up fresh fish caught off the Devonshire coast, stock up on locally grown vegetables and buy handcrafted wooden toys or eco-friendly baby clothes. There’s even an organic hairdresser.

“Gloucester Road has become one of Bristol’s finest assets,” says local resident Marcus Noble. “It really captures the essence of the city – its creativity, its sense of community and the idea of living well and living responsibly.”

As you come down Gloucester Road into Stokes Croft, the number of restaurants and cafés with ethically sourced food and sustainable business practices is quite staggering. Within a few hundred yards, you can tuck into a beetroot burger at the non-profit vegan Cafe Kino, sample award-winning ethical tapas at Poco and sip ethical coffee at Boston Tea Party.

This is also Bristol’s arty quarter with anarchic tendencies. In 2011, there were riots and protests over a Tesco opening up along Cheltenham Road. They failed, but locals can still fill up on responsibly sourced pie and mash at Pieminister or pop into the headline-grabbing Skipchen, a café that makes dishes from previously discarded food ingredients and works on a pay-as-you-feel basis.

Have no doubt about it, Bristol is a place where people feel empowered to make positive changes. It even has its own money, the Bristol Pound, which is the UK’s first citywide currency, accepted by more than 600 businesses.

But it’s also a place where you often need to scratch the surface to discover the city’s gems. Standing in the central space of the St James Barton roundabout (known locally as the Bear Pit), most would have little clue that down a particularly dingy, urine-soaked tunnel are three great places to eat – Mathilda’s Chilli Bar, the Mayflower Chinese (how Chinese food should be) and Sky Kong Kong, a Korean eatery run by a chef from a London Michelin-starred restaurant.

Stepping off at Bristol Temple Meads train station, few know that some of the most delicious cake you will ever demolish is tucked away inside one of the arches at Harts Bakery; while those in the soulless Broadmead shopping precinct may well walk straight by The Island, a fantastic multi-use arts facility that puts on some of the best club nights in the city housed in an the old police station.

In disused warehouses and abandoned office blocks, behind shabby doors and down winding side streets, new ventures continue to thrive in the most unexpected corners of the city.

“Bristol is always changing and I still get surprised by it,” says local DJ Paul Fearnside. “You never know what exciting new thing you might stumble upon. While once the city’s cultural scene was primarily famous for its drum and bass music, you only have to look on Bristol’s Headfirst website to see what a truly eclectic mix of events now go on here.”

For innovation, its Green Capital year is no exception. In April, a flotilla of fishing boats will appear in the depths of Leigh Woods as an atmospheric installation highlighting climate change and overfishing.

Environmental highlights also include Bristol’s Big Green Week in June, which promises to be bigger and more insightful than ever before with artwork, debate, film, music events and theatre. Then in August, the annual International Balloon Fiesta will see the launch of a solar-powered hot air balloon that uses high-tech fabric to absorb the suns rays and retain the heat generated.

And it is the latter that perhaps captures Bristol’s spirit most succinctly of all: eco-friendly, pioneering, quietly clever and more than a little bit off the wall.

Enjoyed this article? Then have a read of these: