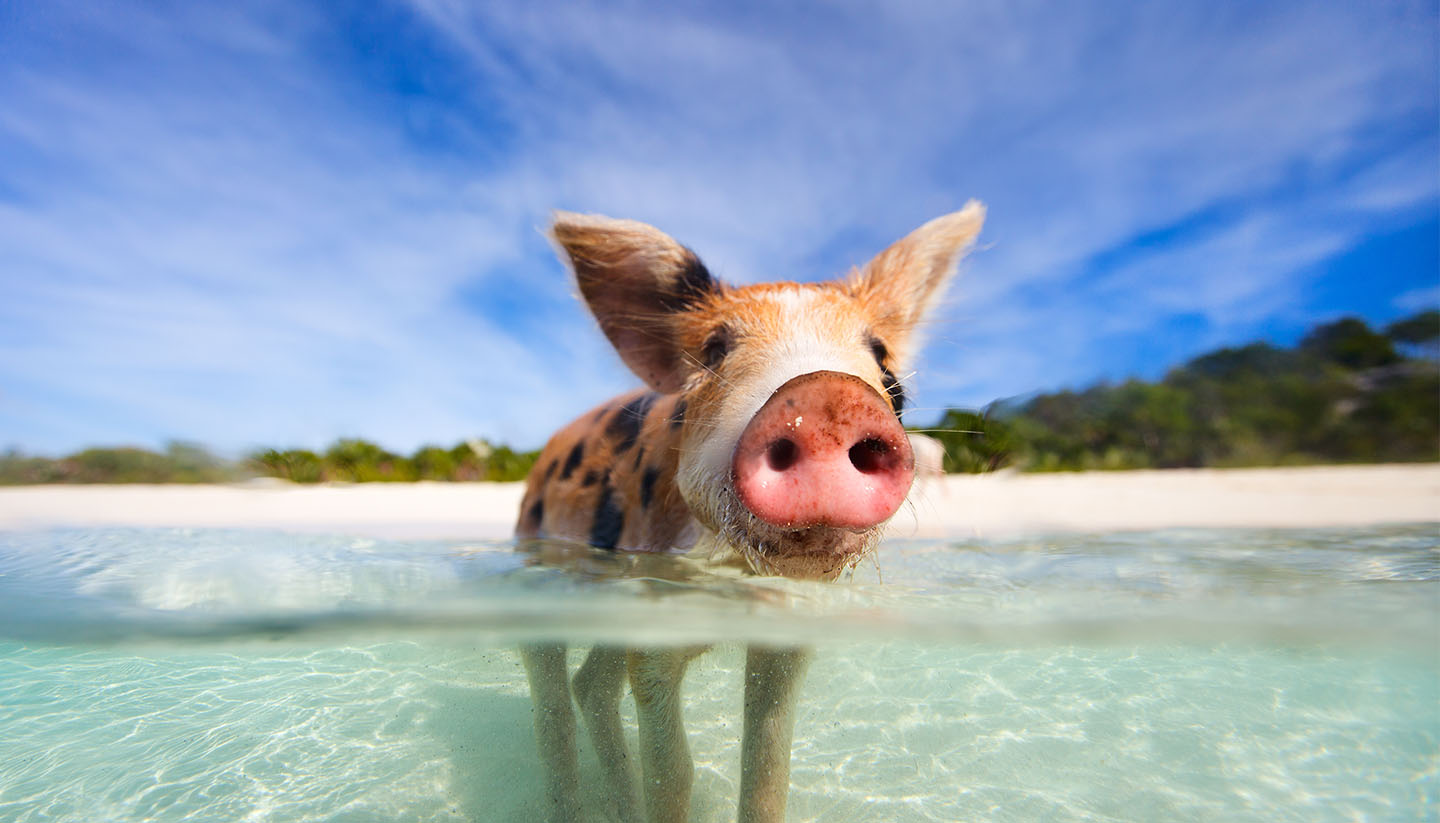 The original inhabitants, the Lucayan Indians, survived through fishing and a developed trading system with Cuba and Haiti, flourishing until 1492 when the Bahamas were first discovered by Europeans under Columbus. San Salvador, near modern-day Cockburn Town, was his first landing place in the New World.

Close to key trading routes, settlers arrived in their droves, most notably the Eleutheran Adventurers, a group of English religious dissidents, in 1647. Adventurers they certainly were, braving food shortages and piracy before establishing a more easily defensible settlement on Harbour Island.

The era of privateering raged on – the pirate Blackbeard was at one time magistrate of a pirate-controlled Nassau before the archipelago was formally colonised by Britain in 1717, under Woodes Rogers (himself an ex-privateer). The islands were briefly re-occupied by the Spanish in 1782 but returned to Britain the following year.

A comparatively peaceful, prosperous era ensued. An early haven for freed slaves, the islands lucratively became a trading post for Confederate cotton in the American Civil War. And during Prohibition the port of Nassau had to expand to cope with the surge in the rum trade.

When Cuba closed to tourism in 1962, the Bahamas quickly promoted itself as the bona fide holiday destination for America’s wealthy. Internal self-government arrived two years later, followed by full independence in 1973.

The Bahamas is a Commonwealth realm – one of 16 former British colonies that are members of the Commonwealth of Nations – and retains HM The Queen as head of state. The head of the government is the prime minister, currently the Rt Hon Perry Christie, who leads the party with the most seats in the House of Assembly, the lower house, which is augmented by a 16-member Senate appointed by the governor general.

Did you know?
• Although illegal, Obeah, a form of folk magic, is practised by some Bahamians mainly in the outlying Family Islands.
• Local heroes, The Baha Men enjoyed a massive worldwide hit in 2000 with Who Let the Dogs Out?
• The uninhabited island of Pig Beach is populated exclusively by feral pigs.

Predominantly Christian with Baptist, Anglican and Roman Catholic the main denominations and Methodist, Church of God and other Protestant faiths minority groups.

The chilled-out Bahamian pace of life dominates every convention. 'Island time' is a relaxed approach to time-keeping and also describes the Bahamians' laid-back attitude to life. A slow pace prevails across the board from the banks to the Government offices. Dress is casual, although business attire is worn. Holidaymakers will find beachwear is accepted in the resorts but is frowned upon elsewhere. When dining, dancing or high-rolling in the casinos of Nassau or Freeport, dressing up is de rigueur.

English is the official language. Bahamian patois is widely spoken.