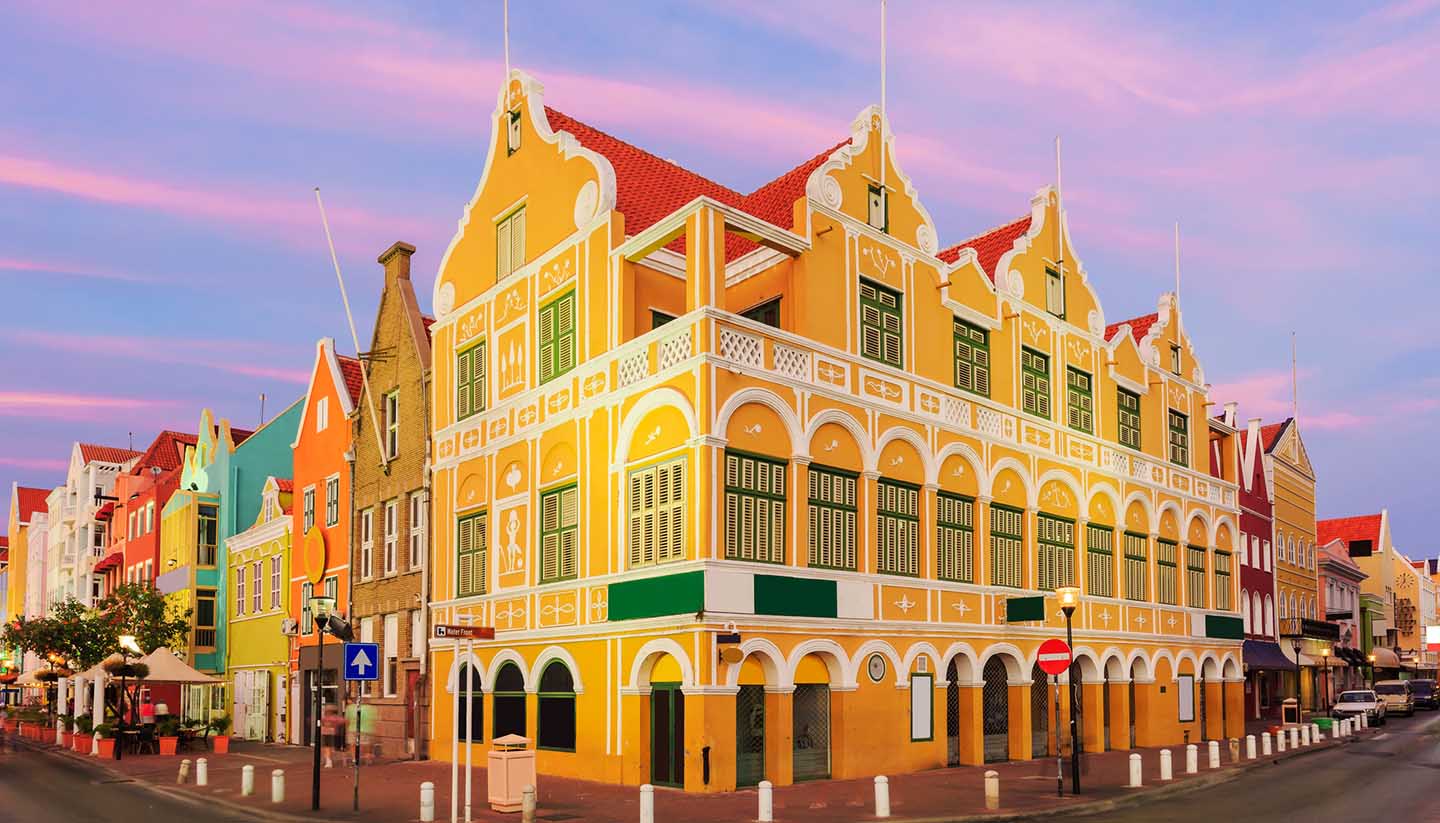 Curaçao, the largest of the now disbanded Netherlands Antilles, was first inhabited by South American Arawaks who were enslaved by Spanish colonists after their arrival in 1499 under Alonso de Ojmeda, one of Columbus' lieutenants.

When the Netherlands gained independence from Spain in 1634 the Dutch East India Company seized control of the island, establishing its capital Willemstad on a natural harbour.

Slaves were then imported to provide labour, initially for the salt mines, but subsequently for agricultural plantations and the island changed hands between the Dutch, the British and the French several times during the 18th and 19th centuries, before stable Dutch rule was re-established in 1815.

The abolition of slavery in 1863 triggered economic decline, relieved in 1915 when Royal Dutch Shell built an oil refinery on the site of the former slave market at Asiento. It has been the hub of Curaçao’s economy ever since and provided a major source of fuel for Allied forces during WWII.

Did you know?
• Curaçao also includes the uninhabited island of Klein Curaçao.
• Subject to state regulation, prostitution is legal on Curaçao and a large open-air brothel has been run near the airport since the 1940s.
• Derived from African and Portuguese, Papiamento is an official language on Curaçao with Dutch and English.

The majority of the population is Roman Catholic, with Protestant minorities, both evangelical and other low-church denominations. There is also a Baha'i temple and a synagogue.

The social influences are predominantly Dutch, combined with Indian and African traditions. Men wear tropical lightweight suits for business appointments and formal wear for evening engagements. Similarly, women should take some evening wear, but dress for daytime is casual. Swimwear should be confined to the beach and poolside.

Dutch is the official language. Papiamentu (a mixture of Dutch, Spanish, Portuguese, English, Arawak Indian and several African languages) is the lingua franca; English and Spanish are also widely spoken. There are 50 different nationalities.