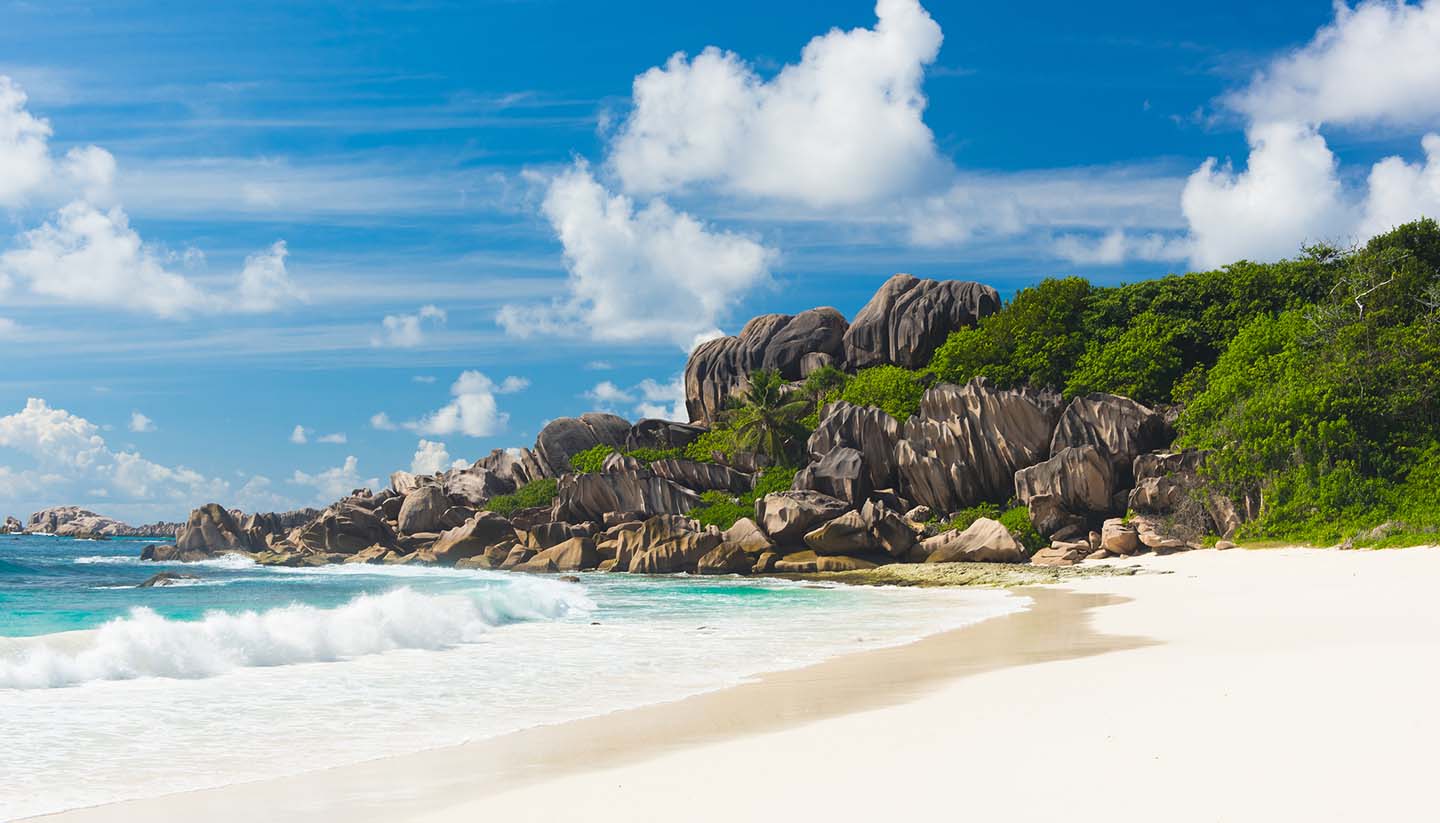 For a small island, Grenada has had a turbulent history. The earliest known inhabitants were Arawak Indians, who were then displaced by Caribs some time before AD 1300. The first serious attempt at settlement by Europeans was in 1609, but the Caribs resisted fiercely and it was not until 1650 that the French were able to claim the island. It remained a French colony until taken by the British in 1783. Grenada was an important centre in the slave trade between Africa and the sugar plantations of the West Indies. With the emancipation of slaves and the disintegration of the plantation system, the majority of islanders came to depend on a few local industries and their own smallholdings.

Radical politics have been a hallmark of Grenadian society since the early 1950s when trade union organisation, promoted by Eric Gairy, a firebrand ex-teacher, took root among the workforce. Gairy ultimately led Grenada into independence from the UK in February 1974, and subsequently won three elections for the premiership. Not all were content with Gairy's regime, however, and among his opponents was the New JEWEL Movement (Joint Endeavour for Welfare, Education and Liberation), a group of mainly young, educated left-wingers led by Maurice Bishop. In the spring of 1979, the NJM deposed Gairy in a bloodless coup. The USA believed that the NJM was determined to turn Grenada into a mini-Cuba, and from 1980 onwards increased political pressure against the Government. The question of how to respond to this, and other issues, split the NJM leadership, and led to the military coup of October 1983 in which Bishop was killed. The coup provided a pretext for the US invasion and the restoration of the pre-NJM system of government under the tutelage of the USA. Four existing political parties allied to form the New National Party (NNP), under the leadership of the veteran politician Herbert Blaize, to keep out Eric Gairy who was still on the scene. At the general election in December 1984, the NNP won handsomely. The NNP has dominated Grenadian politics ever since, and won the most recent election held in November 2003, where it swept the board for the House of Representatives. Party leader Keith Mitchell is now into his third term as Prime Minister. Mitchell's government continues the NNP tradition of very close relations with the USA, although a sharp drop in financial support led Mitchell, along with other East Caribbean leaders, to seek economic assistance elsewhere. The Organisation of East Caribbean States plays an important part in Grenada's foreign policy. A proposed political union comprising the member of the organisation has aroused fierce opposition because of historic inter-island rivalries, although its supporters (who include the Mitchell government) feel it essential to the future prosperity and security of the region.

Local culture reflects the island's history of British and French colonial rule and, of course, the African cultures imported with the slaves - African influence is especially noticeable on the island of Carriacou in the Big Drum and in Grenada with the Shango dance. The Roman Catholic Church also exerts a strong influence on the way of life. Local people are generally friendly and courteous. Dress is casual and informal but beachwear is not welcome in town.

English. French African patois is also spoken by some of the population.