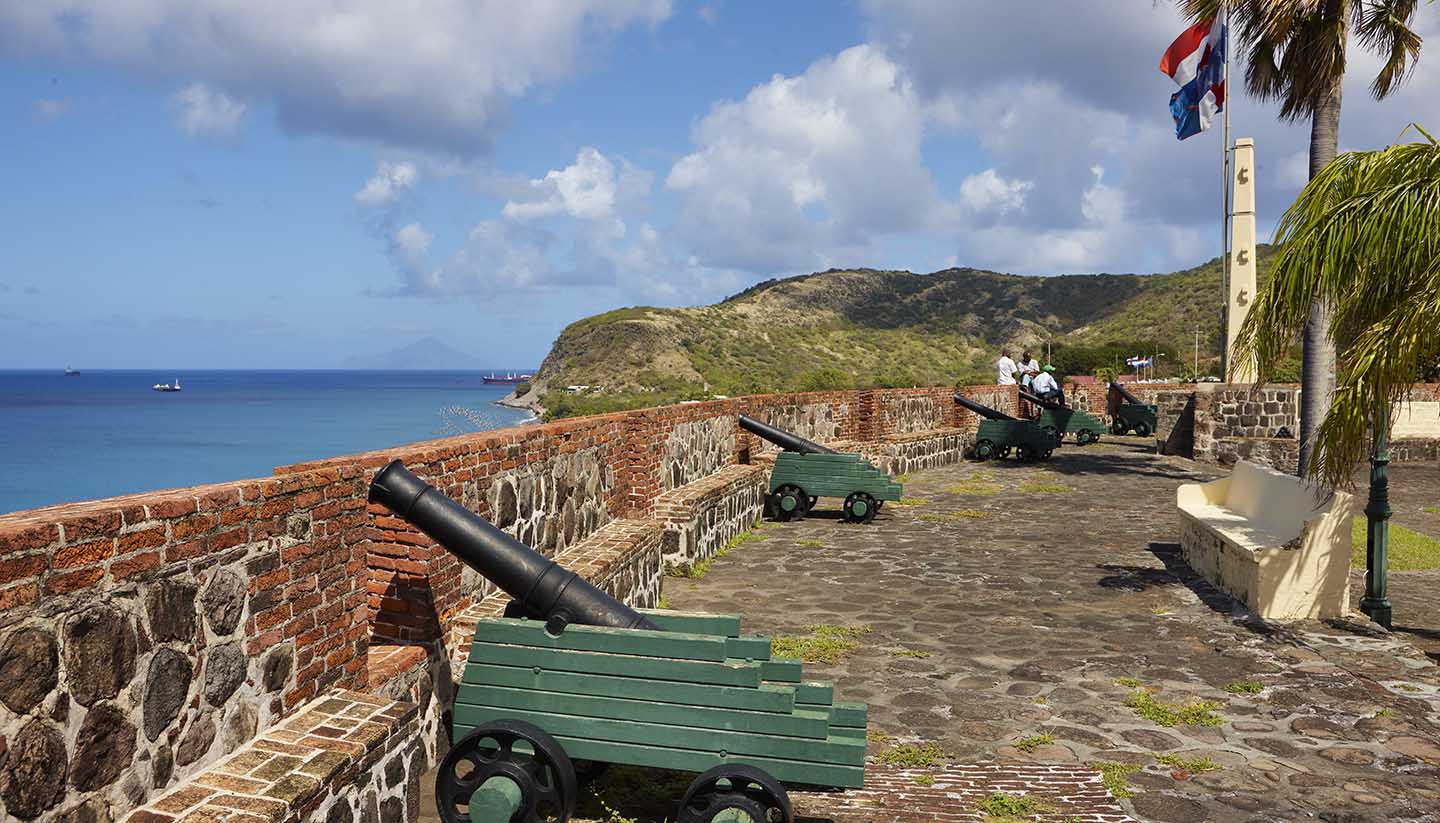 Things to see and do in St Eustatius

Get down to The Quill

Situated on the south side of the island The Quill/Boven National Park is home to a volcano named The Quill. Protected as a national park since 1998, The Quill stands at an impressive height of 2,000ft (609m) and you can explore the crater inside. The Dutch settlers first called it Kuil, while the English chose to rename it Quill.

Have a go at watersports

Go windsurfing or waterskiing; these and other watersports are well catered for on the island. Enjoy the island's superb scuba-diving opportunities. Many wrecks filled with marine life lie on the black sand amid coral reefs and near the submerged old port just off Oranjestad. Dive centres offer complete courses and equipment hire.

Have a wander around the Old Town

Take a stroll around the restored Old Town. A highly recommended visit is to the Miriam Schmidt Botanical Garden. Named after the founder who opened the garden in the 1990s. It opens from sunrise to sunset and tours are available during weekday mornings and also by special arrangement.

Staying in The Quill/Boven National Park you can also get on the Mazinga Trail through the lush interior. The trail is teeming with an abundance of plant life such as giant tree ferns, wild balsam and begonias. Not to mention at least 17 different kinds of beautiful orchids, with many rare species. Then there's the teeming wildlife that includes butterflies, exotic birds, iguanas and land crabs.

Party at the Carnival

It's worth checking ahead, but the last week of July on St Eustatius tends to signal party time with music, dance, food and lots of theatrics. The Carnival was founded in 1964 and for over half a century has been a major part of the island's culture. It's a fine time for locals and visitors and an opportunity to relax and let your hair down.

Salute the past at Fort Oranje

Catch glimpses of the island's past by wandering about the colonial houses and visiting Fort Oranje, which was built by the French in 1629 and still has intact cannons. Other noteworthy sites include Fort Amsterdam or even going underwater to see the bay's sunken Dutch sea walls.

Take advantage of the warm and clear water and coral displays by going snorkelling. Perfect for beginners or old hands, there are plenty of dive walls, reefs and shipwreck sites. Preserving the marine life is St Eustatius Marine Park that has specially contained dive sites.

Spend some time on the unspoiled beaches

Relax on many beautiful and unspoiled beaches with unusual layers of black and tan sand. The three beaches are each different in character. Oranje Bay is good for swimming but doesn't have much in the way of sand, while Zeelandia Beach and Lynch Beach are good for sunbathing. Be aware than none have lifeguards.

Hunt down the weed-choked Jewish Cemetery, which is connected to Synagogue Honen Dalim, the second-oldest synagogue in the New World. From 2001, this place of worship has undergone a continuing restoration project to preserve the proud Jewish history on the island.