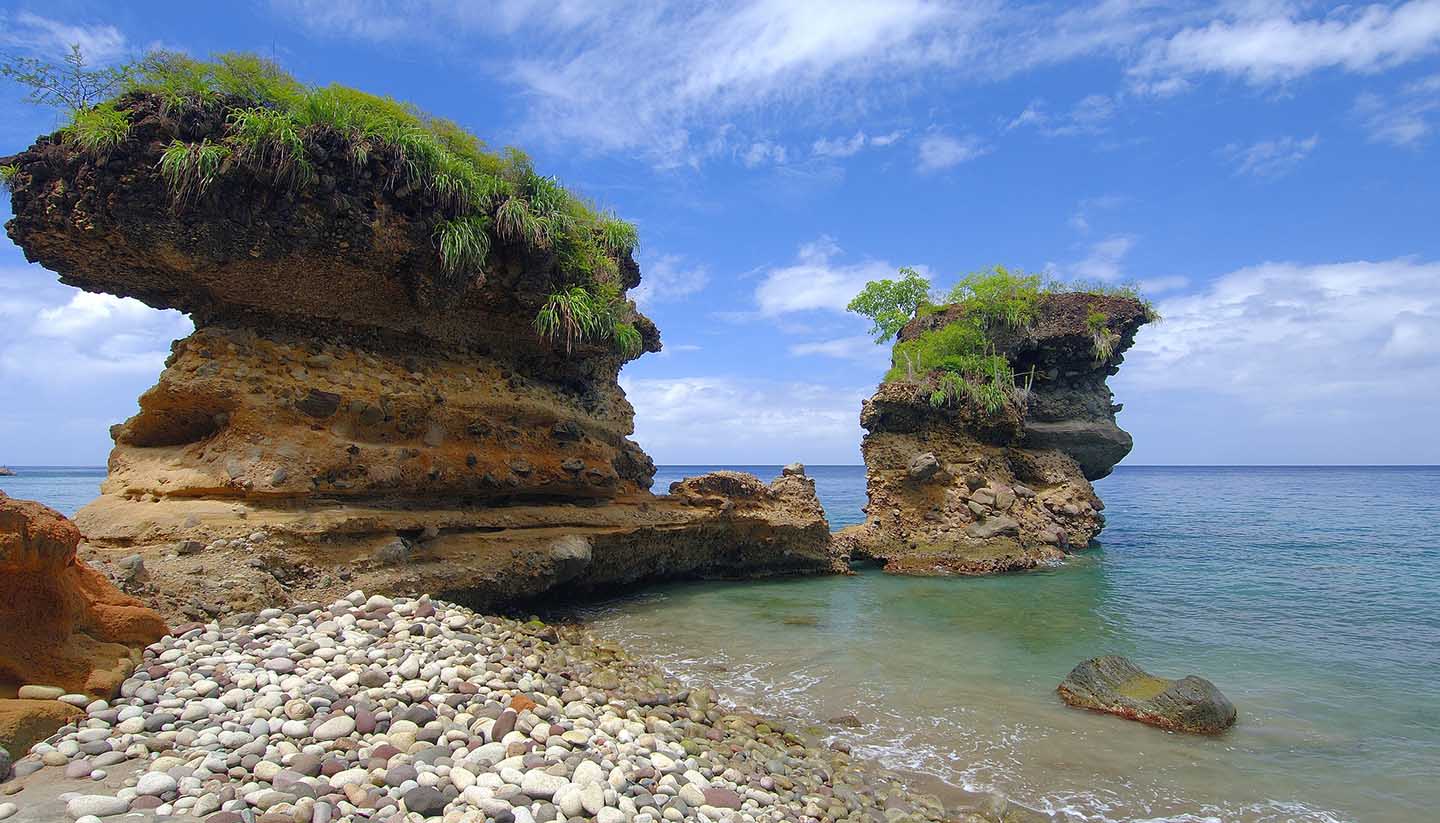 Fierce resistance from Carib Indians kept British and French colonists away from this Caribbean island in the early-17th century, though the island was not entirely untouched by Europeans – the notorious French pirate, François le Clerc, had been a frequent visitor a century before and by 1600 the Dutch had established a camp at what in now Vieux Port.

The Carib Indians could only keep the colonialists at bay for so long, though: between 1660 and 1814, the Old World skirmished over the island and its ownership of St Lucia switched hands no fewer than 14 times.

In 1722 King George I granted the island to the Duke of Montagu, who sent a merchant sea captain with a fleet of seven ships to establish a settlement – he was promptly seen off by the French. Britain then occupied St Lucia during the Seven Years War, but returned it to France at the Treaty of Paris in 1763.

A revolutionary tribunal was set up on the island after the French Revolution, all slaves were declared free and a guillotine was set up to execute Royalists, but it wasn’t long before Britain invaded the island and the tug of war resumed before being finally settled in 1814 at the end of the Napoleonic Wars.

The British abolished slavery in 1836 and all slaves had to serve a four-year apprenticeship working for their former masters as they completed a transition to freedom. A measure of self-government was introduced in 1840 with universal suffrage from 1953, before St Lucia was granted full autonomy in 1979 as an independent state of the Commonwealth of Nations.

HM The Queen remains the head of state and is represented on the island by the Governor-General, currently Dame Pearlette Louisy, who became the first woman to hold the position when she assumed office in 1997. St Lucia has long lobbied for greater regional integration as a unitary Eastern Caribbean state and has formed a more limited union with three other like-minded islands – Dominica, Grenada and St Vincent.

Did you know?
• A volcanic island, St Lucia’s highest point is Mount Gimie at 950m (3,116ft) above sea level.
• The biggest cultural event of the year is the St Lucia Jazz Festival held in May.
• Soufriere Volcano is the world’s only drive-in volcano.

St Lucians are friendly and hospitable and encourage visitors to relax and enjoy their leisurely lifestyle. The traditional dress of the madras and foulards are not often seen in towns, but are sometimes worn at festivals such as the Feast of St Rose of Lima in August. Casual wear is acceptable, although some hotels and restaurants encourage guests to dress for dinner. Beachwear should not be worn in towns. It is an offence for anyone, including children, to dress in camouflage clothing. Certain homosexual acts are against the law.

English is the official language but French patois is widely spoken.