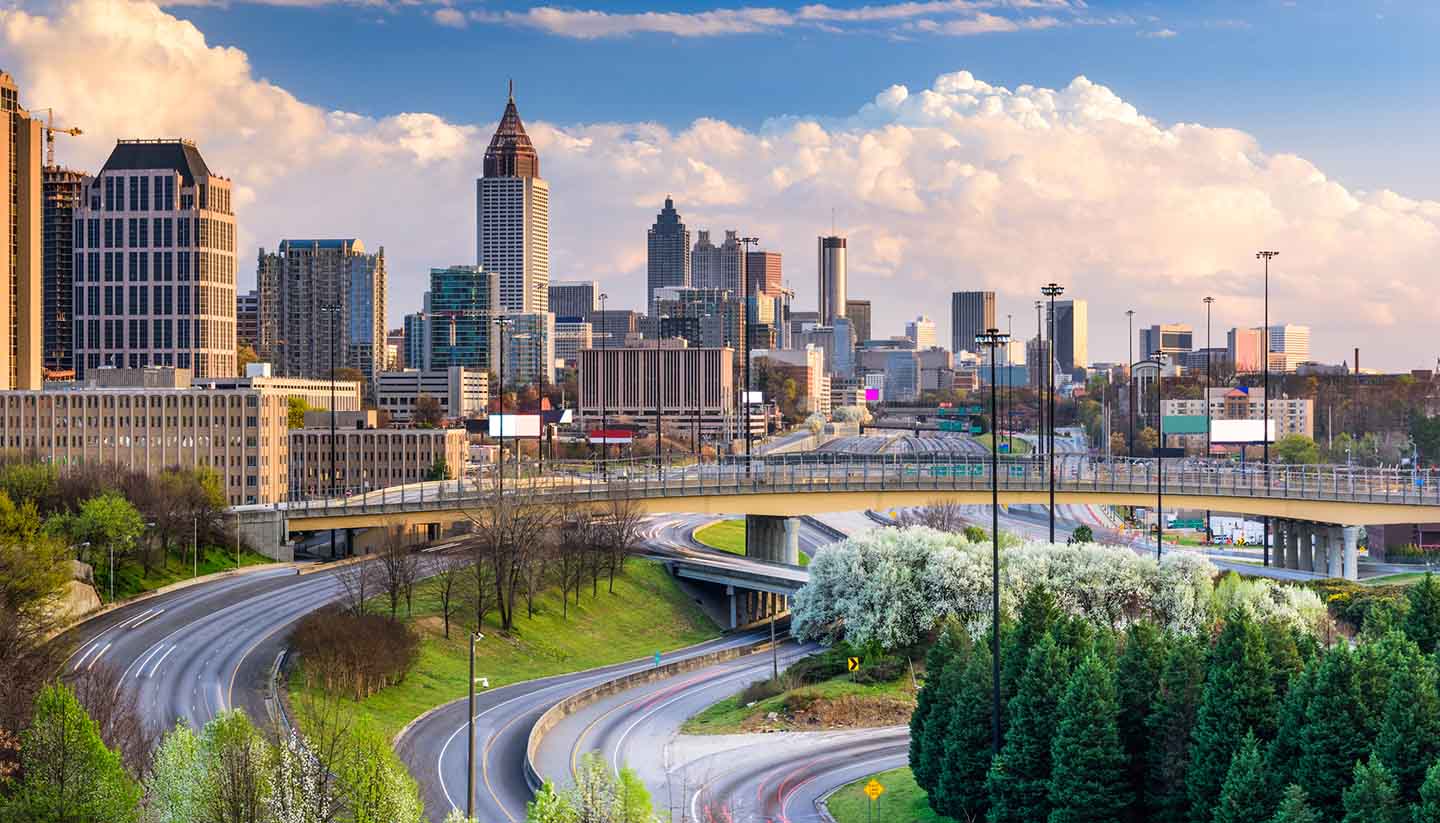 What is now the booming metropolis of Atlanta began as a modest railroad town in southern USA. Georgia chose to build a railway to the Midwest in the early 1830s, and where the Zero Mile Post was driven into the ground, Atlanta was established and it became the rail hub for the southern United States.

By 1861, Atlanta was also a manufacturing centre and supply depot, making it a major target in the American Civil War. Union General William Sherman’s troops burned much of the city to the ground, before embarking on his infamous March to the Sea.

The city quickly recovered and rose from the ashes giving the city its symbol, the phoenix. Only four years after the fire, Atlanta was established as Georgia’s new state capital and it continued to remain a key rail hub.

Atlanta went “dry” in 1886, and later that year, local Jacobs’ Pharmacy began selling a new soft drink instead. The beverage, called Coca-Cola, developed into an American icon and The Coco-Cola Company, incorporated in 1892, has been headquartered in Atlanta ever since.

In the late 19th century, elite black colleges were founded and a wealthy middle and upper class emerged among the city’s black population. By the early 20th century, "Sweet" Auburn Avenue was called the most prosperous African-American street in the nation.

But disenfranchisement and racial tensions triggered the Atlanta Race Riot in 1906, which led to the deaths of an estimated 27 people; all but two were black. The Jim Crow laws were passed soon after, segregating blacks from whites in public facilities.

Discrimination was rife for decades but in the mid 1950s sit-ins and boycotts ushered in a new era of the Civil Rights Movement headed by Atlanta-born Martin Luther King Jr. The city was desegregated throughout the 1960s and 70s.

Recovered from its troubled past, Atlanta’s leaders pulled together in a successful bid to host the 1996 Summer Olympic Games. The city updated its parks, transportation, and sporting facilities in preparation. The US brought home the most medals during the Olympics, beating second place Russia by nearly 40.

Did you know?
• The city got its current name from railroad engineer J. Edgar Thompson. It’s thought to be a shortened version of “Atlantica-Pacifica.”
• The city's Hartsfield-Jackson Atlanta International Airport is the world’s busiest airport with a terminal spanning 45 football fields.
• It's purported that Atlanta-born Margaret Mitchell wrote Gone with the Wind to stave off boredom following an ankle injury which kept her from walking.

This 73-storey, glass cylinder skyscraper hotel defines Atlanta's skyline. A five-storey lobby atrium and a thin glass elevator that inches up the building's exterior are just as sleek. Pie-shaped rooms are outfitted in natural hues and dark woods. On the 73rd floor is the multi-levelled, revolving Sun Dial Restaurant and Bar.

In a landmark building on Peachtree Street, this chic boutique hotel has elegant rooms and is a short walk from top attractions such as the CNN Studio Tours. Unique features include a private-access women's only floor, whose rooms come with luxury Gilchrist & Soames toiletries. Enjoy organic farm-to-table dining at the Terrace Bistro.

A part of Atlanta's history, the hotel's Grand Ballroom hostedGone With The Wind's movie premiere gala in 1939. Now, a tall glass atrium rises above the lobby where author Margaret Mitchell, in 1935, hesitantly handed over her original manuscript to her future editor. The hotel's terrace is a good spot for a cocktail overlooking the historic Fox Theatre.

A grand staircase in the soaring lobby underscores the opulence of this luxurious property that occupies part of a 50-storey skyscraper. This hotel has all the trappings of luxury: formal but elegantly appointed rooms, a spa with 10 treatment rooms, an indoor saline lap pool, a top-of-the-range fitness centre and a lounge and terrace overlooking the lobby's dramatic atrium.

Located in the northern business district near the I-285, known as 'The Perimeter' to Atlantans, the hotel is easily accessible via the city's main highways. Friendly staff, the large open lobby and breakfast bar area, plus oversized rooms and a sizeable outdoor pool make it a popular low-budget stop.