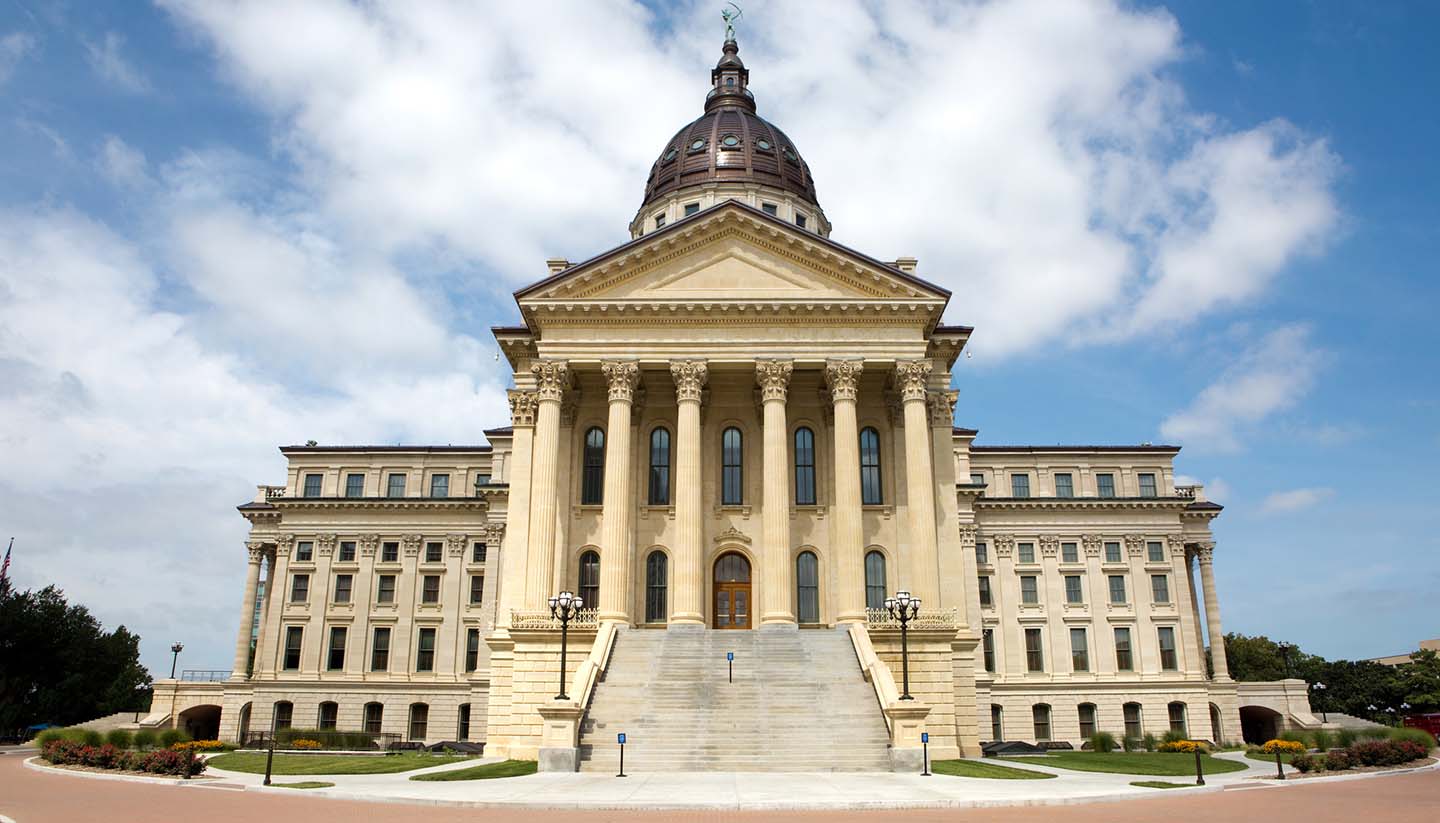 This state became part of the US in 1803, when the French sold mass amounts of land to the US in the Louisiana Purchase. However, the area remained largely uninhabited until the 1820s, when travellers along the Santa Fe Trail (which ran across the state) set up trading posts and Fort Leavenworth.

Despite small posts and settlements, Kansas was closed to settlers through the better part of the 1800s. The US government declared the region Indian Territory, where they resettled Native American tribes from several states across the region.

The Kansas-Nebraska Act was passed in 1854, creating the Nebraska and Kansas Territories out of the previously undefined land. With the debate over slavery already harshly under way in the states, Northerners and Southerners heatedly debated whether Kansas would be a slave state. Pro-slavery Missourians flocked to Kansas over the southern border in the early 1850s, and led to the period known as “Bleeding Kansas,” a violent era between pro- and anti-slavery advocates.

Kansas became a state in 1861, just in time for the start of the Civil War. After the period of “Bleeding Kansas,” the state’s anti-slavery advocates had won, and the state joined the Union during the war and contributed to the war effort with willing troops.

Many settlers went to Kansas for new farming ventures, but their hopes were dashed after surveying the state’s terrain. Exacerbated by bad agricultural practices and drought, the state’s dry soil led to many dust storms, giving rise to the Dust Bowl era which began in the 1930s and temporarily wiped out farming completely in the state.

Once the Dust Bowl era ended, Kansas was able to produce large quantities of grain to support war efforts in WWII. Wichita, the state’s modern capital, also became a centre for aviation production during the war.

Today, Kansas’s agricultural problems are a thing of the past, and the state is one of the main producers of wheat and other grains in the US. It also ranks highly in oil and natural gas production, making it a vital contributor to the US economic success.

An overwhelming proportion of Kansas’s population is Christian, with Protestant denominations like Methodist and Baptist making up the largest portion. They are closely followed by Roman Catholicism, non-religious groups, and Judaism.

Like other regions of the Midwest, Kansas is famed for its generosity, hospitality, and courteousness. Not reciprocating the kind attitude of Kansans is highly rude.

In popular culture, Kansas is most recognized for being home to Dorothy in the beloved movie and book, The Wizard of Oz. The movie (1939), based on L. Frank Baum’s novel (1900) is famously known for Dorothy’s ruby slippers that are now housed in the Smithsonian museum in Washington, D.C.

English is Kansas’s official language and the most widely spoken language across the state. In recent years, however, a fairly large Spanish-speaking population has been growing in numbers.