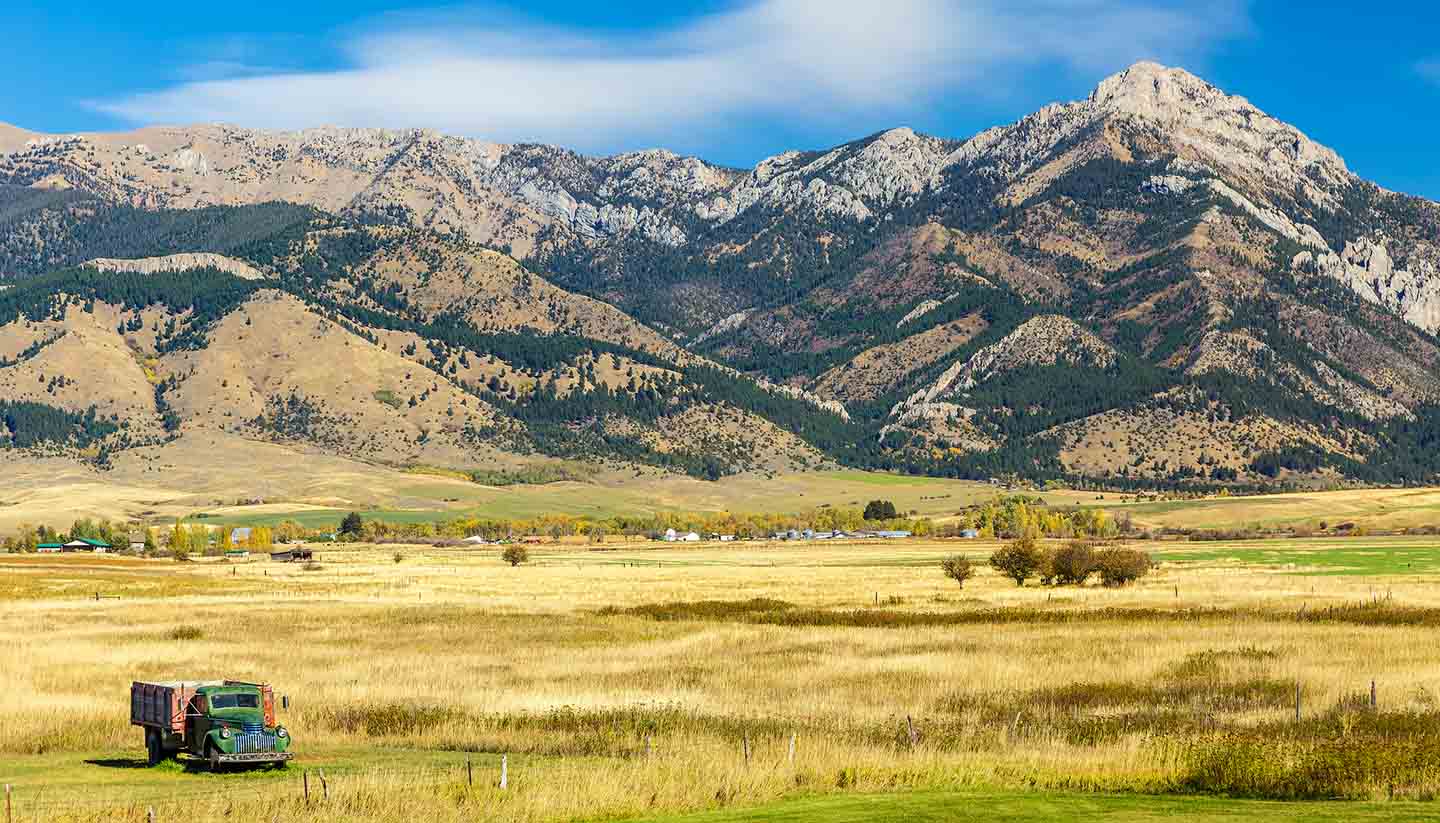 The US gained control of modern-day Montana in 1803, when the French sold the rights to the Louisiana Purchase to President Thomas Jefferson. The first large-scale European exploration of the area occurred shortly later, when the Lewis and Clark Expedition, headed by Meriwether Lewis and William Clark, set off from Missouri to explore the newly acquired land.

Missionaries from St. Louis travelled to Montana in the early 1840s and established the first permanent settlement, St. Mary’s Mission. Later in mid-1800s, gold was discovered in the area, and this prompted the US to adopt the area as the Montana Territory in 1864.

The railroad entered Montana in the 1880s, and brought with it a huge influx of settlement within the territory. Shortly after, in 1889, Montana was admitted as the 41st state in the USA. In the early 1900s, cattle farming and agriculture largely comprised the Montana economy; homesteaders from the Midwest flocked to Montana and the population greatly increased.

Later in the 20th century, copper, timber, coal, and oil became the foundations of Montana’s industry. Mining towns cropped up all over the state; the city of Butte is a long-lasting legacy of the mining era.

After WWI, Montana became home to the Montana Power Company, which owned and operated many dams across the state, many of which were on the Missouri River. Great Falls, named for its many waterfalls, also became a centre for hydropower.

Since the mid-1900s, Montana has become a popular tourist destination because of Yellowstone National Park, created in 1872. The park, partially located in Montana, is considered the first national park in the world, and is home to the famous attraction of Old Faithful, a geyser within the park’s boundaries which erupts every 60-90 minutes. Montana is also home to Glacier National park, which includes parts of two different mountain ranges and a well-preserved ecosystem.

Today, Montana has a booming economy, with ranching, mining, and lumber grounding the local economy. It is also a large tourist destination, not only for its national parks, but also the plethora of ski resorts located within the state; Big Sky and Whitefish are among the most recognisable names.

Collectively, Protestants make of the largest group in Montana, but the single largest denomination in the state is Roman Catholic. Other large groups include Lutheran and Mormon.

Montana has a large number of Native American reservations, which offer a wonderful and unique opportunity to learn about the different culture and customs. However, be careful to not use any politically incorrect terms or slurs, even in a joking matter; they will be taken offensively and are considered highly rude.

Though not in the Midwest, the midwestern attitude carries over into Montana residents; famed for their generosity, hospitality, and courteousness, Montana residents will find you rude if you do not reciprocate their kindness.

English was declared the official state language in 1995. It is the most widely spoken and used language throughout the state. The state also has small Spanish, German, and Native American speaking populations, along with very small populations of other minority language speaking groups.