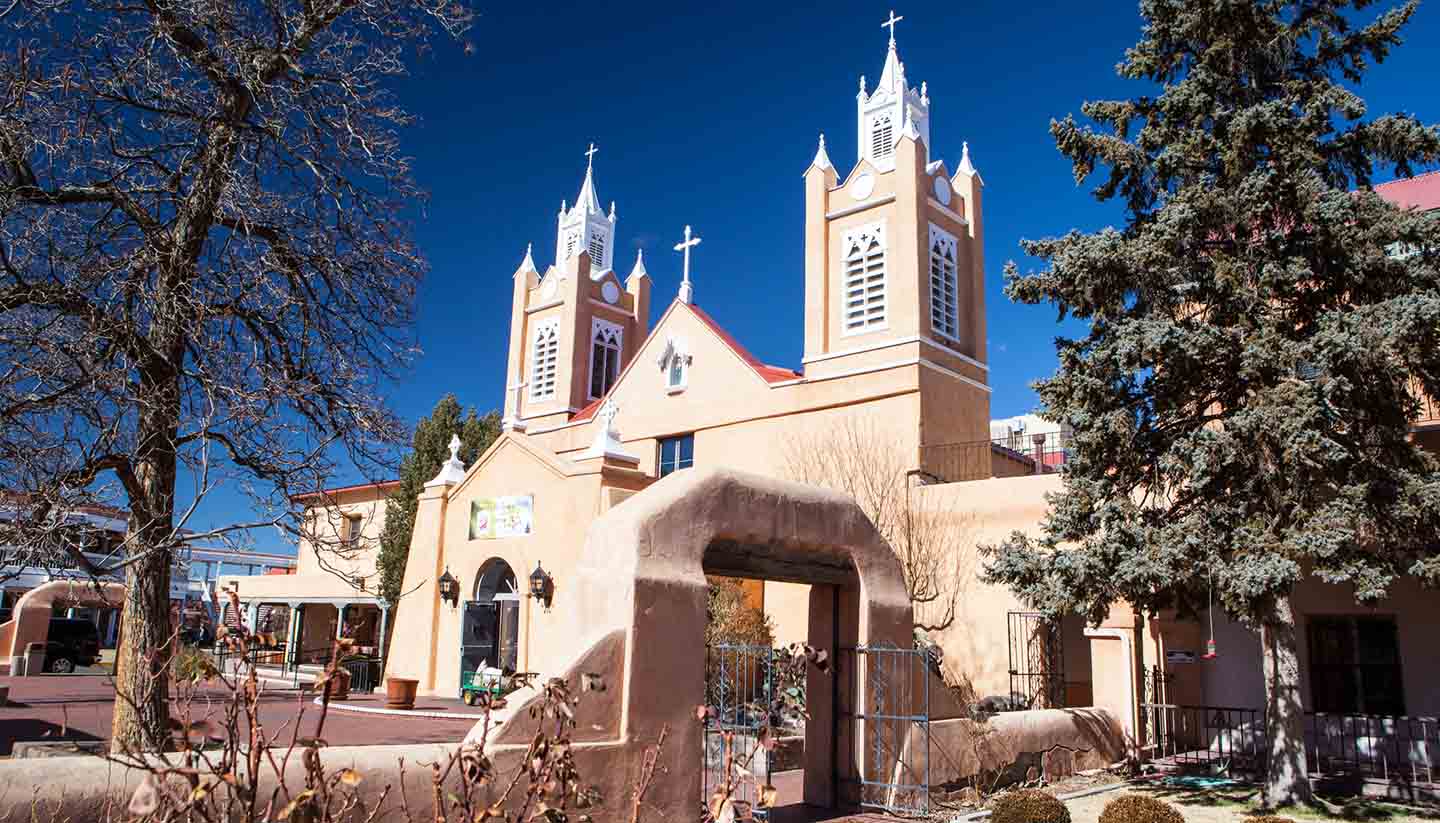 Things to see and do in New Mexico

Descend 250m (830ft) into the Carlsbad Caverns down a steep, slippery path, and explore the many chambers and passages. Over 300 known caves have been discovered since the world-famous caverns were explored in 1922 (www.nps.gov/cave).

Launch high into the air above Albuquerque on wild thrill rides at Cliff's Amusement Park (www.cliffs.net).

Explore history at the Coronado State Monument (www.nmmonuments.org), where Spanish explorer Coronado and his men stayed while searching for the seven cities of gold.

Visit the largest Indian reservation in the United States, now home for the Navajo. The Navajo are noted for their beautiful silver and turquoise jewellery, sand paintings and other crafts (www.discovernavajo.com).

Tour the southwestern town of Santa Fe, the 'City of the Holy Faith', with its adobe-style buildings and quaint town square filled with galleries, Native American crafts and jewellery. The oldest and highest capital in the country, it boasts more than 150 art galleries.

Travel the Santa Fe Trail (www.nps.gov/safe) and visit the San Miguel Mission, one of the oldest churches in the country, and Loretto Chapel (www.lorettochapel.com), with its 'Miraculous Stairway', so called because elements of its design baffle experts to this day.

Ski and snowboard fresh powder snow at one of the nine major skiing areas in the state. The high mountains and dry air make for great downhill and cross-country skiing (www.skinewmexico.com).

Rediscover the Old West in Taos at the home of 19th-century scout, Kit Carson. When Carson's brother-in-law and governor of New Mexico Territory was murdered in a nearby house, the governor's wife and children escaped by digging through the wall of their adobe home using kitchen utensils.

Enjoy the Traditions Festival Marketplace (www.traditionsnewmexico.com), dedicated to selling products and services made in New Mexico. Performances and exhibitions in the outdoor plaza and gazebo showcase New Mexico culture.

Cast your line in the Animas and San Juan rivers known to provide some of the best trout fishing in the nation.

Go white-water rafting on the wild rapids of the Rio Grande or calmer waters of the dam-controlled Rio Chama rivers.