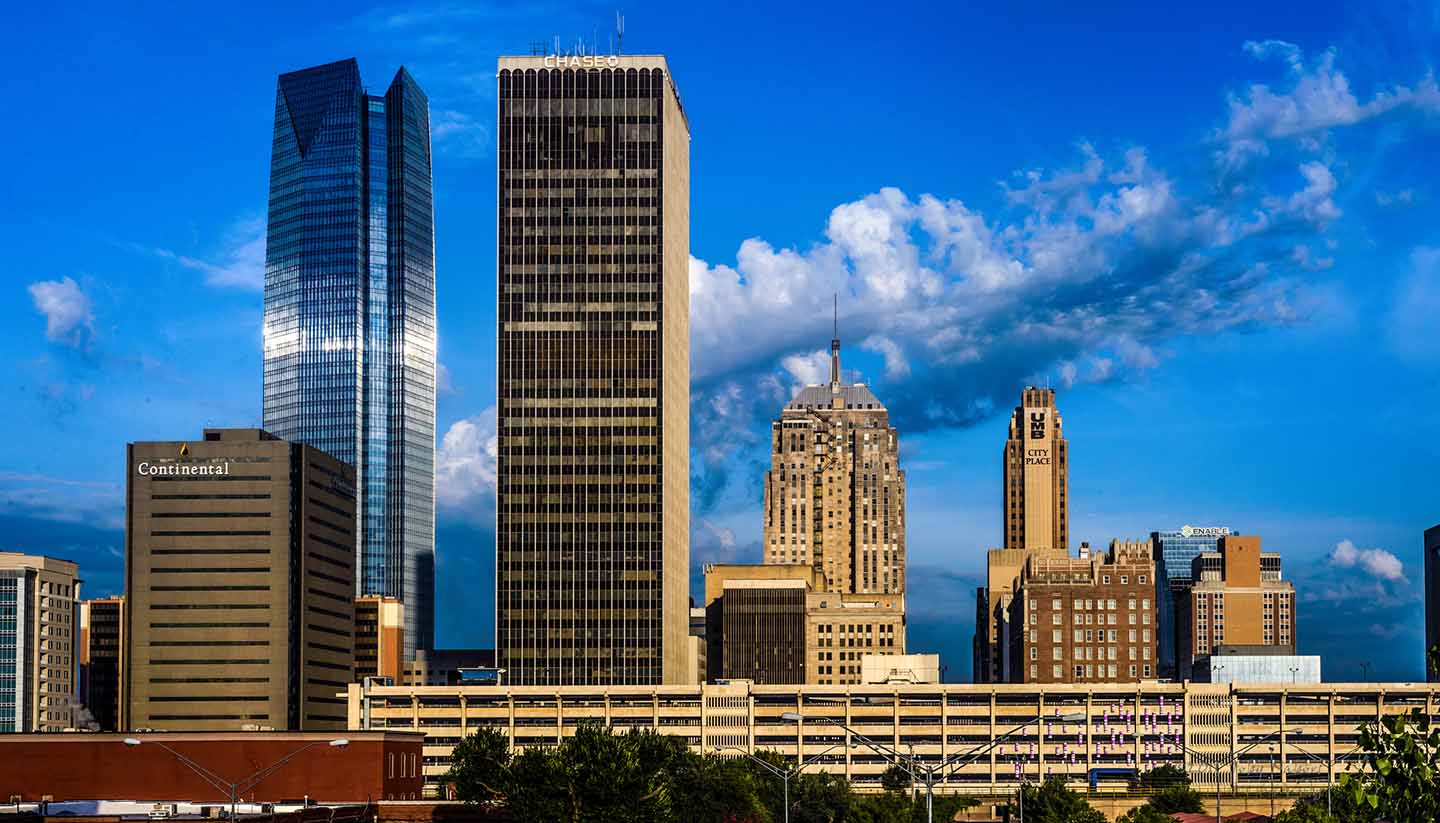 the IDs5094Oklahoma City Will Rogers World Airport
Places in Oklahoma

Originally home to Native American cultures, the first European activity in Oklahoma started with the French, who occupied the Louisiana Territory mostly from 1683 to 1803 until the Louisiana Purchase of 1803. In 1819, portions of the American West, including the Oklahoma Panhandle (the westernmost region), were given to the Spanish in exchange for Florida. From 1836 to 1845 the Republic of Texas was its own country after the Texas Revolution with Mexico, but when Texas entered statehood in 1845 it ceded land which included parts of present-day Oklahoma. To the west, the Oklahoma Panhandle became a “no-man’s land” as it did not fall within the provisions of a free state.

Native American nations east of the Mississippi River relocated to what is now known as Indian Territory. This was a result of President Andrew Jackson’s Indian Removal Act of 1830. The famous “Trail of Tears” is associated with the Choctaw nation, the first out of five Native American groups forced to move onto the territory.

During the Civil War the major tribes on Indian Territory formed alliances with the Confederacy. In the battle at Honey Springs, Union troops along with a minority of pro-Union Native Americans successfully invaded the territory, forcing many pro-Confederate Native Americans to seek refuge in the south. Cherokee Confederate General, Stand Watie, was the last to surrender in 1865.

In 1887 the Dawes Act was passed allowing the USA government to enter negotiations with the Native American nations to divide the territory for settlements. Three years later the Oklahoma Organic Act was passed ensuring the area as a USA territory on its way to statehood.

In 1902 the leaders of the five nations in the Indian Territory, created the Sequoyah Constitutional Convention, an attempt at securing statehood. Although ultimately unsuccessful, most of the convention’s constitution was used in a later petition for the entire area to become the state of Oklahoma. Five years after the Convention’s formation, Oklahoma became the 46th state in the USA.

During the 1930s, Oklahoma became subject to drought and combined with poor farming practices, and huge storms blowing away soil, the resulting conditions (known as the Dust Bowl) crippled the state’s agriculture, forcing many farmers to become migrant workers. This experience is immortalised in John Steinbeck’s The Grapes of Wrath.

By the mid-20th century, Oklahoma had recovered from the trials of the Depression and Dust Bowl conditions, and industry was on the up, particularly in the sectors of oil and gas, and agriculture. In 1995 Oklahoma made the news worldwide when a Gulf War veteran carried out the Oklahoma City Bombing that killed 168 people.

Evangelical Protestants, especially the Southern Baptist Convention, are the majority in Oklahoma. Other groups include the Assemblies of God and the Churches of Christ. Roman Catholic, Muslim and Jewish denominations are small, but also present in Oklahoma.

Most Oklahomans come from Native American, English, Scotch-Irish and German backgrounds, and so the state has an array of languages – many of which are considered endangered. Oklahoma has been recognised for its generosity, but has experienced stereotypes. The most famous stereotype is seen in The Grapes of Wrath in which the “Okies” are associated with being poor and uneducated. Contrary to the negative connotations, today Oklahomans use “Okie” in a positive way.

English is spoken throughout the state but due to the Native American heritage of the area, high density of indigenous languages such as Apache, Cherokee and Choctaw are spoken.