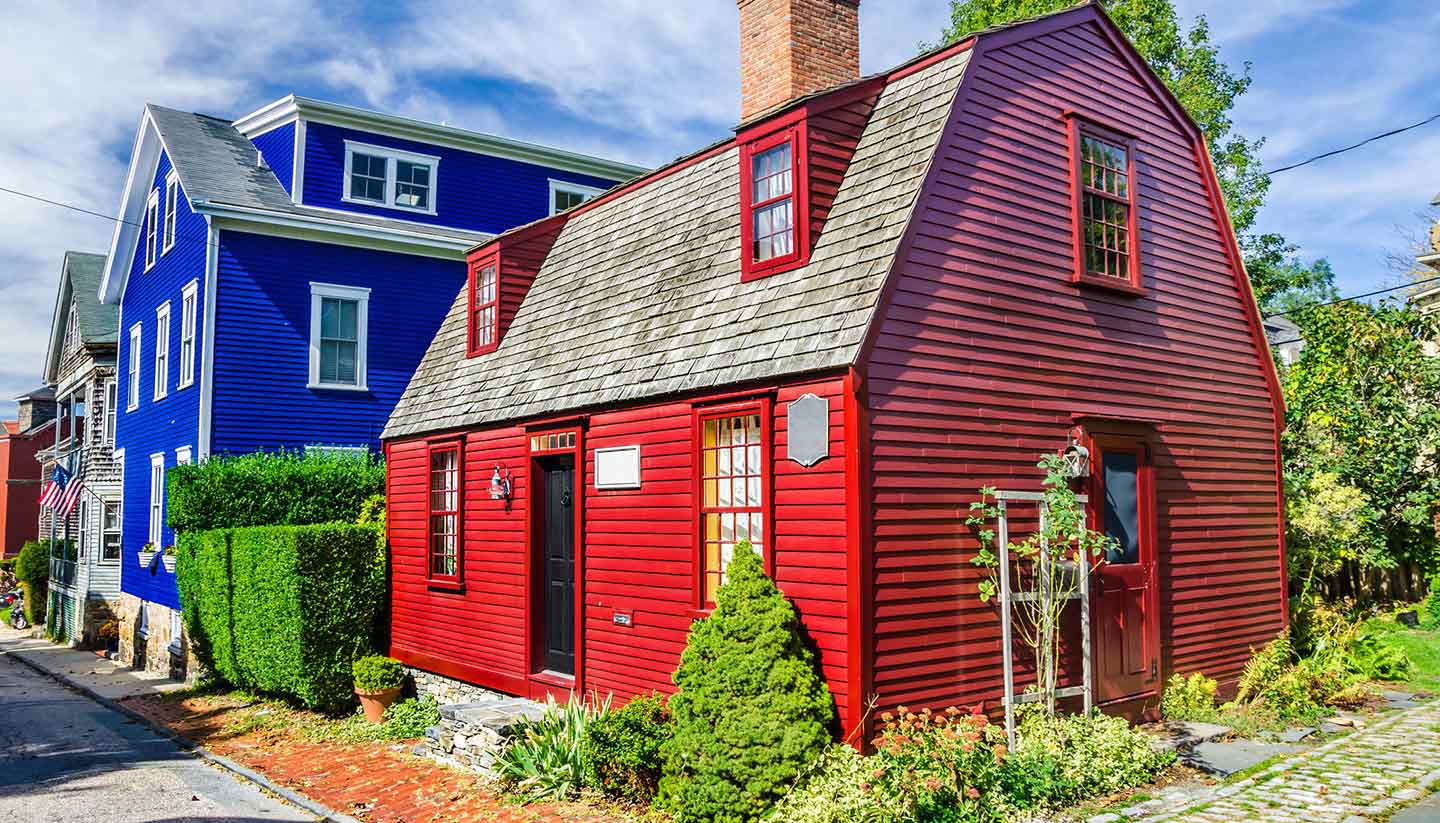 Rhode Island was first inhabited by Native Americans of the Wampanoag, Narragansett and Ninantic tribes, but the indigenous population started declining through contracted diseases and warfare when the French began to arrive in the area in 1618.

In 1636, Roger Williams, an English Protestant theologian who had been exiled from Massachusetts Bay Colony for his religious beliefs, started the first permanent white settlement in the Narragansett Bay naming it ‘Providence’, and turning into a place of refuge for religious minorities. After him, many dissidents followed suit and started purchasing land from natives and settling in parts of Rhode Island. In 1644, the settlements of Providence, Newport, and Portsmouth united to become the ‘Colony of Rhode Island and Providence Plantations.’ The four towns were united by the ‘Royal Charter of 1663 which granted them a greater degree of self-government than any other colony in the New World.

Although there was an alliance between the settlers and the Narragansett Indians, tension grew between the two and by 1675 one of the most traumatic events in Rhode Island’s history occurred. King Philip’s War, named after the Wampanoag chief’s nickname of ‘King Philip’, broke out in Narragansett Bay when the Native American tribes attacked. Despite Rhode Island remaining neutral, many of its towns were burnt down and destroyed by the attacks.

Between the 17th and 18th centuries, Rhode Island was heavily involved in the slave trade. Although it passed the first abolition law in 1652, Rhode Island still housed one of the highest slave populations among the 13 colonies until the late 18th century when legislature passed a compromise measure for gradual emancipation of slaves.

Following this, industrial growth began in Rhode Island and in 1790 English immigrant Samuel Slater founded the first water-powered textile mill in America in Pawtucket. Because of the Industrial Revolution, the cities attracted more workers and large numbers of immigrants from Ireland creating a class who made up 60% of free white males that did not own land and could not vote.  In 1842, Rhode Island native Thomas Dorr drafted a liberal constitution to remedy the situation but was struck down by the conservative sitting governor. This lead to the Dorr Rebellion, a short lived insurrection, and later that year the constitution was modified, allowing any white male who owned land or could pay the $1 poll tax, to vote.

Over half of the population of Rhode Island is affiliated with a religion with 45% of these population being Catholic.

Although almost half of the population identifies as Catholic, the state is heavily Democratic and holds progressive views. The capital, Providence, is known as the 'creative capital' for its extensive educational resources and arts community.

The primary language spoken in Rhode Island is English with a northeastern American dialect. Because of its large immigrant population, more than 20% of the population speaks a language other than English, with most speaking Spanish.