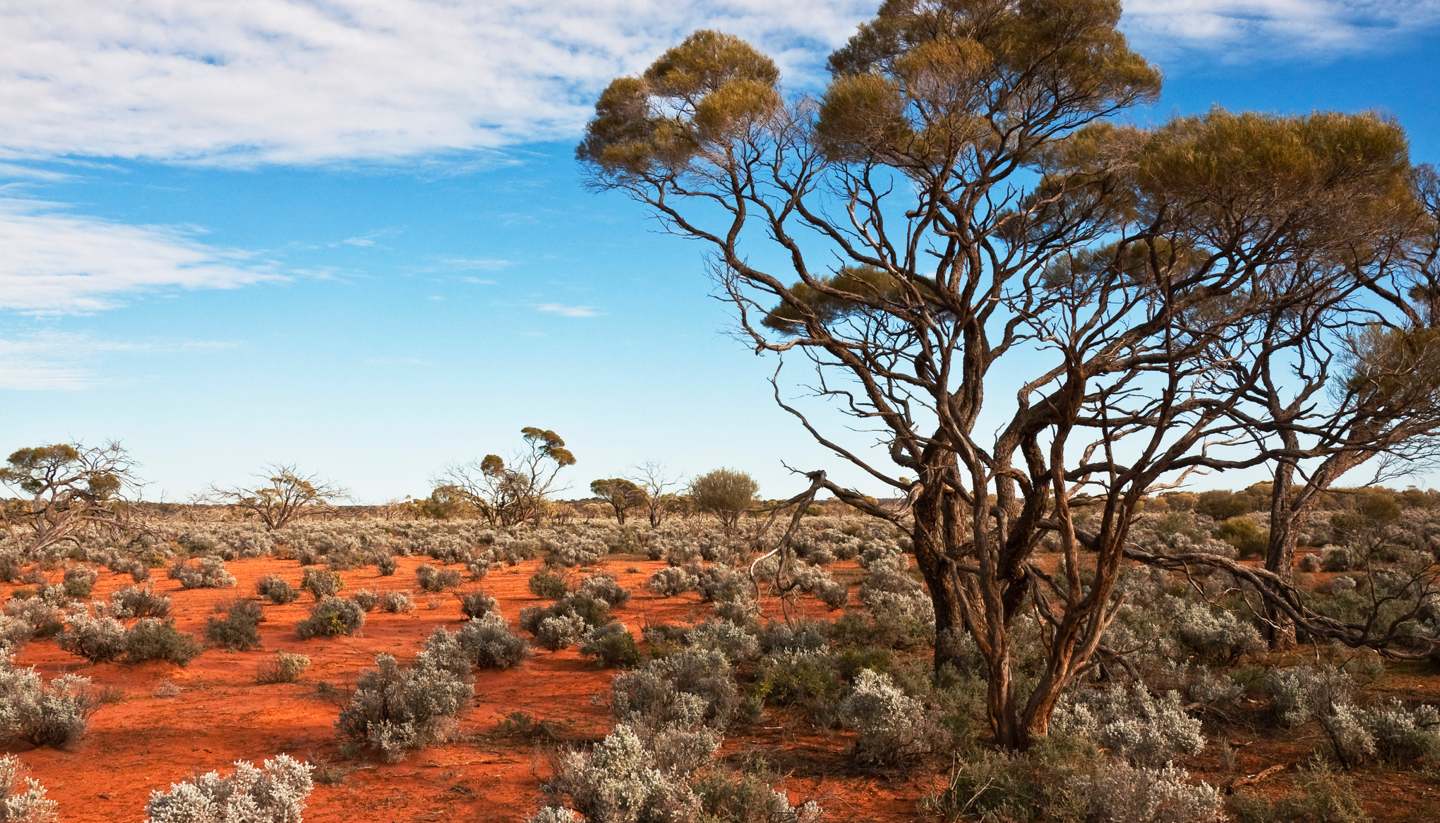 the IDs5516Darwin
Places in Northern Territory

It is thought that the history of the Northern Territory began when indigenous inhabitants occupied in the region some 60,000 years ago. It remains somewhere rich in Aboriginal heritage, and a fitting place to learn more about the traditional landowners' ancient and enigmatic culture.

The modern history, however, only began when George Goyder, the Surveyor-General of South Australia, established a small settlement at Port Darwin in 1869, which at that time was known as Palmerston. A year later, the first poles for the Australian Overland Telegraph Line (OTL) were erected – 3,200km (1,988 miles) in length, the OTL was a remarkable feat of engineering that provided communication links from Australia's south to its north – and, by consequence, to the outside world.

The OTL would not have been possible without the pioneering exploits of John McDouall Stuart, after whom the north-south Stuart Highway is now named. More fortuitous was the discovery of gold at Pine Creek by workers erecting pylons for the OTL, which led to a gold rush that saw more settlers descend on the Top End.

By 1911, having survived a cyclone and changed its name to Darwin (a nod to the fact that the HMS Beagle once laid anchor here), the outpost had become a small but efficient government centre. The Northern Territory gained a hard-earned reputation as a place of individual spirit, extreme weather and larger-than-life characters.

Darwin took a battering from Japanese air raids during WWII, and it was partly a sense of panic over possible invasion that then led to the construction of the aforementioned Stuart Highway, which connected Darwin to another settlement from the OTL era, Alice Springs, and on to South Australia.

The Territory went on to prosper in the decades after war, before Cyclone Tracy rolled in on Christmas Eve 1974 and reduced much of Darwin to rubble. Since then, however, strong links with Asia, a robust mining industry and a growing awareness of the region's super-sized tourism offering (where else can boast the likes of Uluru and Kakadu?) has given it much to be optimistic about.

Did you know?
• The Museum and Art Gallery of the Northern Territory still exhibits a 5.1m (16.7ft) saltwater crocodile caught in 1979. Its name? Sweetheart.
• The remote airfield just around the corner from the Daly Waters pub was Australia's first international airfield.
• On the lookout for aliens? Call in at Wycliffe Well on the Stuart Highway, self-billed as the UFO Capital of Australia.
• In WWII more bombs fell on Darwin than on Pearl Harbour.