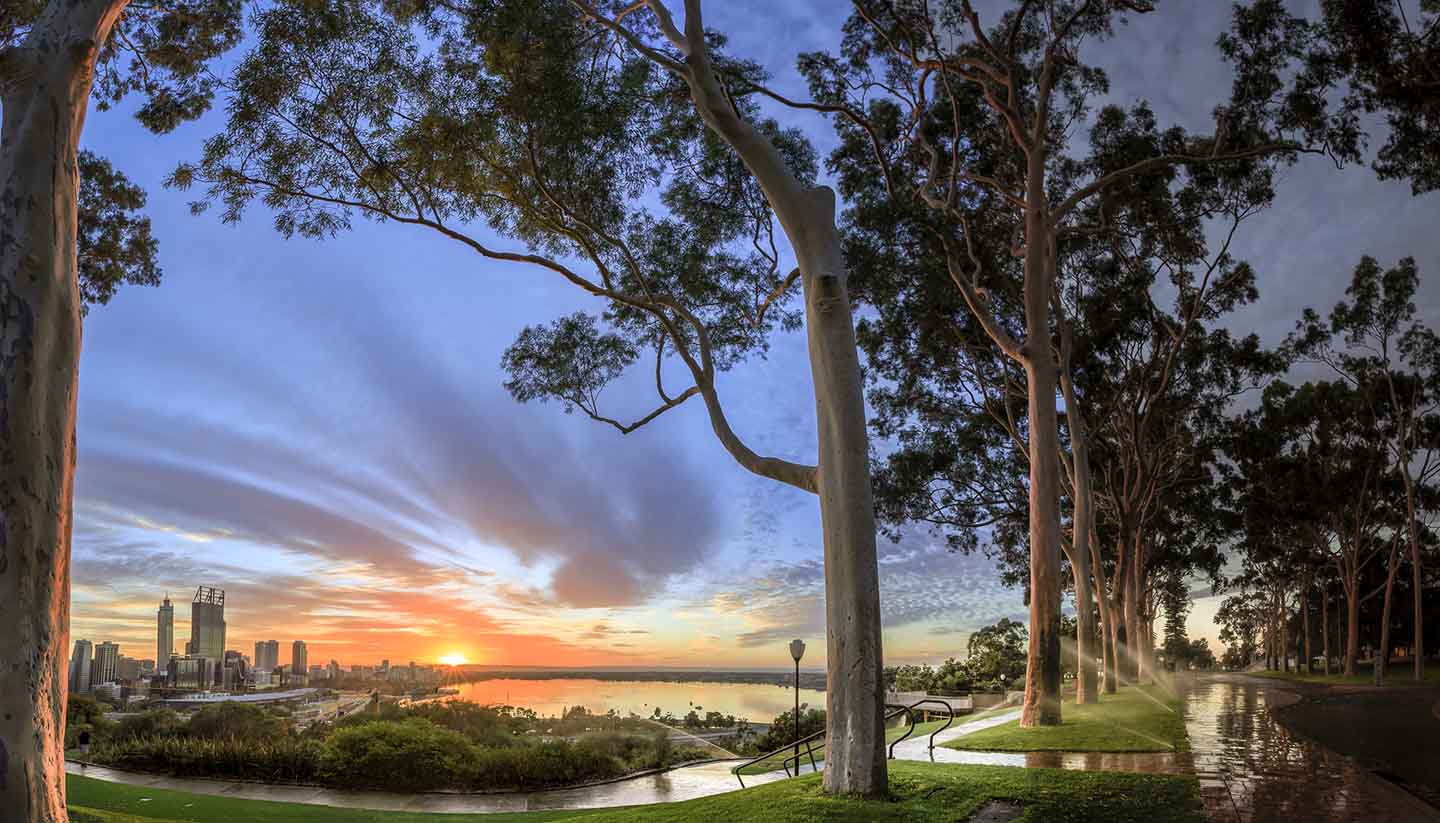 It uses a zone system for fares and allows passengers to transfer between bus, train and ferry services on a single ticket. Ticket-holders have two hours to complete a journey of one to four zones, and three hours for a journey of five zones or more.

Tourists, however, will get the most of the free Central Area Transit (CAT) buses that operate along three different routes around central Perth, as they pass many of the major sights.

If travelling outside of the CAT routes, you should consider buying the cost-effective SmartRider card, which allows you to tag card readers on entering and leaving buses, and train stations. The SmartRider, which works on buses, trains and ferries, and costs A$10, is available at stations, InfoCentres and newsagents and must be topped up with credit before use.

The integrated transport network runs from Two Points in the north to Mandurah in the south, and from Fremantle in the West to Wundowie in the east. Ferries operate between the City’s Barrack Street jetty across the Swan River to Mends Street jetty in South Perth.

Taxis can be booked by telephone, found at taxi ranks around the city or hailed on the street if the rooftop light is illuminated.

Traffic moves relatively quickly in central Perth, and thanks to well-planned major highways and grid-like road systems, driving here is a breeze. Be wary in very wet conditions though. Parking stations (marked by the standard blue P symbol) are scattered across the city.

Most major car hire companies have offices in Perth, including Avis (tel: +61 8 9237 0022; www.avis.com.au) and Hertz (tel: +61 8 9321 7777; www.hertz.com.au).
The minimum age for hiring a car is usually 21 years, though individual firms may rent cars to drivers as young as 19. Insurance is often not included in the price of hire. Drivers visiting from other countries must carry their overseas licence at all times. If the licence is not written in English, they must also carry an English translation or an International Driving Permit while driving.

An ideal cycling city, Perth is relatively flat and has many planned cycle routes that are fun to navigate. Bicycle helmets are compulsory.

Public bike-sharing schemes have recently grown in popularity in Perth. Urbi (urbi.bike) first implemented stations in 2016. Avid cyclists can also use the app Spotcycle (www.spotcycle.net) to find bikeshare stations from numerous companies in their area.