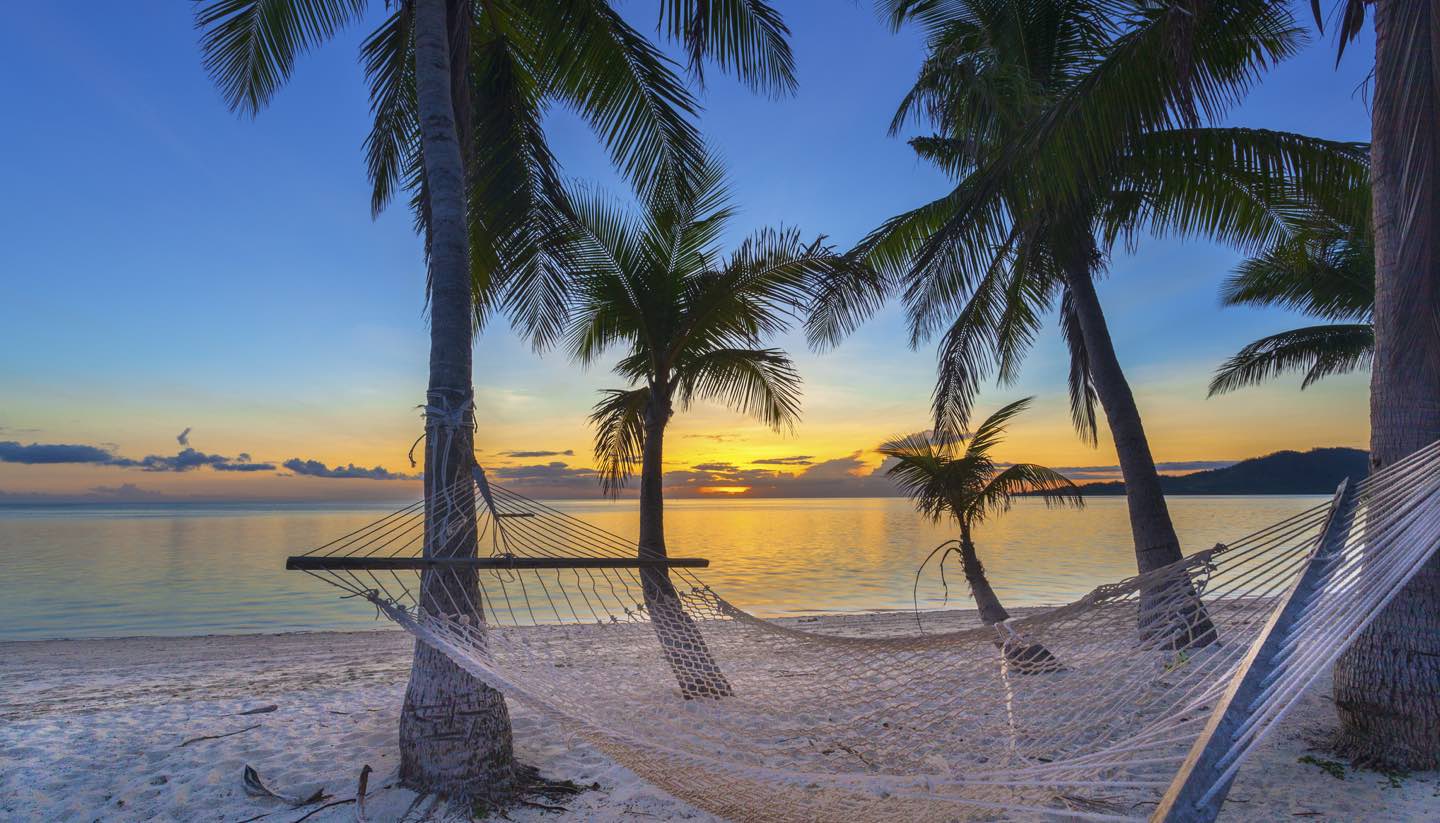 While most international flights to Fiji are focused on Nadi, many domestic air services to eastern Fiji fly into Suva's Nausori Airport.

Domestic carrier Fiji Link (www.fijiairways.com) operates shuttle services around the islands. The flight time from Nadi to Suva is approximately 30 minutes. Turtle Airways (www.turtleairways.com) operates a seaplane service to numerous resorts in the Mamanuca and Yasawa groups from Nadi. You can also charter a private plane for the day, which can transfer you between certain resorts and islands of your choice. Pacific Island Air is a good choice (www.pacificislandair.com).

Booking isn’t essential and flying is an easy (and relatively inexpensive) method of getting around all year.

There is no departure tax for domestic flights in Fiji.

The approximate driving time from Nadi to Suva is three hours 20 minutes. The main roads on Viti Levu follow the coast, linking the main centres.

Driving is a great way to explore Fiji and there is a relatively good network of roads on the main three islands. Viti Levu has the majority of the sealed highways. Main roads are paved. Keep an eye out for potholes and bumps while driving through more rural areas. Beware of livestock on the roads as they wander freely during the night, although it is best to avoid driving during the night altogether. When driving past villages, drivers are advised to slow down as locals use the roads as footpaths.

Car hire in Fiji is available through several international companies; international car hire companies like Avis, Budget and Europcar have a presence in Fiji. Car hire can be relatively expensive; 4-wheel drive (4WD) is recommended for islands other than Viti Levu. Limousines and chauffeurs are also available.

You can find taxis on Viti Levu, Vanua Levu, Taveuni and Ovalau. The bus stations in the main towns usually have taxi depots and there is often an oversupply of taxis vying for business. Unlike in Suva, the taxi drivers in Nadi, Lautoka and most rural areas don't use their meters. If the taxi does have a meter, ask the driver to switch it on – it will likely be significantly cheaper than a negotiated price.

Road travel can be dangerous as potholes, washouts and dilapidated bridges are commonplace. While there is rarely much traffic present, most vehicles run on diesel, which means pollution can be severe. Buses are the best choice, unless you are truly comfortable and capable of renting and driving a car on your own. Avoid travel at night, especially outside of urban areas as it can be more difficult to see a pedestrian or an animal.

Many locals drive small trucks (known as carriers) with a tarpaulin-covered frame on the back. These often have passenger seating and some run trips between Nadi and Suva. Minivans are also an increasingly common sight on the road. Popular with locals, they're also quicker and more expensive than a bus but much cheaper than a taxi.

Most resorts have their own boat transport, some have catamaran services. Government and local shipping companies operate passenger services linking the outer islands. Yachts and cabin cruisers are available for charter; enquire at the shipping agents, being sure to confirm all arrangements with the captain once the vessel is in port.