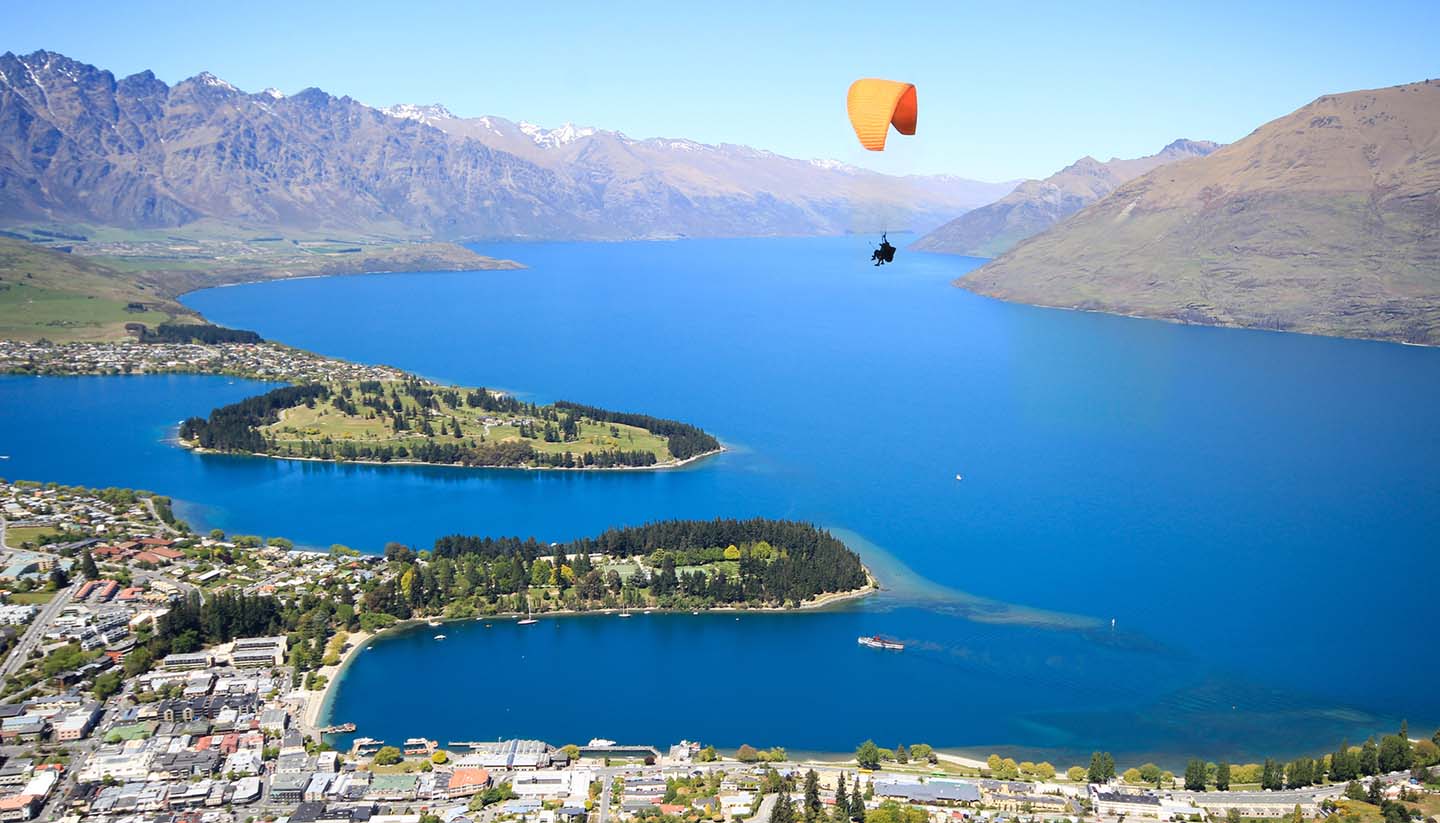 Queenstown owes its success to both gold and adrenaline rushes.

Maoris were the first to arrive in Queenstown on their quest for pounamu (greenstone) although there was no evidence of them permanently settling in the area.

The Maoris led the first Europeans to the region in 1853 but it was another seven years before two explorers, William Gilbert Rees and Nicholas von Tunzelmann, decide to establish farms here.

However, the discovery of gold two years later in the Arrow and Shotover rivers changed everything. A gold rush ensued.

The arrival of thousands of prospectors, including a significant number of Chinese miners, enabled Queenstown to develop rapidly and within a year, streets were constructed and buildings erected, while the population swelled to several thousand.

By 1900, the gold had dwindled, the miners moved on and the population fell to around 200. Queenstown became a sleepy rural town.

But thanks to the region’s scenic beauty, walking trails were established that created a fledgling tourism industry. During the summer, people would come to explore the famed Milford, Routeburn and Hollyford tracks, using Queenstown as an overnight stop.

Queenstown’s reputation as an adventure capital started with jet boating in 1958. White-water rafting followed in 1974 and, in 1988, AJ Hackett launched the world’s first commercial bungee jump at the 43m-high (120ft) Kawarau Bridge.

Today Queenstown attracts hundreds of thousands of adrenaline-seeking daredevils every year keen to sample everything from river surfing, parasailing and canyoning to abseiling, zip-lining, kite-skiing, zorbing and paragliding.

Tourist numbers have also been boosted by movie mania – the filming of The Lord of the Rings trilogy and The Hobbit movies by native New Zealander Peter Jackson in and around Queenstown have spawned umpteen tours.

Did you know?
• William Rees originally named the town ‘Camp’.
• The TSS Earnslaw steamship has been plying Lake Wakatipu since 1912, the same year Titanic set sail.
• The first US president to visit Queenstown was Bill Clinton in 1999.

The Dairy is a classy operation - formerly a corner store, this sumptuous guest house contains 13 intimate rooms, all kitted out with designer touches and a contemporary feel. Breakfasts and afternoon teas are a treat, and there are open fireplaces for those chilly evenings. Great packages are available for skiers in winter.

Established in 1867, Eichardt's has just five opulent suites all with roaring fires, luxurious bathrooms and lake views. Decor is a mixture of modern comfort and antique elegance. Guests can also enjoy the relaxing Parlour and comfortable House Bar. A great luxury Queenstown hotel if you want to splash out.

Located on the outskirts of Queenstown, the Evergreen Lodge has beautifully decorated contemporary rooms and panoramic views of the lake and the Remarkables. It's a great place to kick back and relax, dispensing with urban grit.

Within easy walking distance of the central area, this hotel enjoys a dramatic setting with panoramic lake and mountain views. Every sumptuously decorated room boasts a 40" LCD television with i-pod docking station, while there's a stylish bar, dining room and library featuring a stunning stone fireplace.

All 15 rooms are equipped with kitchen facilities, DVD, stereo and flat screen TVs. There's a 15m (45ft) outdoor swimming pool, spa pool, BBQ, grassed play area, guest laundry and drying room for skis. Best of all, it's a short walk into the centre of town.