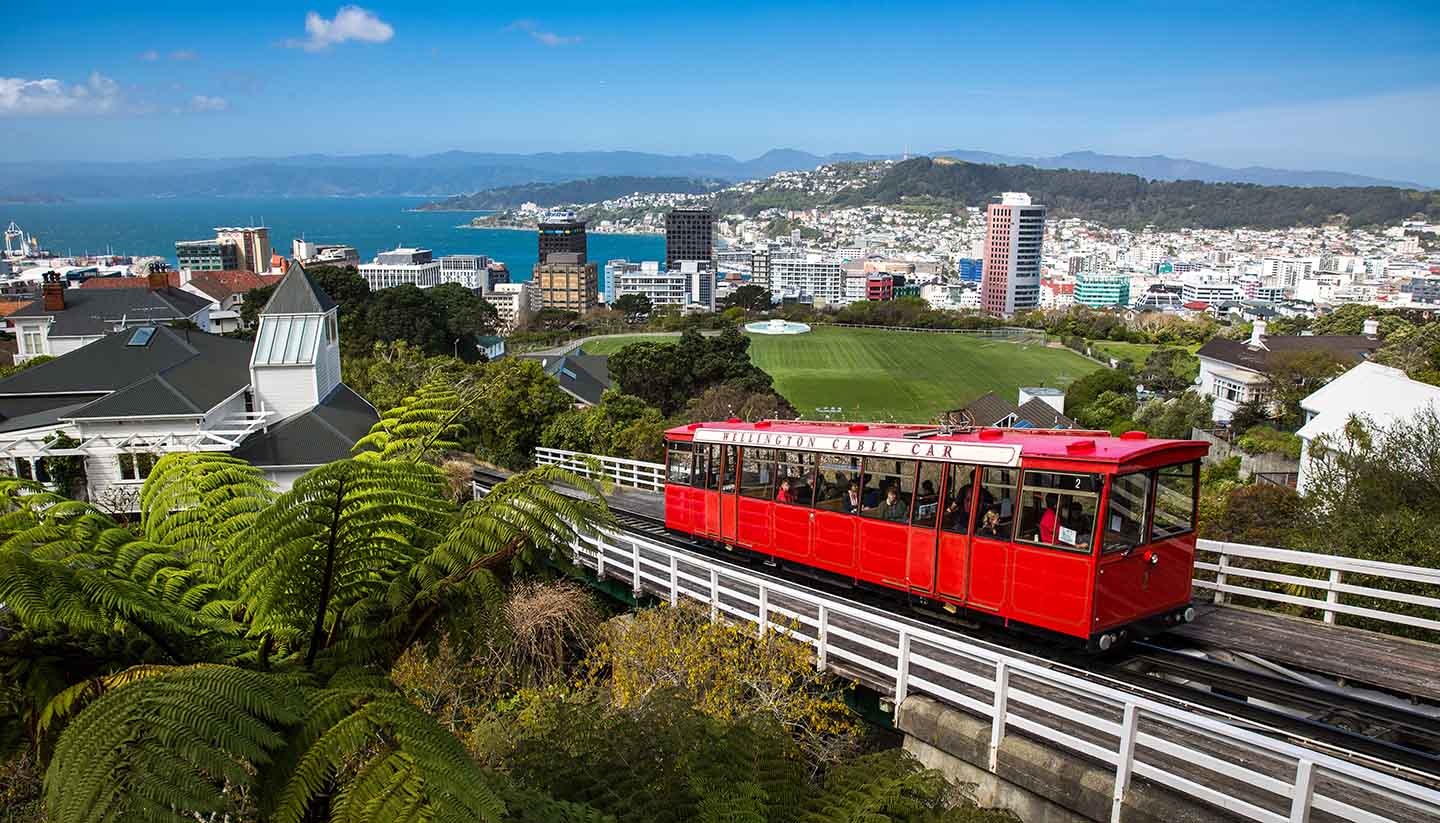 There are no direct flights from the UK to Wellington. Airlines offering through tickets include Air New Zealand, Emirates, British Airways and Qantas. The peak time to travel is during the New Zealand summer between December and March when flights are most expensive. You can usually find the cheapest fares to Wellington between mid-April and August. If flying from the west coast of the USA, you need to change planes in Auckland.

New Zealand is an ideal country to explore by car, as the scenery is spectacular. Most roads are State Highways ('SH'). All other roads are known, although not officially, as 'B' roads.

Traffic drives on the left. The minimum driving age is 16, although there are restrictions placed on drivers under 18. You need a valid national driving licence to drive in New Zealand for up to 12 months. Insurance is not mandatory but recommended.

The two main roads into the city are SH1 down the Kapiti coast from the north, and SH2 through the Hutt Valley to the east.

InterCity (tel: +64 4 385 0520; www.intercity.co.nz) runs coaches throughout New Zealand. Backpackers also use the Kiwi Experience (tel: +64 9 366 4286; www.kiwiexperience.com) which sells a variety of passes including accommodation in hostels.

Wellington Railway Station is located in the centre of the city, on Bunny Street. As well as being a point of departure for services to other key destinations in the country, it's also the base for Metlink suburban trains to outlying areas.

There's a range of rail routes from all major New Zealand cities, including KiwiRail's Northern Explorer service to Auckland, which departs three times a week via beautiful locations on the North Island.

Wellington is a major ferry port connection for services across the beautiful Cook Strait to Picton in the Marlborough Sounds on the South Island. The journey connects New Zealand's two islands and is scenic as well as practical. Wellington is also a major cruise terminal.

Interislander (tel: +64 4 498 3302, in New Zealand; www.interislander.co.nz) offers regular services from Picton to Wellington and back. The journey takes just over three hours.

Bluebridge (tel: +64 4 471 6188; www.bluebridge.co.nz) also provides services from Picton to the city. The route takes three and a half hours.

The Cambridge has been a Wellington establishment since 1883 - Queen Elizabeth herself stayed here in the 1960s. Overall, it offers great facilities at amazing prices. Located in the centre of Wellington, it is minutes from major attractions, fine dining, and great shopping. The Cambridge has rooms to suit all budgets, from backpacker dorms to en-suite doubles and all of the rooms come with SKY TV and a mini fridge.

In the heart of downtown Wellington, this lodge offering studios, and one- and two-bedroom apartments, is ideally located within easy walking distance of theatres, shops, bars and museums. Most of the 25 units have spa baths/showers, cook tops, queen-size beds and Sky TV. Off-street parking is available.