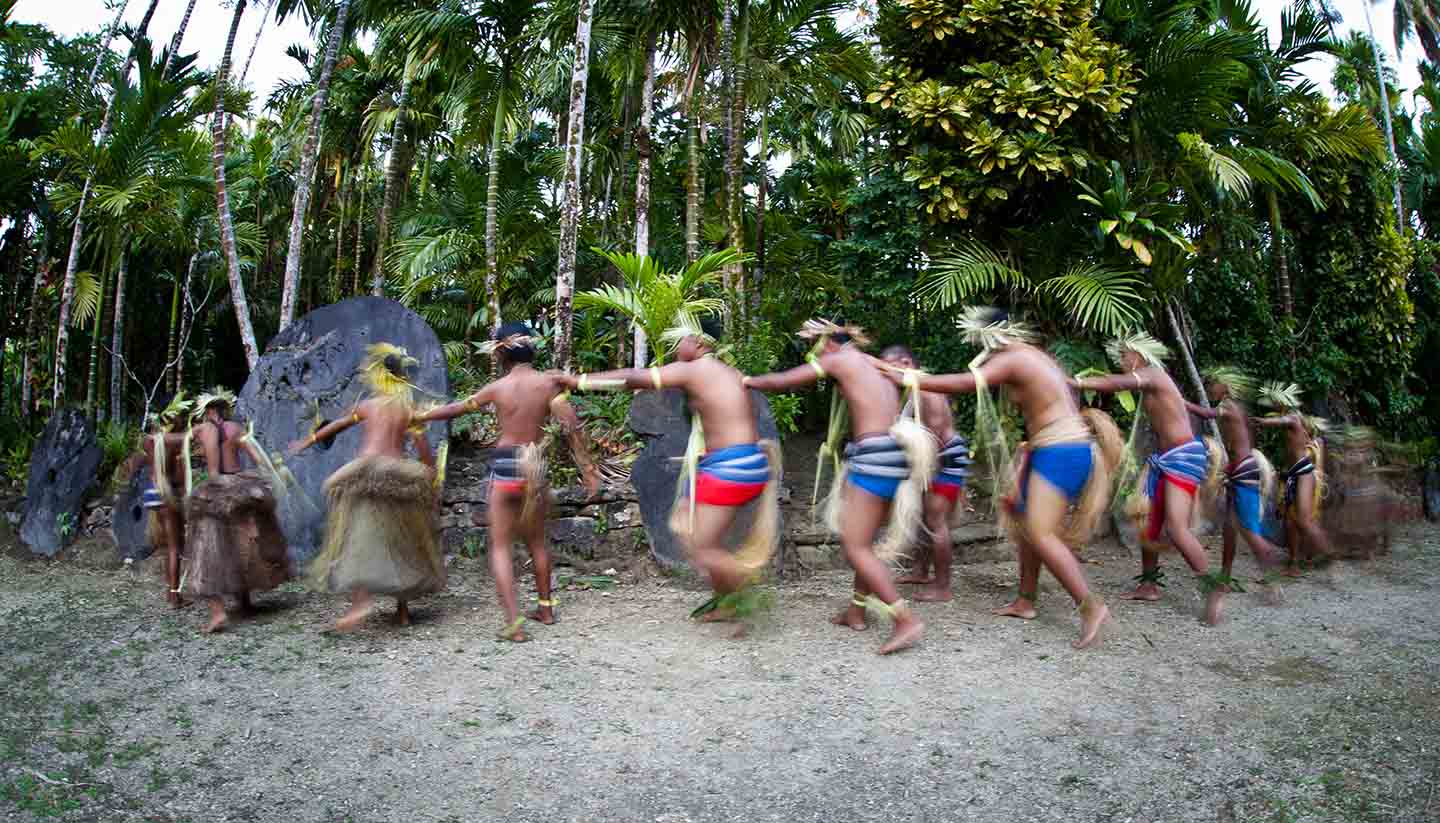 Things to see and do in Federated States Of Micronesia

Attractions in Federated States Of Micronesia

Explore Pohnpei's magnificent waterfalls and bathe in the plunge pools below. Two of the most beautiful are Kepirohi and Sahwartik. A 20-minute ride out of Kolonia is the Nanpil River and a large natural pool. On the same river are the spectacular Liduduhniap Twin Waterfalls.

Dive down to a whole fleet of shipwrecks

Dive at the unspoiled Ant Atoll, Pakin Atoll and Black Coral in Pohmpei State. The state of Chuuk contains famous Truk Lagoon, where a whole Japanese fleet was sunk during WWII. More than 50 wrecks can be seen, some in shallower waters suitable for snorkelers. The island of Yap sees schools of manta rays year round.

Hike to the summit of Sokehs Mountain

Tackle the moderately difficult hike up Sokehs Mountain, which offers breath-taking views of Sokehs rock and Kolonia harbour. As well as tropical vegetation and an abundance of birdlife, the trek along Japanese Road will reveal anti-aircraft guns, the remains of a power station and a searchlight platform atop the summit.

Eels play a prominent part in Pohnpei's mythological past, portrayed as both benevolent and as terrifying monsters. Visitors can make their own minds about them at the Pwudoi Sanctuary. See the large eels up close in the sanctuary's eel pool and watch the locals to handle the slippery creatures.

Settle down in your own shoreline paradise

When in paradise you have to hit the beach. Crowd-free bays with powder white sands and warm shimmering crystal seas are the norm in the Federated States of Micronia but the tree-hemmed shores around Kosrae stand out and the charming shores of Yap's Chamorro Bay should not be missed.

Spend a night on Black Coral Island. Situated in the lagoon behind Pohnpei's barrier reef, this small, sandy islet is untouched by the modern hand. Simple thatched huts offer shelter for those that chose to stay overnight, the barrier reef makes for fantastic snorkelling and sharp eyes will hope to spot an eagle ray.

Strike out with a baseball game

Watch islanders dabble in a game of baseball, which is an archipelago-wide passion. The sport became popular after US marines became based in Guam. There is a stadium in the centre of Yap, while baseball fields in Tofol and Guam boast a national team. Volleyball is also popular among islanders.

See the states' most important historical sites: the pretty German-built Catholic Bell Tower in Pohnpei; the Japanese Wartime Communication Centre at Xavier High School in Chuuk; and the ancient ruins of Insaru in Kosrae. Dating back to 1,300 AD, the ballast blocks were once an important city.

Located off the eastern shore of Pohnpei, Nan Madol is considered an ancient feat of engineering. The ruins are atop artificial islands intercut by a series of canals and have been set in place without pulleys, levers or other such modern techniques. Explore the remains of what were once bathhouses, temples and burial sites.

Visit the remains of Micronesia's colonial past

Today, the Spanish Wall acts as the outer boundary to a baseball pitch but they were originally the ramparts of the Fort Alphonso XII erected following a local uprising. A nod to the island's Spanish colonisation of the late 19th-century, the wall is one of only a few colonial sites that remain.