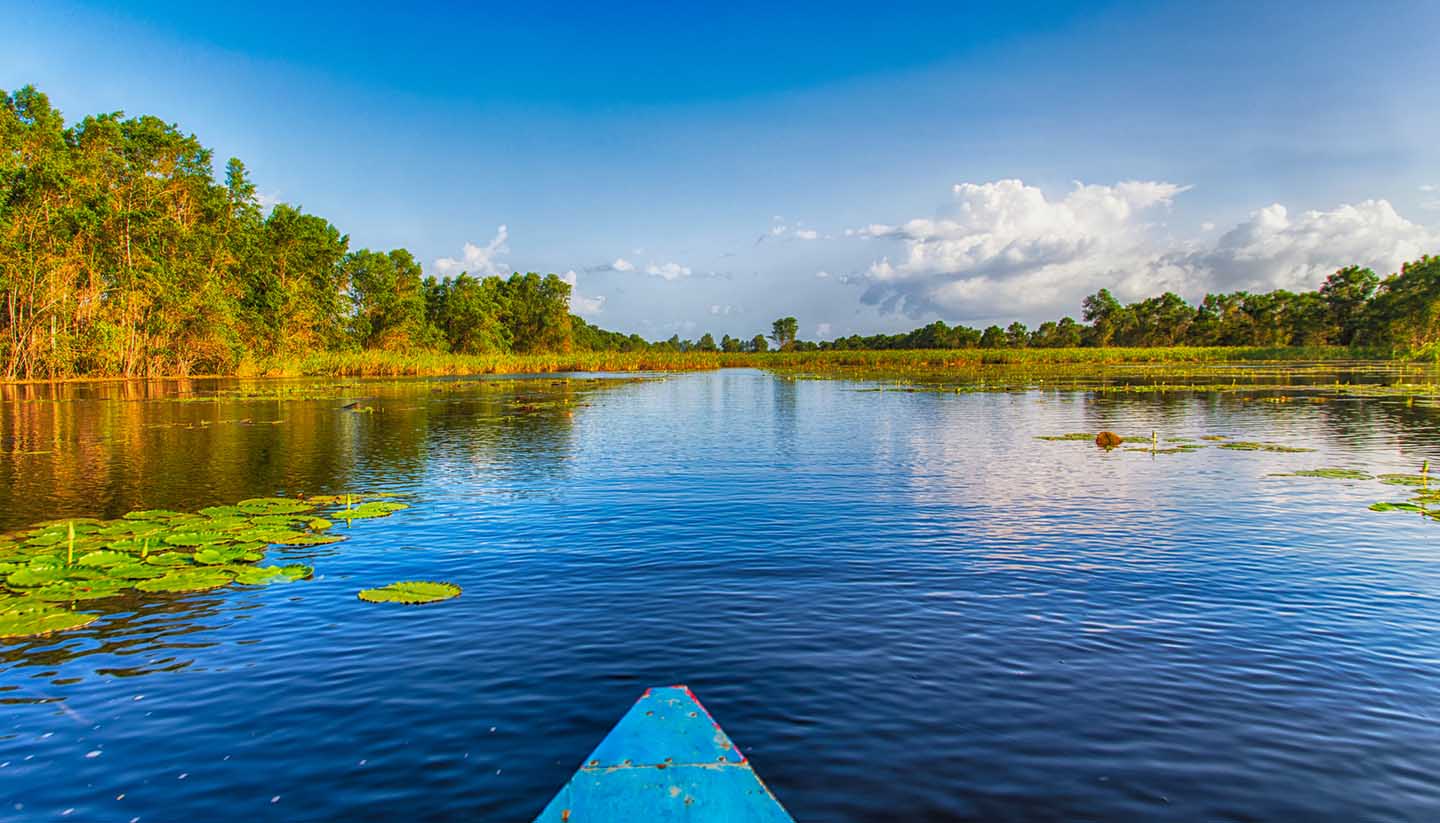 Tropical and humid, cooled by the northeast trade winds. The best time to visit is February to April (short dry season) and August to October (long dry season). The rainy seasons last from November to January and from May to July. Surinam lies outside the hurricane zone and the most extreme weather condition is the sibibusi (forest broom), a heavy rain shower.

Surinam is bordered to the north by the Atlantic Ocean, to the east by the Marowijne River (which forms the border with French Guiana), to the west by the Corantijn River (which forms the border with Guyana), and to the south by forests, savannahs and mountains, which separate it from Brazil. In the northern part of the country are coastal lowlands covered with mangrove swamps. Further inland runs a narrow strip of savannah land. To the south, the land becomes hilly and then mountainous, covered with dense tropical forest, and cut by numerous rivers and streams.