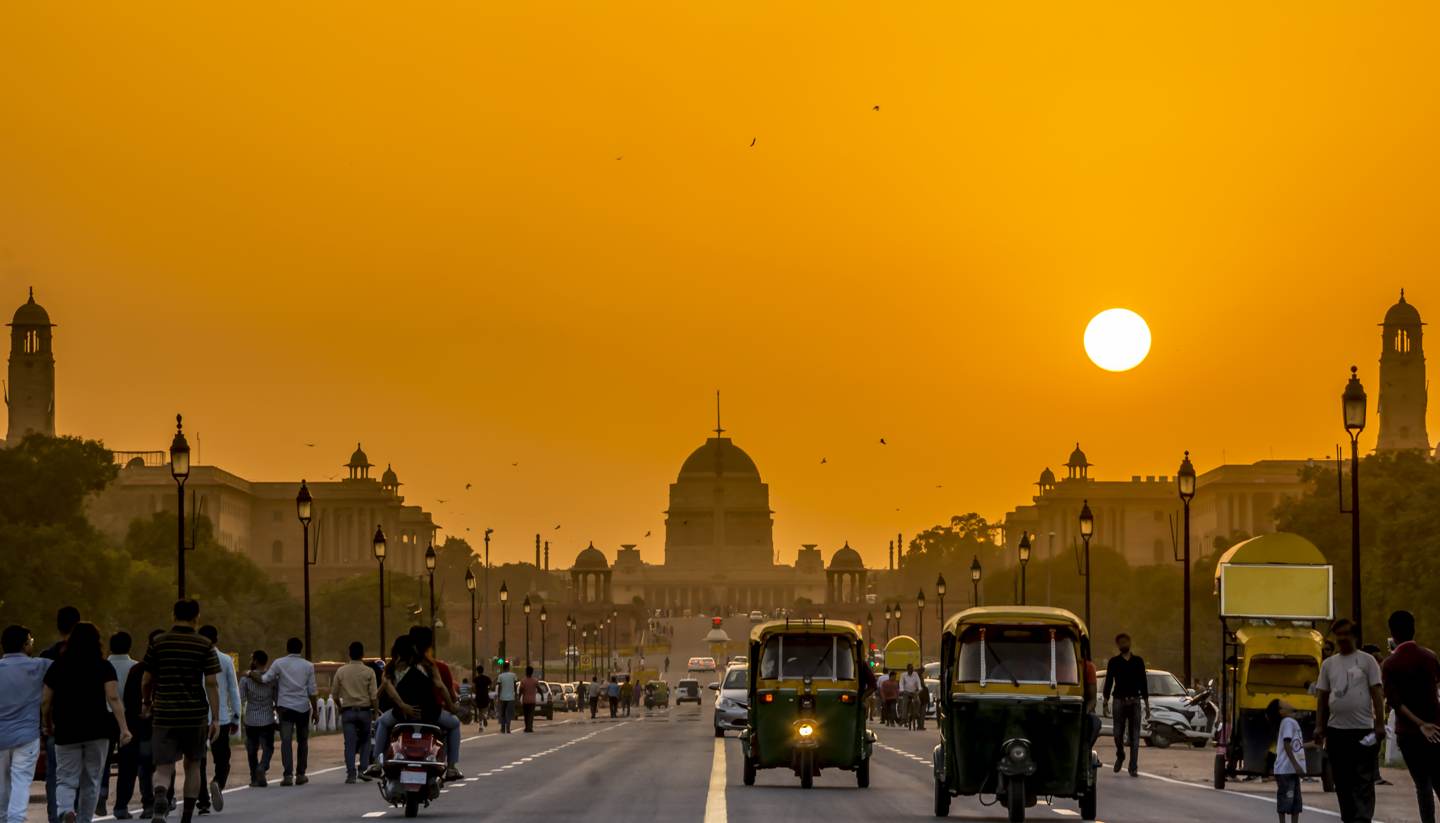 New Delhi is a city of contrasts, and can be bewildering for first-time visitors, as the sights, sounds, smells and sensations can go into overdrive

New Delhi, the capital of India, is a modern city dotted with forgotten temples and grand monuments built by ancient rulers and conquerors. It is often said that you can step through centuries just by crossing the street here. Of course, you can also expect the fun-loving and chaotic parts – streets jam-packed with cars, livestock living in the open, and locals eagerly sharing tips on where to go for the best street food.

Summer (April-September) starts early in New Delhi and lasts for a long period. During this time, the city is dusty and gets uncomfortably hot, around 40C, before the monsoon brings heavy rains and the occasional flood from July onwards.

Winter (December-January) is mild but sometimes gets the chilly winds from the Himalayas. Heavy fog also covers the city and reduces visibility.  The city celebrates Lohri (Punjabi festivity) on January 13 and Republic Day on January 26.

Spring (February-March) is marked by warm days and cool nights, another great season to visit Delhi.

Getting around New Delhi

New Delhi’s metro has six lines crisscrossing the city and serving the most important tourist areas. The best value for money option is to get the tourist card, available for one-day or three-day, and enjoy unlimited travel on its metro. For more information on auto-rickshaws, bicycle-rickshaw, taxis and car hire, visit the getting around New Delhi page. 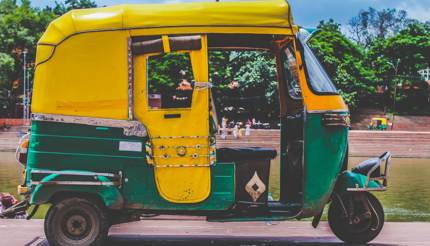 Swaminarayan Akshardham Temple
This stunning temple is located on the city fringes but is well worth the trip. More than 20,000 carvings of animals, people and Hindu deities adorn the main temple, and audio-visual displays in the surrounding pavilions bring Hindu legends to life.

Humayun’s Tomb
The most lavish of the city’s myriad Mughal monuments, the imposing tomb was built in 1570 with peaceful gardens dotted with tombs for dignitaries of the royal court, including the emperor’s favourite barber.

Red Fort
Ringed by an impregnable sandstone wall, the fort is a mere shadow of its former self and is definitely more dramatic outside than in. On Independence Day (15 August), the fort’s main gate, Lahori Gate, serves as the backdrop to the prime minister’s address to the nation.

Jama Masjid
The vast mosque is one of the largest mosques in India and one of the most remarkable buildings in the subcontinent. Decorated in bands of red sandstone and gleaming white marble, the main dome is flanked by two towering minarets. You can climb the 122 narrow steps in the southern tower for spectacular views over the tangled alleyways of Old Delhi.

For more ideas on must-see attractions, visit our things to see in New Delhi guide. 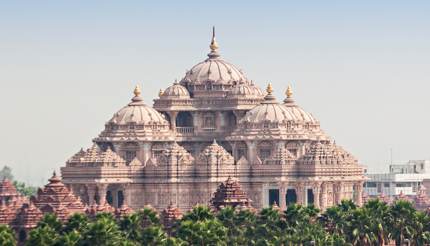 Lotus Temple
The graceful lotus-shaped Bahá’í temple is a remarkably spiritual place and you may choose to honour the divine in your own way. Photographs aren’t allowed inside the temple.

India Gate
Built in 1931, this war memorial commemorates the tens of thousands of Indian soldiers who died in WWI and the Afghan Wars. From the memorial arch, Rajpath runs west to the grand precincts of the Indian parliament, a glorious blend of British and Indian architectural styles.

While you’re in Delhi, you can also join an Indian dance workshop at Delhi Dance Academy. For more tips, see our things to do in New Delhi page. 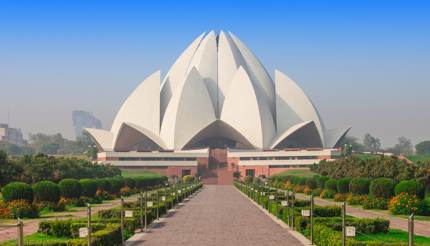 Tipping: if the restaurants don’t charge a service fee, then leaving a 10-15% tip is customary. 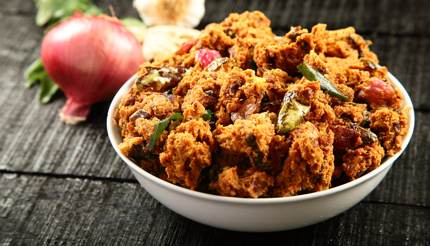 From basic backpacker hostels to lavish 5-star chains, Delhi has hotels to match every budget and taste. The areas north of Connaught Place and around Old Delhi are where you’ll find most budget hotels. One of the best budget options is Ginger Hotel, which is part of the largest chain of budget hotels in India. For a good top-end choice, Imperial Hotel, designed by the great colonial architect Sir Edwin Lutyens, is effortlessly elegant. See our New Delhi hotel guide for recommendations.

Delhi’s nightlife focuses on fancy bars in big hotels. The swankiest of all is 1911 in the Imperial Hotel. Named after the year when Delhi was proclaimed the capital of British India, this is an opulent bar with period furniture and 500 varieties of beverages. For club goers, Kitty Su at Connaught Place is a firm favourite. For more information, including where to go for live music in Delhi, visit the New Delhi nightlife guide.

Delhi is awash in bazaars. Most visitors start at Chandni Chowk and work their way through Paharganj, the state emporiums on Baba Kharak Singh Marg and the upscale shops of Sunder Nagar market. To make the most of your visit to Delhi, check out the complete New Delhi city guide before your trip. 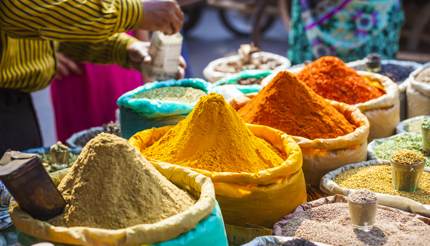 Spices on display in marketCurioso / shutterstock

Most nationals, including Americans, Australians, British, Canadians, and EU citizens need a visa to visit India. Also, you must have a machine-readable passport valid for at least six months from the date of arrival in India and with at least two blank pages.

To apply, visit this e-Visa website from the government of India. For more information, see our India visa & passport requirements page.

15 shrines and temples to visit in Japan